Skip to content
324 shares
Today I have a guest post from Isil at Smiling like Sunshine.
Hello Rainy Day Mum readers! I am Isil from Smiling like Sunshine and I am very happy to be a guest blogger here today. We were chatting with Cerys and she asked me to write about the importance of play in early childhood. 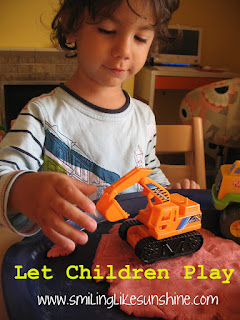 In today’s hurried world, we, as parents, sometimes feel  guilty of letting our children play. We feel the pressure to teach them their numbers and ABCs from a very young age. It is very easy to  feel like play is a waste of time. In some preschools, children are rushed trough an academic curriculum  and are not allowed the time to engage in play.

Is it really true? Let’s explore together what play is and why it is important in early childhood. 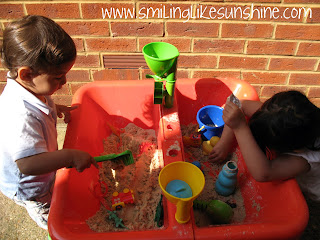 While we all understand what play means,  the definition of play is very broad, complex and has long been debated. The first person to introduce the idea that children’s play is important for their learning and development was Friedrich Froebel, the founder of the Kindergarten. Froebel said that “play is the highest expression of human development in childhood for it alone is the free expression of what is in a child’s soul.”

Children play to explore the world.  This is accomplished through physical, intellectual, social actions and interactions. The physical, mental and emotional health, growth and development of children are all supported by play.
Play theorists, Hughes and King state that “Play is freely chosen, personally directed, intrinsically motivated behaviour that actively engages the child”.

Children get the opportunity to explore physical and emotional risks and challenges safely through play. Play allows them to foster their creativity and through play children can gain self-control and develop their self-esteem. Pretend play helps children to make sense of the world they are living in and it enhances their social skills. 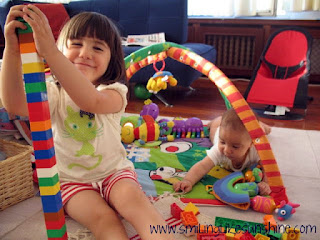 Children use play to promote their own learning and this supports all aspects of their development. Play is one of the most important ways in which young children are able to develop child-initiated, self directed activity. While adults reflect through literature, discussion or writing, children reflect through play.

Outdoor play helps children to develop their gross and fine motor skills. Playing outdoors helps to promote children’s physical well-being, attention, conflict resolution, and healthy weights. It also gives the children the chance to socialise and learn about changing seasons, gardening and animals/insects around them.

Pretend play helps children develop social and emotional skills. It also encourages language development as children negotiate roles, set up a structure, and interact in their roles in this type of play. Play sparkles sparks the imagination of the children thus helps them develop creatively as well as intellectually. Making play props or creating imaginary settings help children think creatively. 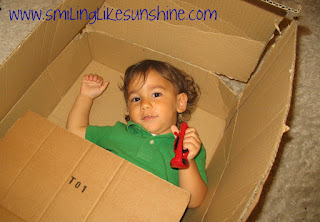 We  can support our children’s play by structuring the environment to encourage play. We can extend the play by sensitively joining the children, by invitation or by conversation. However,adults should never dominate the play.

Play starts from babyhood. Very young babies get to play through interactions with their parents/carers. Eye contact, facial expressions and cuddles provide playful experiences. Babies also play using their five senses. They reach out for the objects around them to manipulate and explore. They enjoy grasping and shaking them, putting them in their mouth and/or chewing them. As they get older, they also like physical play.

At this stage babies’ brains grow very fast, as they absorb all kinds of inputs in their environment.

When babies are able to sit upright, a whole new world opens up for them. A treasure basket, is an excellent way to ensure babies get rich sensory experiences.  A treasure basket is a strong basket filled with everyday things. These should be different in size, shape, feel, weight, smell, taste and sound and there should not be any plastic objects or toys. Children gain confidence when allowed to explore by themselves. The adult’s role is to observe the baby to make sure that s/he is exploring the objects safely. While the children are exploring the basket, the adult should stay attentive and quiet. S/he should not attempt to suggest, direct or praise the children about what to do.  Children can play with treasure baskets up until the age of two. It has been observed that children that play with treasure baskets develop their ability to concentrate.

Toddlers start using their new motor skills and this makes their explorations and plays more detailed. Biologically, at this stage, children master gripping, releasing, spreading their hands, coordinating their bodies as well as riding a bike or a scooter and throwing a ball. Toddlers use symbols within their play. For example my two year old son enjoys using a pretend banana as a telephone to call his grandma. These kind of pretend play situations help children to act-out real life scenarios safely. During the first three years, children develop a sense of their identity. They imitate things and think in images. Play helps toddlers to think in more abstract ways, involving the past and the future.

Three to four years olds start playing together and older children play together with shared aims. Children’s play experiences are heavily influenced by their family and friends.  Babies and young toddlers’ play is functional or constructive using play dough, blocks,etc. Three to four year olds like dramatic play whilst five and six year olds like socio-dramatic play. My five year old daughter loves playing shops. While playing shops, she incorporates maths and writing to her play.
During play, children coordinate their ideas, feelings and make sense of their world. They deal with their feelings and learn about other people’s feelings. During play they also learn about being kind to others and turn taking. Play helps children to become flexible thinkers and develop their intelligence.

Play is essential in early childhood because it contributes to the cognitive, physical and social development and emotional well-being of children. Research indicates that children learn best in an environment which allows them to explore, discover and play. Play opens up new possibilities in their minds and develops emotional intelligence.

My daughter started school last year and I sadly observed that some children are so busy with after school activities. Some are rushed to  courses straight from schol and there is little time for the children to rest and play. Childhood is a sensitive period that cannot be recaptured so it should not be spent on activities that can wait until children are older. We have to facilitate our children’s play by creating a challenging and exciting environment for play and extend their play where appropriate.

Isil is a Turkish mum living in the UK. An economist turned stay-at-home-mum to Defne (5 years old) and Derin (2 years old), she now trains as a Montessori teacher. Isil blogs at  Smiling like Sunshine. You can aslo find her on Facebook, Twitter, Google Plus and Pinterest.

A warm welcome to Rainy Day Mum, your hub of ideas and inspiration for kids’ activities, learning, crafts, and tasty treats they can cook themselves. From tot to teen whatever the weather there’s always something fun to do.
324 shares
324 shares