We’re presently undergoing speech therapy for our preschooler, her language and understanding are fantastic, however, over 18 months ago she suddenly woke up with a stutter or stammer what we’re calling Bumpy Speech, and since February we’ve been working with a local speech therapist to overcome this using a technique called Lidcomb where we’ve been working on her training me to give the one on one sessions at home daily working from reducing the stutter on single words and now we’re on full sentences and grammar. Making these sessions at home playful and fun has been one of my aims and today I’m sharing with you as this week’s #playfulpreschool post as this weeks theme is all about Ladybug’s – it’s not just for helping with stutters but also is a fun activity to work on language skills for preschoolers and can be adapted for toddlers with simpler prepositions or older children who could use it for working on sentence structure in writing. 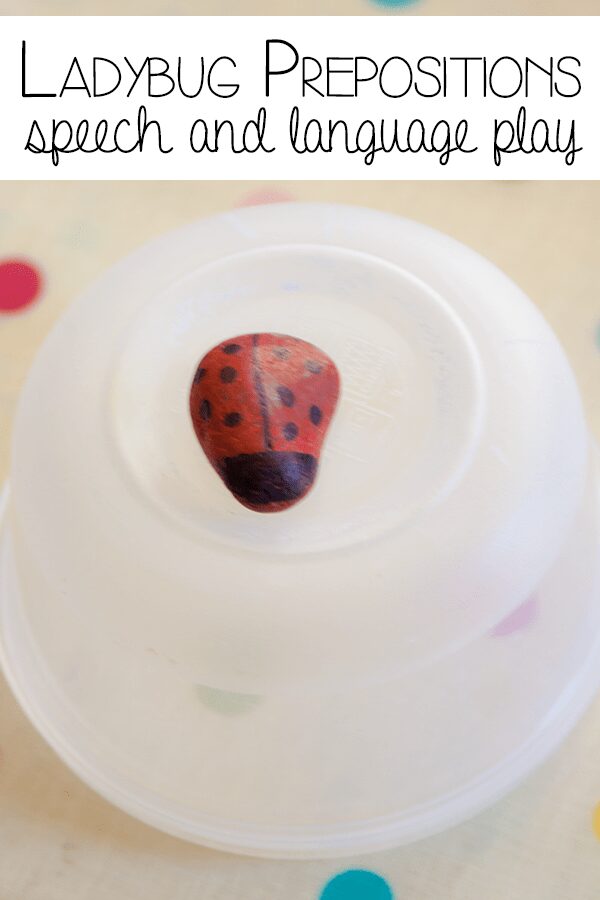 A ladybug – ours is a stone that I coloured to look like a ladybug, but a toy would work just as well
Objects – I used some from the dolls house and also from the junk modelling tray

Paper to write on (optional!)

If you need to make your ladybug if not them sit down and get started. I started off with a box and T then placed the ladybug in the box – I asked what was happening and she was great (yes we’ve done this a few times now) “The ladybug is on the box”. 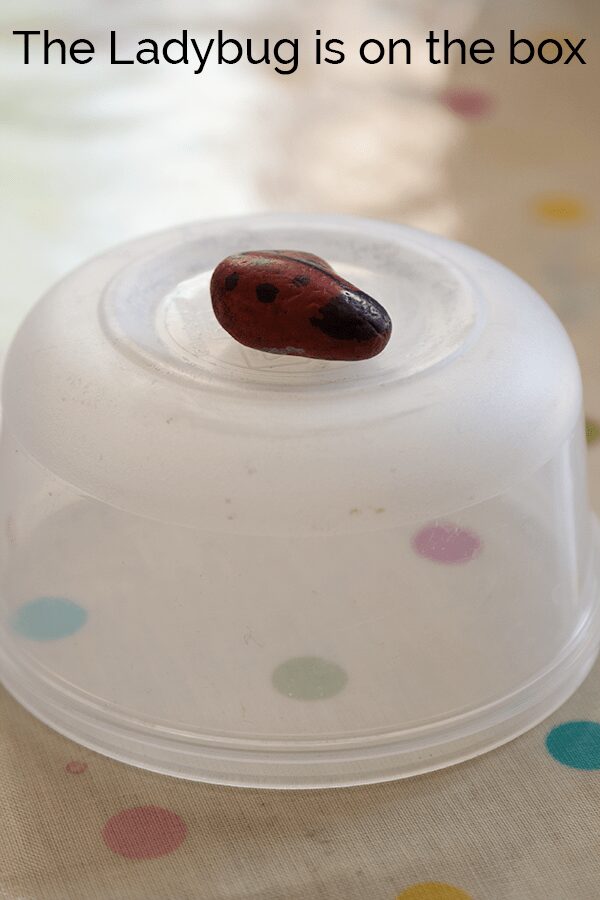 I start out with just one thing happening, examples may be 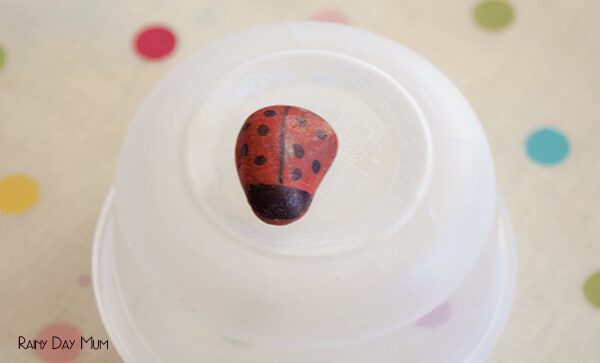 Adapting it to work with younger and older children

You can work on understanding of prepositions as well as getting them to tell you the prepositions by giving them the sentence in the first place – so you tell them to put the ladybug in the box, 1 set of instructions and as they get the hang of this you can combine for the 2 sentences.

We used the same ladybug to work on sentences with my older child and he wrote down the sentence including the prepositions, with the two situations he added connecting words to make the sentences longer and liked to involve different objects and characters.

Ladybug Science Experiment – The Educators’ Spin On It

A warm welcome to Rainy Day Mum, your hub of ideas and inspiration for kids’ activities, learning, crafts, and tasty treats they can cook themselves. From tot to teen whatever the weather there’s always something fun to do.
326 shares
326 shares