Simple activities that both my kids can do without drastic changes to the equipment or the plan are fantastic and with a preschooler and a year 1 the leap in their learning is quite drastic. We love ladybugs and whilst T and I were playing around with the ladybug for some speech work the other week she pointed out the spots on our little ladybug and wanted to count them so that led me to put together a quick activity that we could work on counting 1 to 1 correspondence with her and with my son working on predicting results as well as symmetry in nature with the ladybug spots. 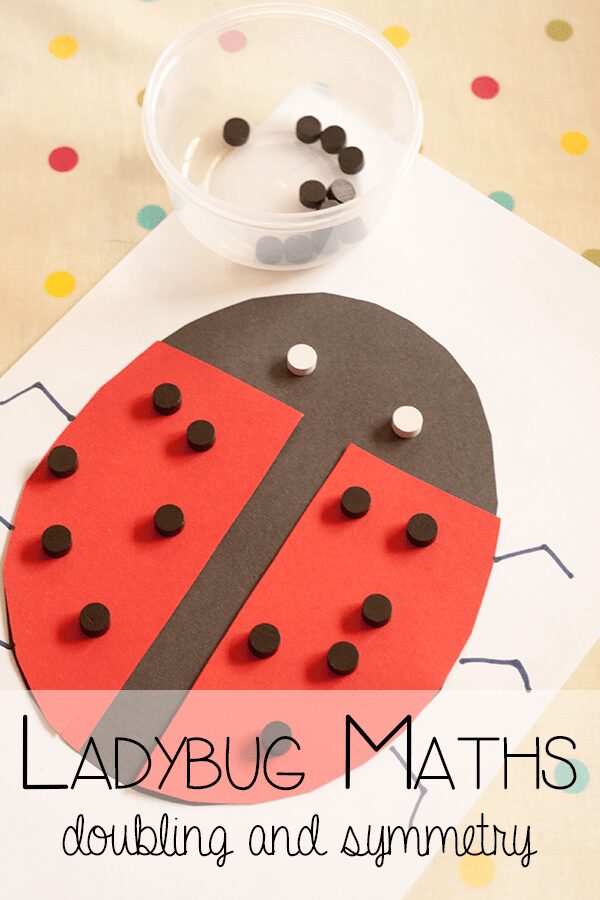 I cut out a red and black oval for the ladybug’s body. With the red cut off part of the small end of the oval so that it can be placed on top of the black and show a head.

To make it easier to see the “wing cases” of the ladybug fold the red body in half lengthways and then cut down the centre 1/8inch from the fold so that you have two smaller than the body wings. 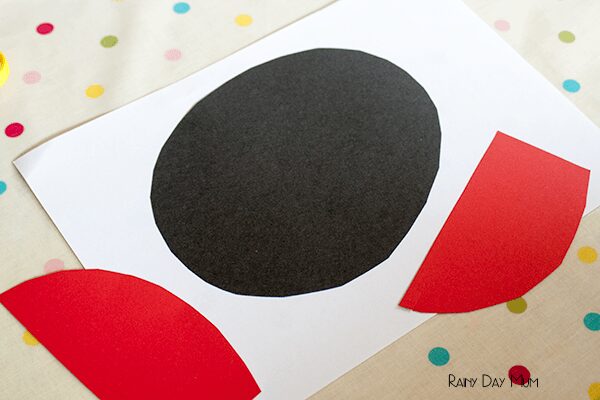 Glue all together and you should then have a ladybug with 2 wings and you can easily see the divide. Add 6 legs and you are ready to go.

1 to 1 Correspondence and Symmetry

Working with T my preschooler I placed a white bead for the eye and then set out a number of the beads on one of the wing cases of the ladybug. 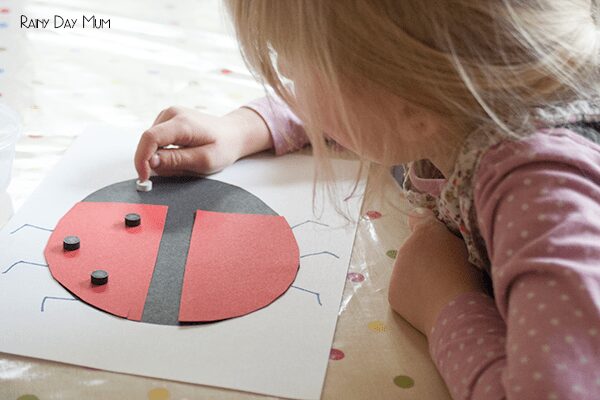 She then counted out the black dots and the white dots. When she had the number she then placed the dots onto the ladybug cases. 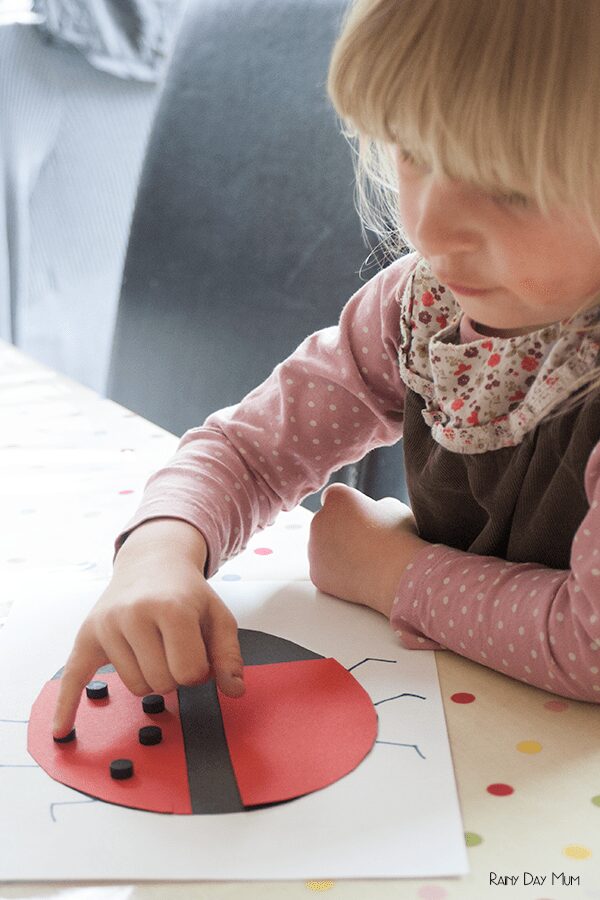 With the dots roughly placed we then talked about making each side the same as she had counted them out into a clump. 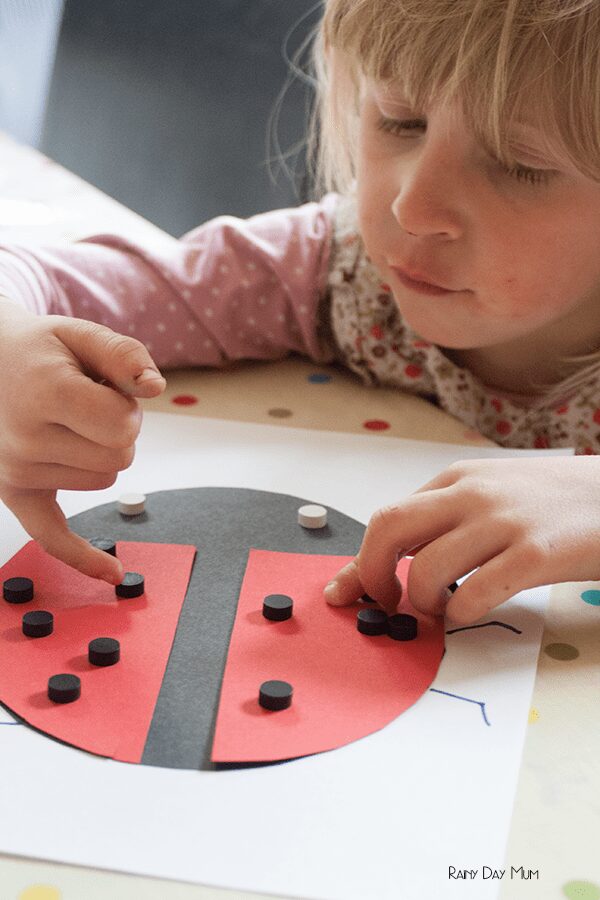 She tried to arrange them to match the other wing case.

With J (year 1) we worked on doubling and symmetry. I explained first off that ladybugs have matching dots on each of the wing cases, with the same number and the position, so we were going to work on doubling the number of a single wing case and then using symmetry to mirror the dots from one wing case to the next. 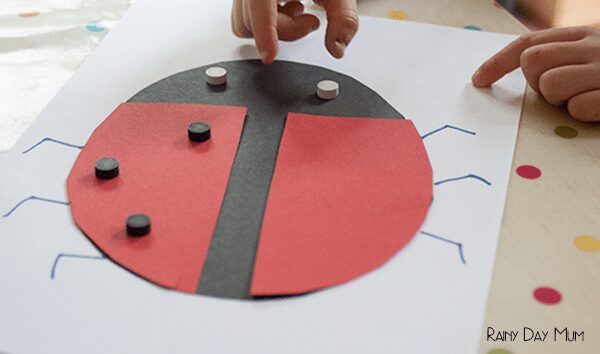 He doubled them in his head and told me the number, then he counted out the number of beads that he would need and added them to the other wing mirroring what was already set out on the other wing case.

With all of the dots in place, he then counted to check his prediction and we changed numbers.

A warm welcome to Rainy Day Mum, your hub of ideas and inspiration for kids’ activities, learning, crafts, and tasty treats they can cook themselves. From tot to teen whatever the weather there’s always something fun to do.
1289 shares
1.3K shares