When I was pregnant with our second we didn’t find out what we were having and part of me was really excited to have what I was convinced was going to be another boy. I had taught in an all girls school and the pressures that I saw the girls being put under every day through peers, parents, social media, magazines, books, TV, radio, music was enough to worry me. When my expected boy popped out and wasn’t a boy at all it got me thinking and worrying! How could I raise a girl in today’s society that would grow up strong and free and not feel the need to cave into those pressures and conform to the modern picture of girlhood and a young teenager? 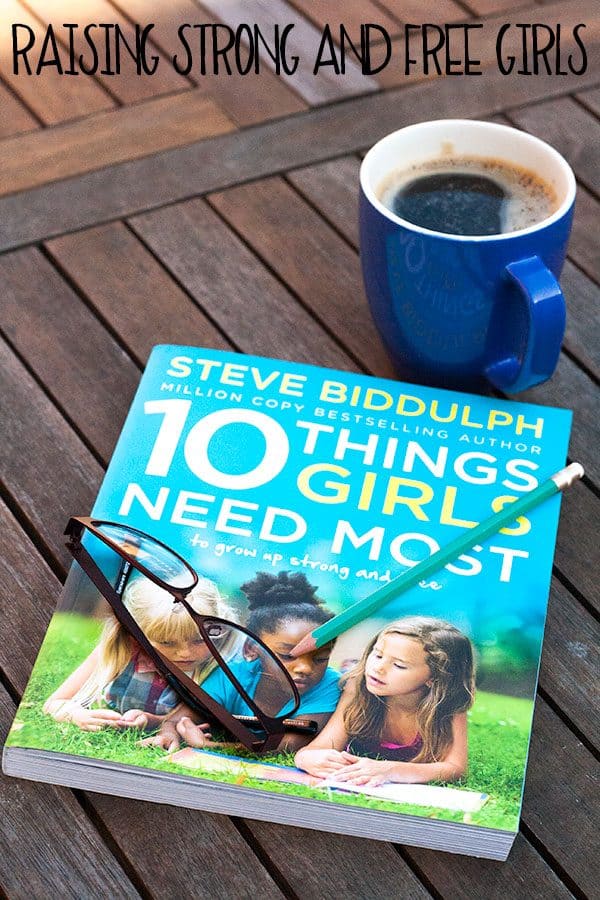 With my son, I drew on my research background, the childhood development and education I had studied as well as listening to others parents and purchased Raising Boys by Steve Biddulph. My son is now approaching 8 and believe me I’ve just re-read a couple of chapters as it deals with issues that arise around that age in boys. So when I was asked whether I would review 10 Things Girls Need Most to grow up strong and free by Steve Biddulph I said yes. Steve Biddulph has worked with parents for years and in this book, he helps provide actionable ways that you can help your daughters through what is one of the biggest mental health crisis we have seen.

I am a strong female, I have proved many people wrong when it comes to what they thought a female could do as a profession – yes Mr. Career’s teacher I’m looking at you. BUT… for me, the pressures weren’t there from so many sides. I did read the fashion magazines from time to time but, they weren’t as interesting as BBC Wildlife Magazine, National Geographic or New Scientist because I had a path I wanted to follow and I was determined.

Over the years, I started working with student groups in and out of the classroom in 2001, mainly teenagers and by the time my son arrived I was working in an all-girls school in the secondary school department. From having the role first as an environmental educator, the young female researcher on the beach with a surfer’s tan that spent my days and nights there to their form teacher I saw the changes that were happening and how when I started out and from my own teenage years we were told we had the power, to those last few years when it was slipping. Now we arrive at the point where earlier this year the world joined together to march for women as so many things had changed and we are feeling we need to fight for our rights again. 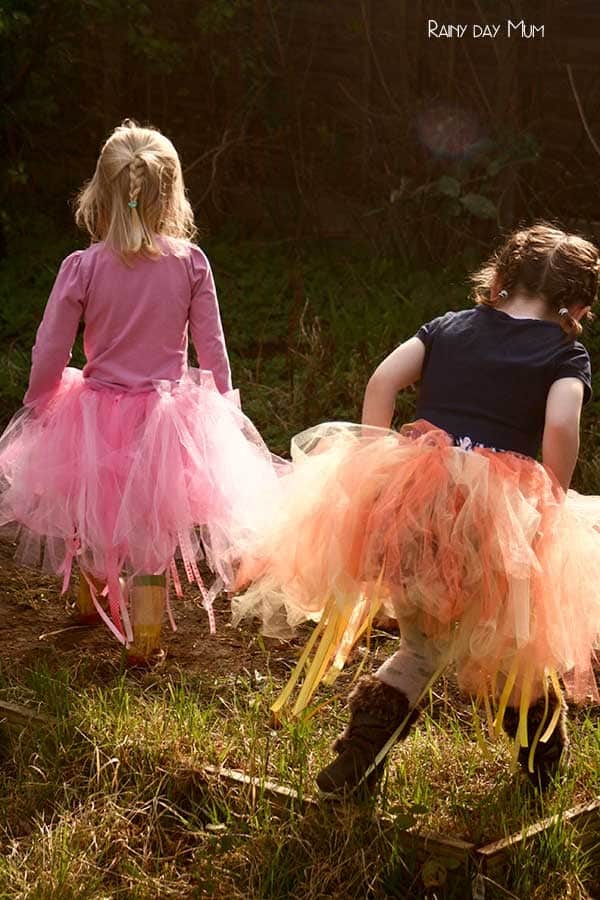 It’s not just me that’s seen the changes – in the foreword of the book. The Battle to Set Girls Free Steve Biddulph says

Throughout the last hundred years, things have got better for girls. People fought hard for our daughters to have more equaility and opportunity and to be less pushed into narrow boxes of what a girl, or woman, could be. But about ten years ago- it’s hard to say just when – all this started to change. Girls who had flown up in the sunshine of a century of feminism started to go into a nosedive.

He also talks about the mental health of girls – 1/3 of all girls suffering from depression according to the Department for Education and the NHS reporting that 20% of girls are self-harming and 13% have symptoms of post-traumatic stress. It’s not just girls, the same is being seen with boys but in lower percentages, likely because it’s not being reported as much.

The reasons he goes on to explain are varied from screen time, social media, traditional media, not enough time in nature, less time with older and wiser generations and pressures the education systems are putting on our children.

And from that point on, the book transforms from a normal parenting book to be a toolkit for parents, carers, and teachers to help them by giving them information, background knowledge, ways to identify, strategies to put in place to help you whatever your role with raising strong and free girls.

The book is available to order from our affiliate links on Amazon.co.uk and Amazon.com

The book is divided into 10 sections. The 10 Things that girls need the most and it’s not fashion advice, or the latest hairstyle trends instead it’s broken down into the chapters

Looking at that list you are probably thinking those seem pretty standard what makes this book able to make a difference. Unlike other books, you will need a pencil with you as throughout there are questions that let you think about your daughter, yourself, your partner and the family.

Within each chapter you get an introduction, then you look at the situation you are in. My daughter is 6 now, she’s entering that age where friendship skills are learned. As she started school last year we made a decision and moved her to a new area, without the contact of friends she had made in preschool, we have watched her grow and develop over the last few months.

Seeing her make friends from the start is an interesting perspective. At the previous school she seemed to have many friends but not many great or close friends and as I worked through the chapter it was eye opening.

My parents weren’t keen on some of my friendships I made over the years, they were never rude to the people in question but in our home. I was encouraged that I should cultivate different friendship groups. A line caught my attention and as I was the one that took a piece of string and went as far away from home to the university and then lived in the Costa Rican jungle for a while I can see the similarities.

“one mother…. kept making interventions and suggestions to a maddening degree. Her daughter just became more and more private. The minute she was old enough, she volunteered for an aid project in the Amazon rainforest. That’s a long way to go to get some personal space!”

I have to say that was me. I don’t regret it and I think I probably would have done it anyhow because the university had the best course and the job I had in Costa Rica was my dream job as a 21-year-old. But…. would my teenage years have been easier if instead of that criticism of friends I was encouraged to have the friends that were right for me then probably yes.

As I said we moved and one thing that I haven’t set up for her yet is joining the girl guides as a rainbow or as she seems more inclined at the moment to join the Scouts with her brother. Reading through my biggest takeaway was the mixed age groups that girls need growing up. She already gets that from attending formal ballet classes where the older senior dance students support and help with the younger ones. Her school is small so she’s not always in single year groups but mixes freely at lunch and playtime with older and younger friends – something that the large inner town school prevented.

But…. organisations like Girl Guides and Scouts do so much more. They mix with multiple ages, different nationalities, have strong role models in young leaders as well as the group leaders. They participate with other groups regularly meeting and growing friendships even if it’s only for camp once a year. Today, I have sent inquiries about space because although school friends are important and they will be with her for years as she goes through the school system it’s those outside of school friendship groups that matter too.

But it’s not all lost. As you work through that chapter and all of the subsequent chapters you see simple, easy ways on how you could adjust and adapt to help provide the things that girls need. 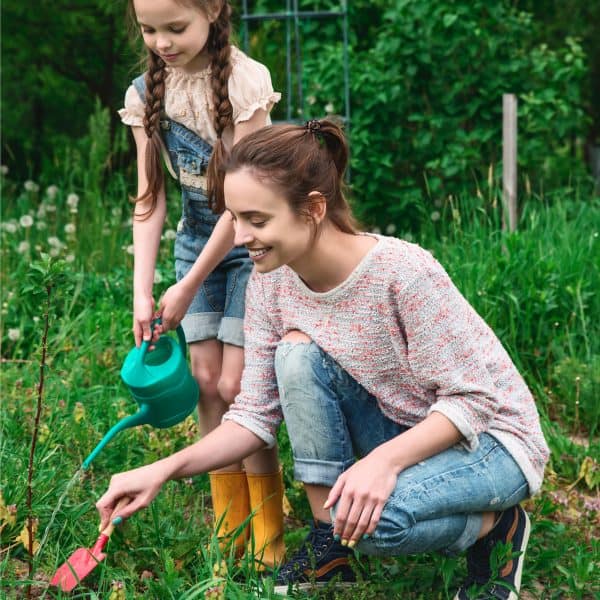 It’s not going to tell you to throw the screen out the window and ban TV for life, that would be extreme and probably won’t work for your family. But, it will talk about monitoring, talking, slowing down, letting girls be girls, not miniature adults.

Would I recommend the book

Yes, if you are interested in parenting books, worried about raising your daughters in today’s society and the ways in which you can help or regularly work with young girls then this book is a good addition to your bookshelf.

The questions within provide some thinking points that all parents could use as although it talks about raising strong and free girls. From experience, we also need to do the same with our boys. Having read lots of parenting books though, this one wouldn’t just be a read and return to the library, or read and give to the charity shop this is one that will help you now and with your daughter in the future.

And us…. well we’re off to garden with our daughter, ride the bike, jump in puddles and create fairy castles under her bed.

We were sent a copy of this book for review.

Read Skills for Life to Empower your girls next 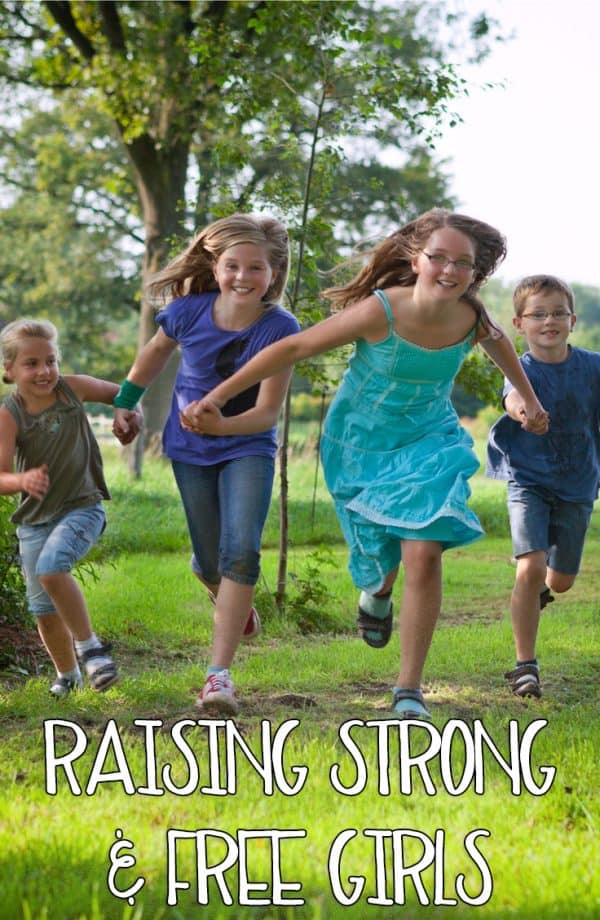 A warm welcome to Rainy Day Mum, your hub of ideas and inspiration for kids’ activities, learning, crafts, and tasty treats they can cook themselves. From tot to teen whatever the weather there’s always something fun to do.
84 shares
84 shares