I must have spent most of the time from when T was born until she turned 2 and a half, saying to one child or the other “use your kind hands, as they would be hitting, pushing and pinching each other half the time. As this week’s #playfulpreschool theme is Kindness, I thought it would be fun to use kind hands as inspiration for some learning. Again we are focusing on maths skills and knowledge like last week’s Pancake Shape Toss. 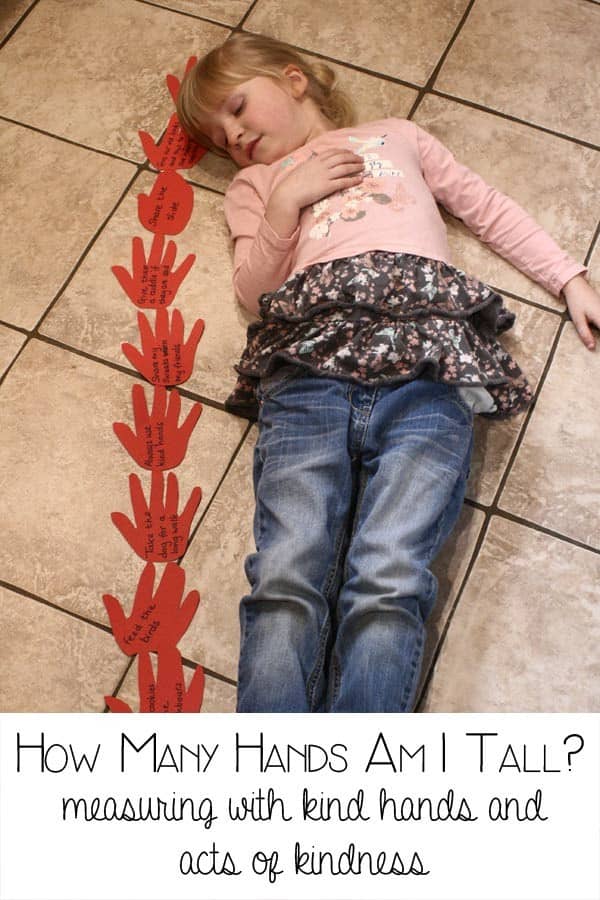 Measuring is one of the areas that early years numeracy in the UK focuses on – the language used and some idea of standard and non-standard units of measuring. As a child, I was always fascinated by what people did before there were standardized measures. How could more than 1 person work on a huge project (like building the pyramids) when, according to my history lessons at school, they used measurements like fingers, palms and short cubits (distance from finger tip to elbow) to measure with? Yes, logic tells me that they must have marked these out for big projects, but it was still fun to think of the chaos that would have ensued if everyone used their own measurements. We decided to take this idea of measuring, and use our kind hands to measure how tall we are, and then took the opportunity to write ideas for acts of kindness that we can do.

Start off by drawing around your child’s hand – it’s fun to try and see your child trace around their own hand if they’re old enough to. We drew around T’s hand 3 times before she became bored of having her hand drawn around. 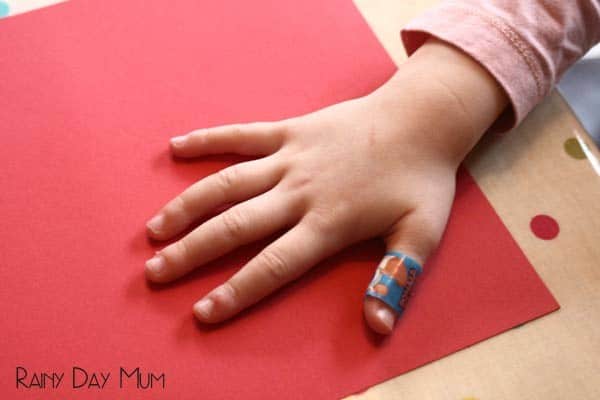 With the 3 different hands I quickly cut them out and used them as templates to produce more hands. T enjoyed drawing around the template hands and as I made them. She also used a piece of paper and made some of her own. 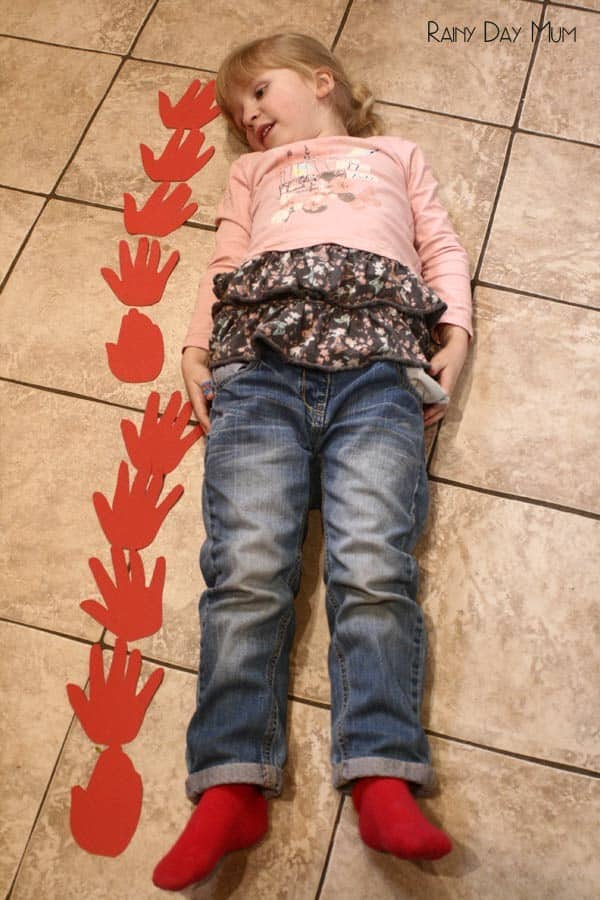 I got her to lay down on the floor and I said “we’re going to measure how many of your hands tall you are”. She’s very into measuring her height at the moment as she’s now taller than her older brother.  Because she likes to keep checking to see if she’s still taller than him, she found this idea quite fun. 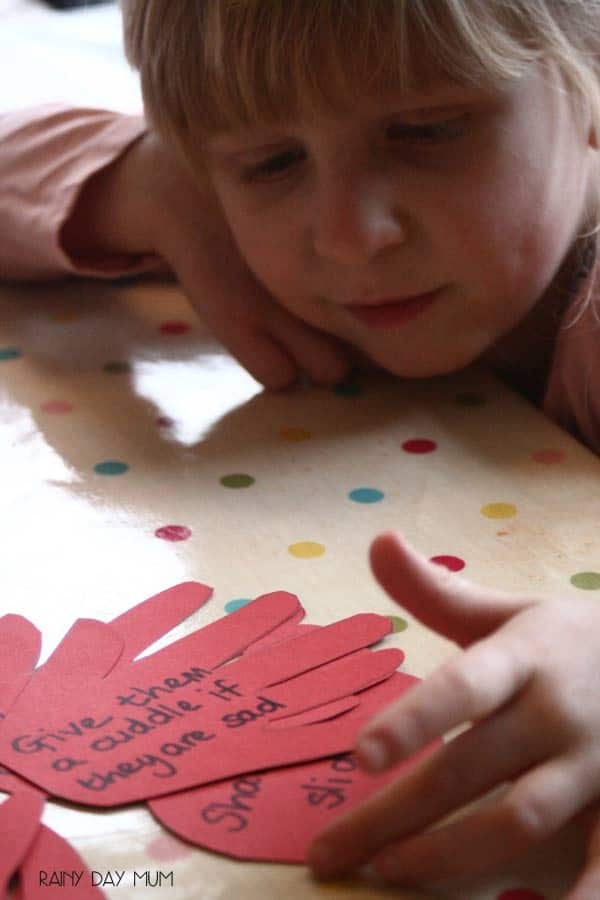 I laid the cut-out kind hands in a row beside her, and she counted them out as we laid them down. She was 10 kind hands tall. She then wanted to measure me with her kind hands. I was apparently 100 hands tall (everything at the moment is 100). 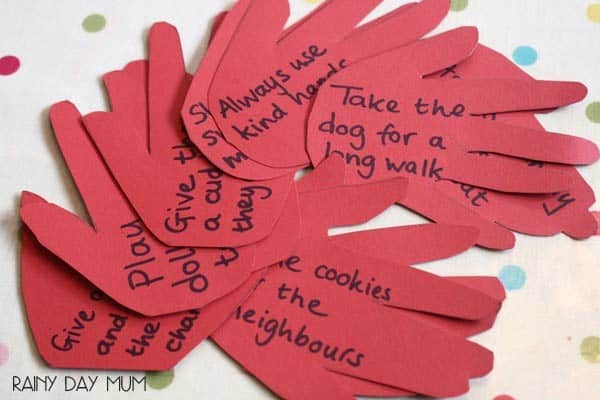 With the number of hands known we then sat down and chatted about kind things that she could do for her family, friends and animals. She came up with 10 different things including  “Take the dog for a long walk”, “Be helpful so mummy doesn’t have to shout” and “Share the slide”. 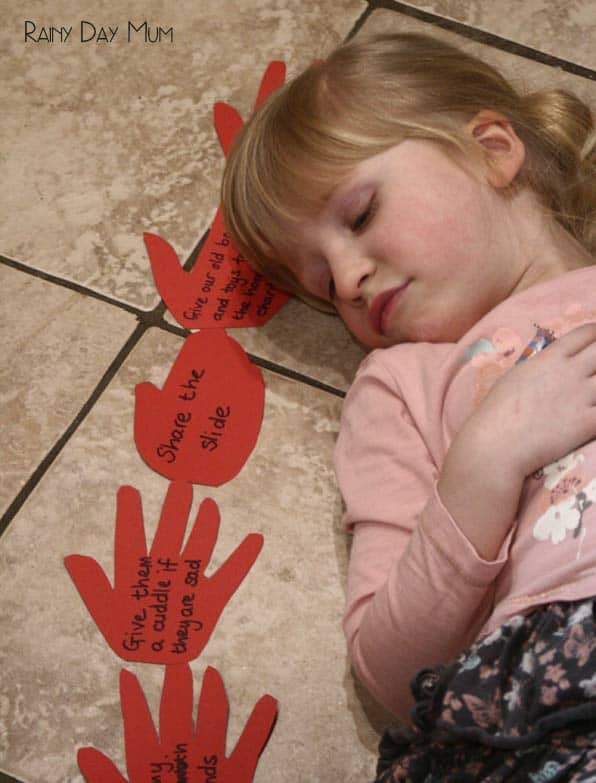 Other hands on maths activities for preschoolers 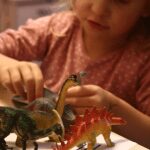 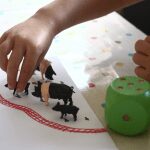 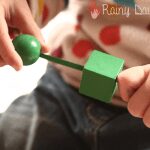 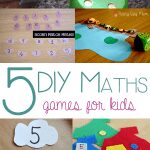 Check out these other fantastic learning and creative ideas for preschoolers this week as part of the playful preschool team.

Writing Activities: Kindness Postcards by Growing Book by Book
Writing Kind Notes with Alphabet Stamps by Mom Inspired Life
7 Songs to Teach Kindness By The Educators’ Spin On It
How many kind hands am I tall? – measuring with hands by Rainy Day Mum
Teaching Kids Kindness by Making Cards for Sick Children by Capri + 3
Virtual Kindness Notes from Kids by Still Playing School
Kindness Activities Preschool Chart by Fun-A-Day
Teaching Preschoolers Kindness with Bob and Larry by Life Over C’s
792 shares
Author

A warm welcome to Rainy Day Mum, your hub of ideas and inspiration for kids’ activities, learning, crafts, and tasty treats they can cook themselves. From tot to teen whatever the weather there’s always something fun to do.
792 shares
792 shares