Some point during the preschool years with most children it suddenly clicks that marks on a page have meaning, that these are words and words are made up of letters and these letters anyone can write. We’re suddenly at that stage with T and she wants to write letters, words and it’s constant. Getting good letter formation and the shapes of the letters is so important, J taught himself how to form letters and we’re now into our second year of un-teaching and re-teaching him how to correctly form letters so as to make the progress to cursive writing easier. T on the other hand wants to learn by copying, tracing, us helping her and watching – one her favourite activities from the summer was letter writing in the air and we now will lay on our bed and write letters in the air. With feathers being this weeks topic for the playful preschool team I decided to use feathers to write with and practice letter shapes, letters and patterns. 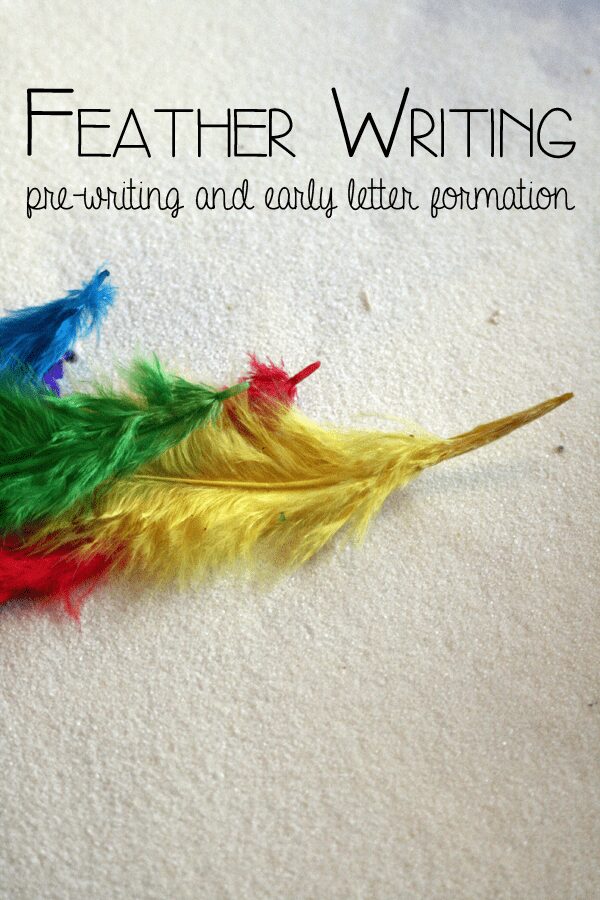 We’re working on letter formation so my objectives were to practice the components of letters as well as some of the letters that we have learnt to write using a different method.

Very little preparation needed, I added salt to our tray and placed a few feathers on the tray. 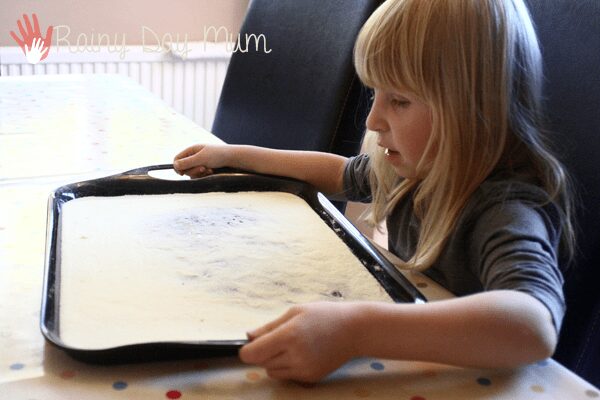 We started off with a discussion on which end of the feather to use – this was great to introduce some science language – quill and vane – the quill being the shaft of the feather and the vane being the feathery parts (this was enough knowledge for now!). T initially made marks in the salt tray using the vane of the feather, but when she had made the marks we examined them and she pointed out that they looked like paint brush marks and not the writing marks on the page. She then switched to using the quill end of the feather for writing. 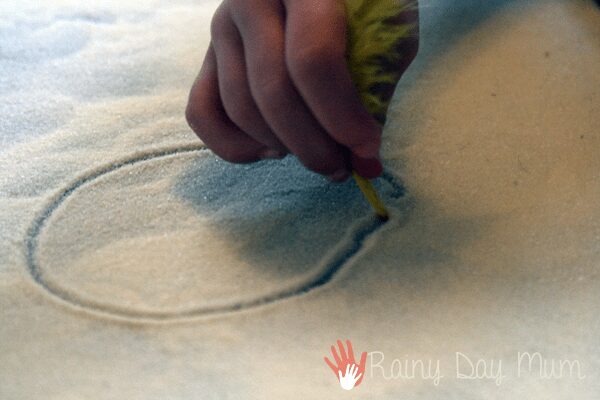 The feather was a good tool to use for pre-writing, she has a tendency to hold pens and pencils quite high up but with the soft downey feathers at the base I was able to get her to hold the feather in a good grip to make the marks.

We started off with some shapes that form letters – lines, circles, diagonals and waves. I would draw in one corner what I wanted her to mimic and then she would draw in the main part of the tray. 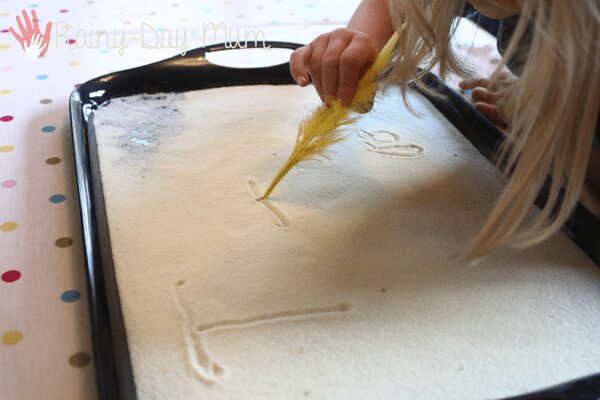 She is great at writing her own name now – so we worked on letters in her name T being the first. 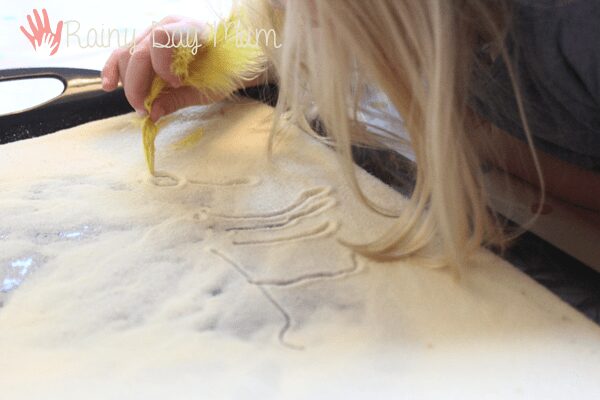 I am working on introducing letters with her name first and then through the Jolly Phonics method of introduction as this is complementary to what she is doing in preschool and will be doing at school come September. So we worked on the “s”. 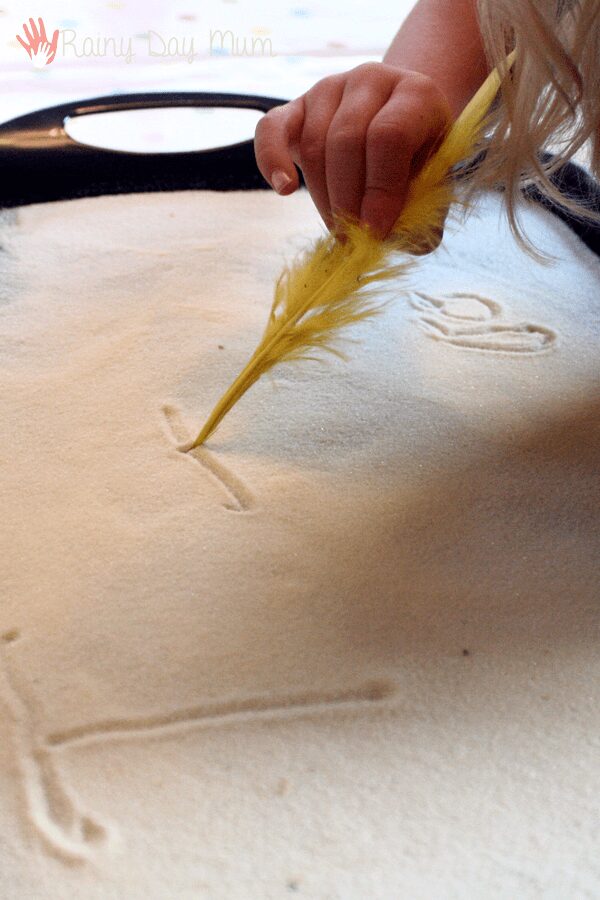 Other ideas for feathers.

Turkey Learning Games by The Educators’ Spin On It

A warm welcome to Rainy Day Mum, your hub of ideas and inspiration for kids’ activities, learning, crafts, and tasty treats they can cook themselves. From tot to teen whatever the weather there’s always something fun to do.
5120 shares
5.1K shares