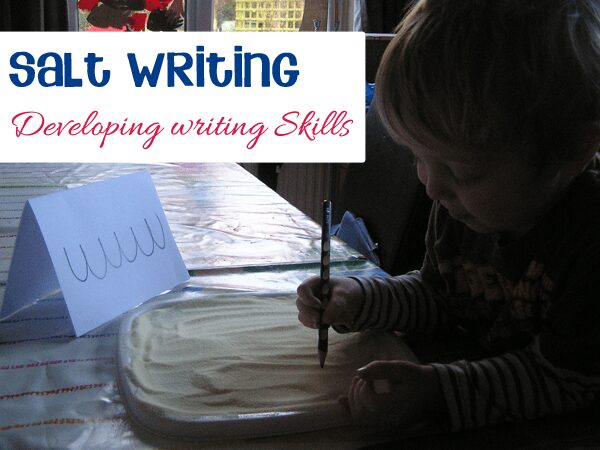 At some point in preschool years children start to develop an interest in letter formation and writing moving on from scribbles and circles to noticing letter forms and wanting to copy. J is at this stage and very interested in letters at the moment so I set up this preschool writing activity for him using a Salt Tray. Having seen The Imagination Tree’s Sensory Salt Tray around this time last year  I set up something similar for him using table salt (uncoloured).

What you need for this preschool writing activity

Setting up and working on preschool writing

Looking at letter formation there are some standard shapes that are used in forming most of the letters, lines, circles, waves and zig zags so I focused on producing some cards that showed these for J to replicate in the salt on the tray. Folding a piece of paper in half I drew a set of lines, shapes on one half of the paper and made sure that it would stand up on the table and set up the tray with the salt on it front and introduced the activity to J. 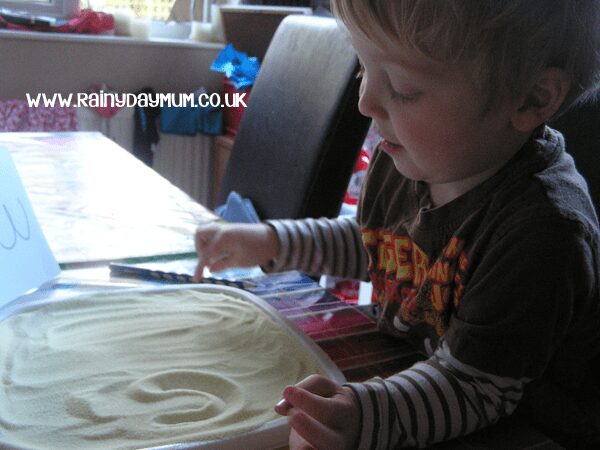 Initially using our fingers I showed J what we were going to do and then J started – his first instinct was to remove his hand at the end of each part of the sequence of shapes as in the image above but we worked on forming a continuous line as if he were to form a chain of u’s or w’s. 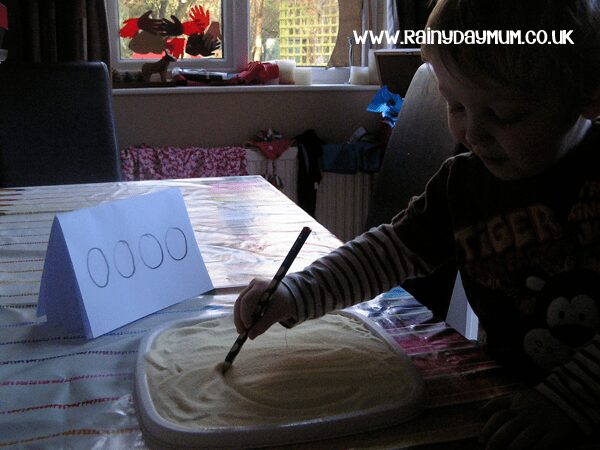 Using a pencil with grips on J worked on his favourite shape a circle – we are working on pencil hold at the moment and you can see he has the grip now we need to work it lower we’ve been using the tips from this video from I can Teach my child. 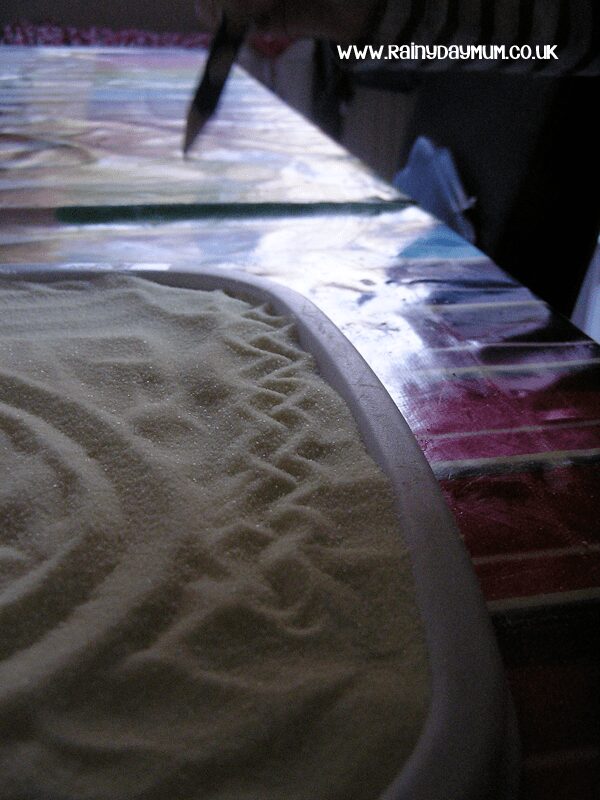 One of the things I love about preschool and early years of school aged children’s hand writing is the difference in the scale of letters they form – J loves drawing circles and his circle was miles bigger than the other forms he drew in the salt tray – the zigzag he found quite hard and drew very small in the tray. 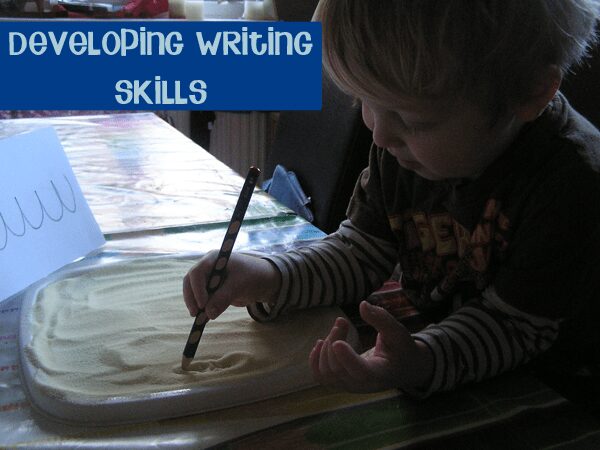 When we finished the activity I poured the salt into a ziplock bag and put into a craft/writing equipment for another day.

A warm welcome to Rainy Day Mum, your hub of ideas and inspiration for kids’ activities, learning, crafts, and tasty treats they can cook themselves. From tot to teen whatever the weather there’s always something fun to do.
821 shares
821 shares