Today’s Challenge:  Building with Blocks!
You need to dig out any wooden blocks, Duplo or Lego pieces that you have and get ready to tip them all over the floor and follow some fun challenges and contests!!

Now we love blocks – we have played with them before. The first time we did the challenge J made animals, I also did a post on Baby Play with blocks. But it seems like J and T have stepped it up a gear where blocks are concerned. 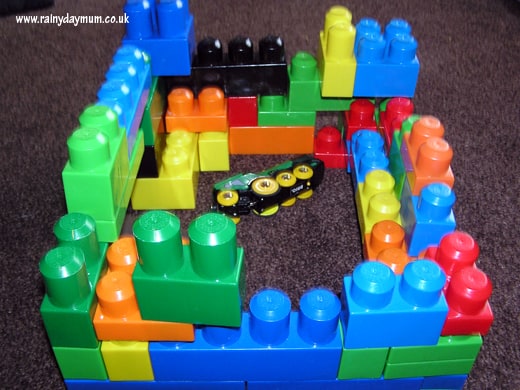 Our block box has grown – it’s now the biggest toy box in the house and has permanent residence in the lounge/playroom and is often used as a coffee table in the evening. So when I got it out J and T’s eyes lit up. I was told we were to build a fort for his scoop toy…. So  agreed and said “We” would be building it and gave him some blocks – at the moment we are having a phase of “Mummy do it” so getting him to work with me helped build his confidence. It was a great fort….. 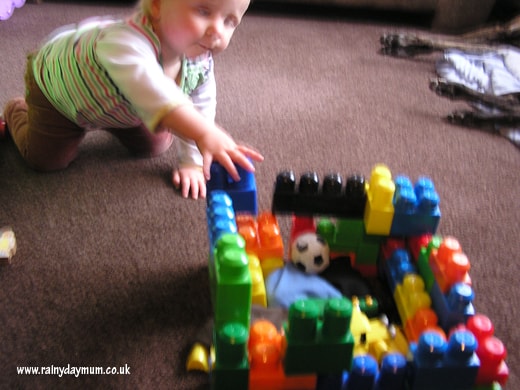 Until the T monster dove in and bombed it with a football and her feet. 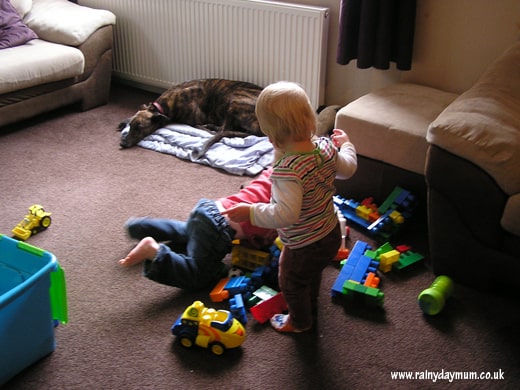 This caused a little upset as you can imagine. But we started to build towers to see how big we could get them. J quickly decided that single bricks weren’t a good idea, the doubles worked slightly better but his favourite was the 2 by 2 bricks which he managed to find all of and join together. He then stuck a face on the front and declared that he had a snake and proceeded to slither it around the room. 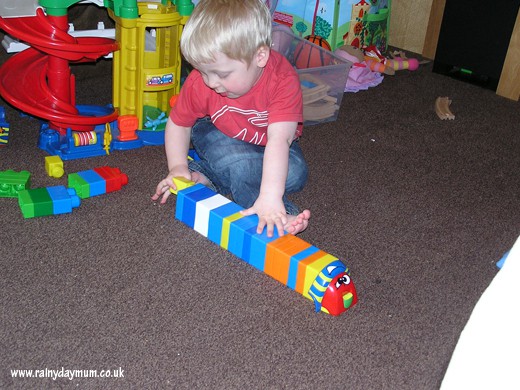 T meanwhile was carrying out her favourite activity – getting in and out of the box whilst she was in the box she would pick out as many bricks as she could and throw them out shouting “I DO IT” “OUT” all the time. 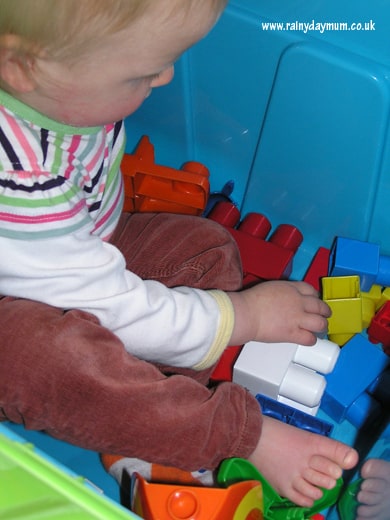 If you would like to join me in the 30 Days of Hands on Play Challenge that Hands on as we grow and The Imagination Tree then you can sign up for e-mails to get the challenges daily to your inbox and play along.

A warm welcome to Rainy Day Mum, your hub of ideas and inspiration for kids’ activities, learning, crafts, and tasty treats they can cook themselves. From tot to teen whatever the weather there’s always something fun to do.
25 shares
25 shares