Here’s something that you probably don’t know about me: I don’t own white clothes. It’s not because I don’t like white, but because I don’t like what white becomes after a few washes. In fact, my white wash consists of my eldest’s school polo shirts, a couple of my husbands work shirts and the kids underwear so I’ve always had to make sure that I have enough shirts to last a week for the kids because I hate putting on half a load of laundry and instead, I stock it up. Vanish have recently released Vanish Gold for Whites and there is a claim that it will make your whites clean and also 3x as white. Having tried things like this before, I was very skeptical, but decided to give it a go. I do love a challenge. 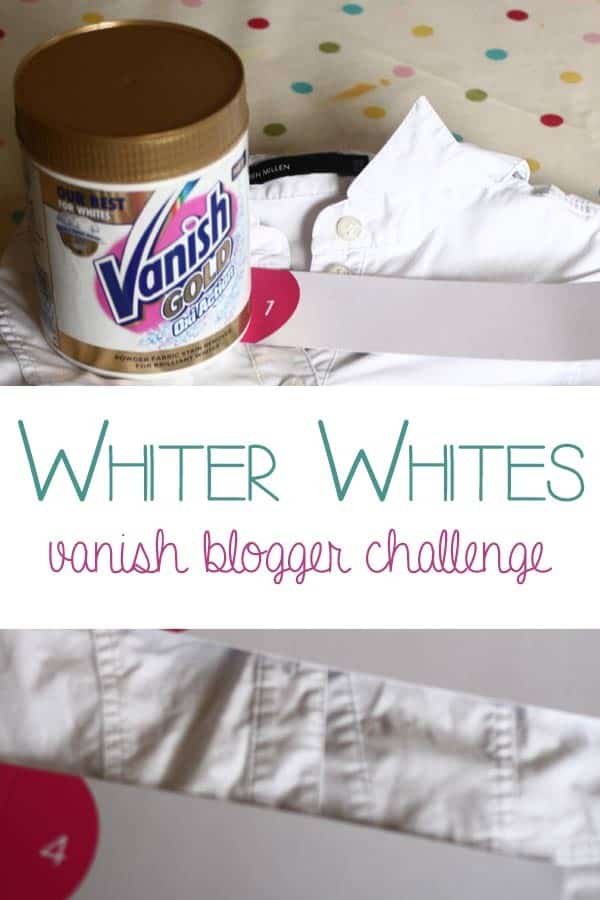 Collecting up our weekly whites wash, and complete with our white guide from Vanish, I set out selecting some of our whites – a white shirt (kindly provided by Vanish which had been aged), a school polo shirt, vest and cami top and I graded the whites. The white shirt was a clear 4 on the white scale and that horrid dish rag grey colour. The school polo shirts half way through the year a 2 – 3.  The vests and cami top were the same. 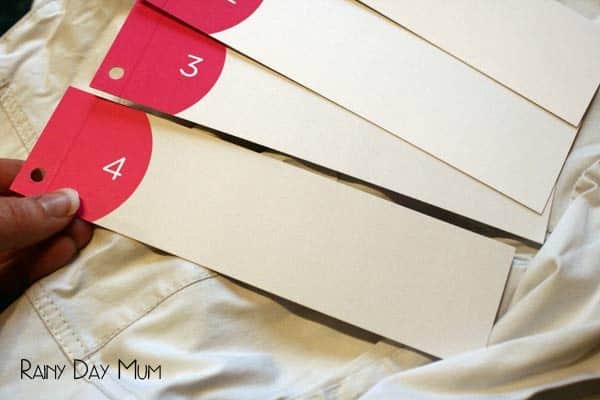 Following the instructions fully – I must admit that has been part of what I have failed at in the past – I mixed up 4L of warm white with the cup of Vanish Gold for whites, and soaked the clothes for around 5 and a half hours. It says a maximum of 6 hours so thought I would go for as near to that as possible. 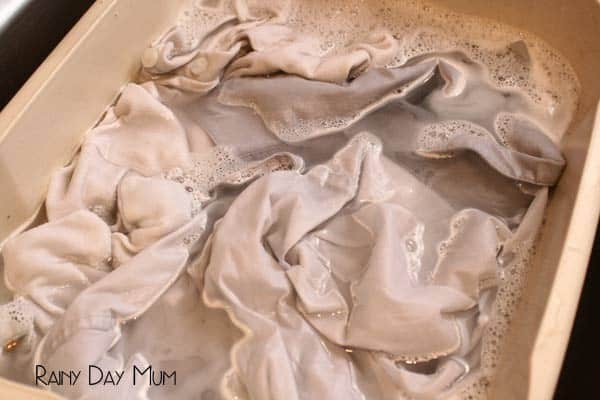 Once soaked they were put in the wash and a cup of the powder added to the draw – as it clearly states that for added whiteness this could be done so in it goes. Wash the clothes as normal and then dry.

As they got taken out of the machine I tried to work out whether they were actually whiter or not. I had no idea. They were wet, and everything looks different when it’s wet.

Well…. you and I wouldn’t believe it. After 1 wash – the white shirt, which had been a clear dish rag grey with a 4 on the white scale has come ou,t and the number 1 on the white scale is darker than the shirt! Now it’s not an optical illusion (not like That Dress)! It really is whiter. 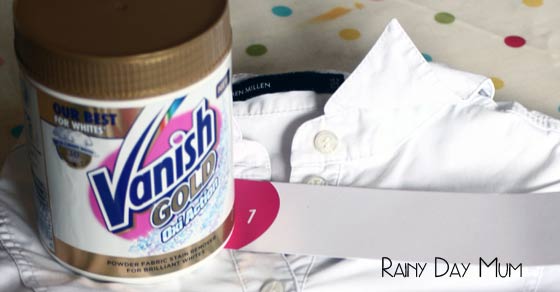 The school polo shirts look like the new one we got at Christmas instead of looking like they’ve been since the beginning of the school year, and my husband’s shirts which I didn’t soak but instead just used the scoop in the wash, are whiter and brighter as well.

Once a skeptic who didn’t believe that it would actually work, I’m now a believer.  I’ll be adding a scoop to our whiter wash each wash, and I’ll be heading out to buy some white tops for summer (for me – not for the kids whilst they are still so messy).  I am going to be adding the tub of Vanish Gold for Whites to our shopping list regularly.

This is a sponsored post on behalf of Vanish Gold for Whites as part of their blogger challenge. All images, words and thoughts are our own.