Today is the first of a series of Guest Post on Rainy Day Mum from some of my favourite Bloggers from around the world. Today I’m handing over to Carolyn from The Pleasantest Thing a regular contributor to Tuesday Tots linky and some Science of Music.

Hello, Rainy Day Mum readers! I’m excited to share with you a fun music activity my boys (4 1/2 and 1) and I did recently. 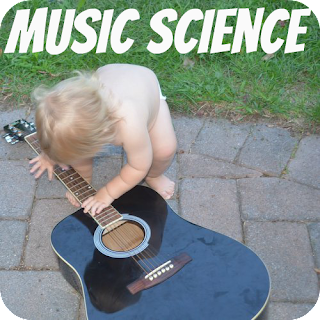 Little kids love creating music. Anytime I bring out our instruments, the kids dive right in, surrounding us with bangs and quavers and ringing. During our last jam session, I added a little science to the fun.

My children are 4 1/2 and 1, so while they are too young to grasp the concept of pitch and compression of air, they can observe and experience the concepts at work.

I asked my 4 year old to make louder noises and a quieter noises. This way he could feel that when he makes a louder noise, vibrations were stronger. When he was quieter, the vibration was weaker. 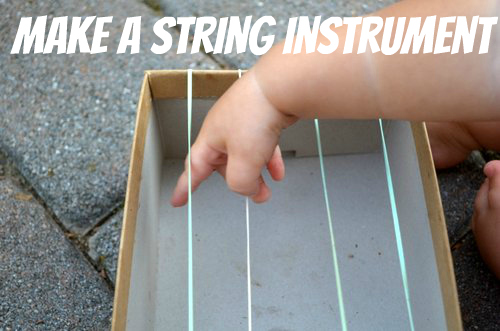 We played with our guitar, plucking on strings and seeing that the strings vibrate over the sound hole and make noise, and that the noise stops when we put our fingers on the string, stopping the string’s vibration. 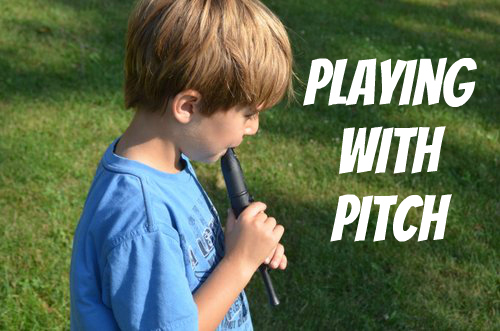 I introduced the concept of pitch by drawing his attention to the differences in sound created by covering the holes. Before we tried it out, I asked him if the sound would change if we covered up the holes as he blew on it as compared to when we just blew leaving the holes uncovered. Then we tried both ways, to demonstrate the difference in sound.

My children are a bit young to get into anything beyond the introduction of the concept of sound as vibration. If you have an older child, this website has a great demonstration on pitch and amplitude.

A warm welcome to Rainy Day Mum, your hub of ideas and inspiration for kids’ activities, learning, crafts, and tasty treats they can cook themselves. From tot to teen whatever the weather there’s always something fun to do.
203 shares
203 shares