It's been 2 decades since I left school after finishing my A-levels and 34 years ago I was busy preparing to start school. I remember the summer before school being dragged around the shops finding shoes - my most dreaded shopping experience. Then there was school uniform for us there was only one shop that could cope with skinny tall girls which I was age 4 and that was Marks and Spencer - although at the time I think it was St Michaels in Romford town centre.

This summer we are joining with Marks and Spencer and their 'Decades at School' with it being 3 decades since I started school and yes that is me on my very first day at school aged 4 and a half and uniform has changed. Back in 1982 which is when this picture was taken I remember practicing all summer long to get the tie right and learning to do up the many buttons on my blouse as well as the buckles on my shoes. At least the plimsolls were elastic and my feet would just step into them.

Until I was in secondary school as a girl we weren't allowed to wear trousers - it was skirts and pinafores and then summer dresses. I wasn't one for skirts and dresses and being forced to wear them every day for school has given me an irrational hatred of them and I have very few in my wardrobe and wear them even less. I do remember the skirts, though - as I was tall and skinny I had the problem that the skirts used to revolve around or fall down but most of my skirts had built in vests. Attached to the waist there was a silky material vest that would keep you warm under the school blouse but also prevented you from having to worry about the skirts falling down.

Our shopping trips used to take a whole day of the summer holidays - I dreaded it especially when my brother joined the school as well. My biggest bug - ALL of my friends and I mean every single one of them had pleated skirts the only pleated skirt I was allowed was my netball skirt because the pleats washed out and my mum was not a fan of ironing them in on a Sunday morning when the ironing of the school uniform was done for the following week. 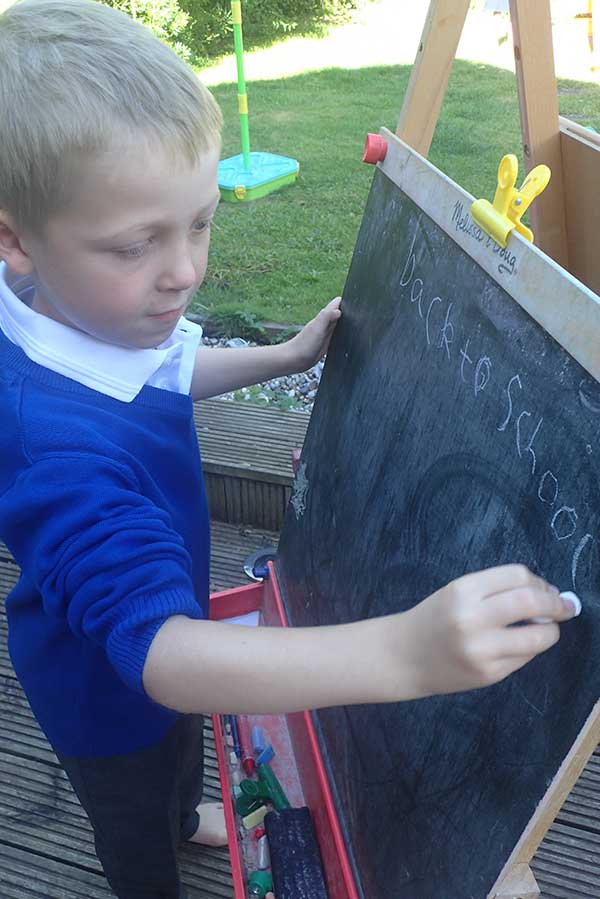 As a Mum now - 34 years after I started school this summer I have already shopped for the kids uniform buying online so I don't have to drag the kids around the stores. I know and trust Marks and Spencer's uniform after having tried various companies over the last 3 years in the bid to save money none of them have lasted. In fact, this summer my son was still wearing the shorts we brought him in reception year - he's not grown very much. 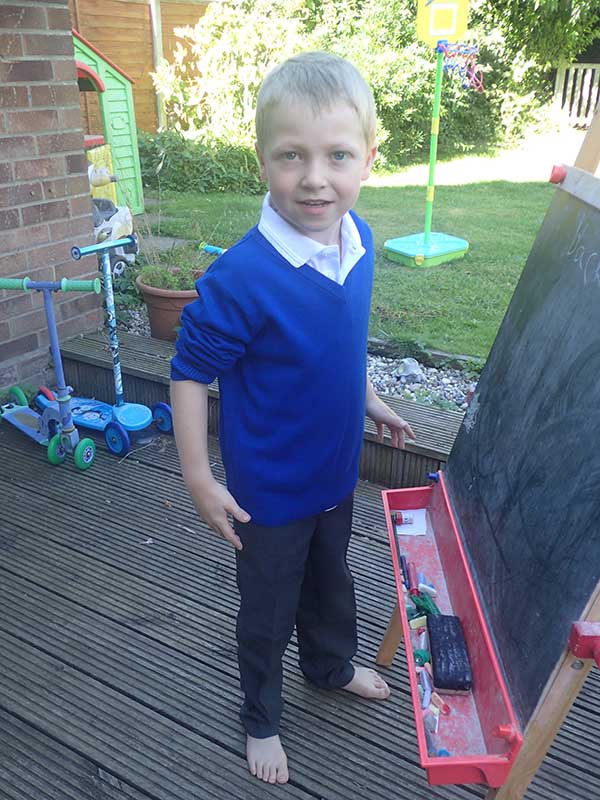 The choice is amazing - I have a tall and skinny girl, but I know that with adjustable waists and also the LONG length dresses and skirts I can buy her clothes that she will fit in. She's the opposite of me though I struggle to get her into trousers, but with items like a skort for PE, I know that she can wear her skirt and still be sensible for PE - with no PE knickers either. 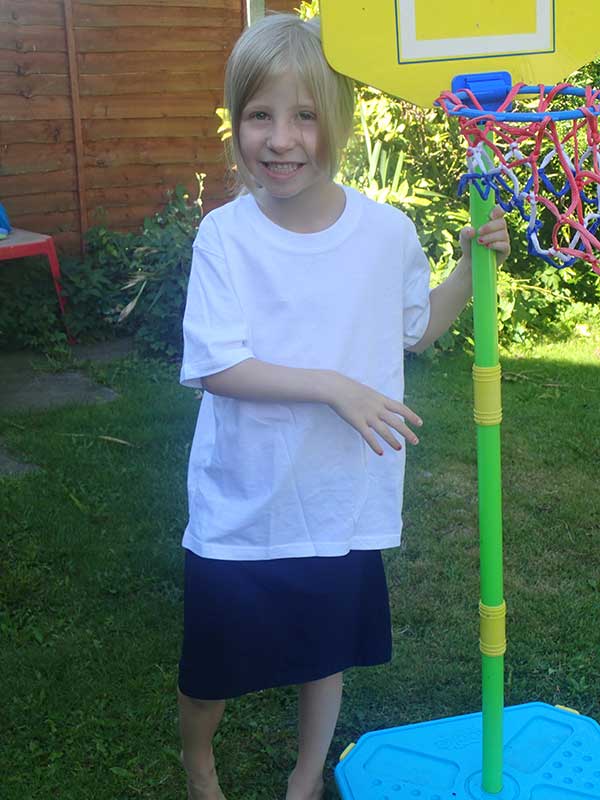 My son grows once a year - around Easter time, I buy school clothes in the summer for the following year and with trousers with an adjustable hem it means no sewing needed - a huge bonus when I'm a busy mum and trying to do a million things at once. 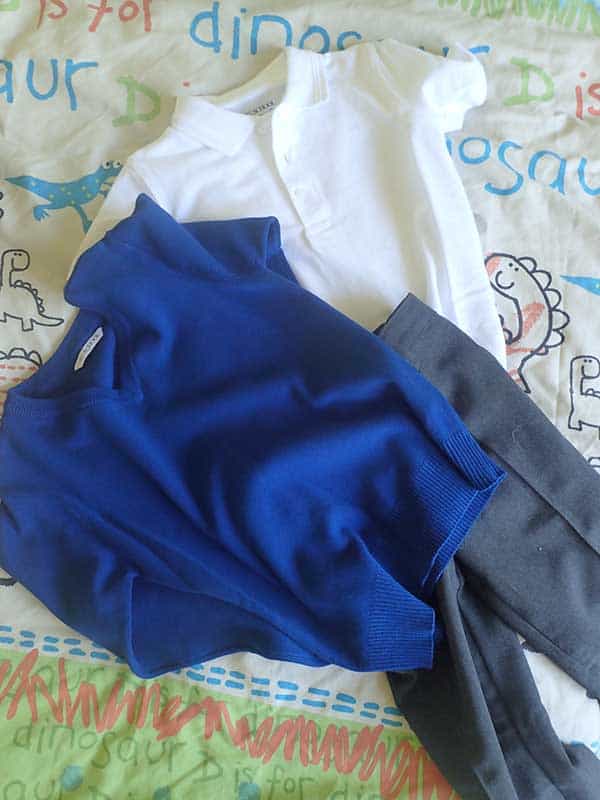 As to washing, the whites stay white with stainaway technology and the jumpers, well our previous school jumpers are still red after a year of washing once a twice a week especially when the kids are painting and gluing. And not just red, they haven't lost their finish and unlike a lot of brands, these are thick and great quality. Our red jumpers have gone off to the charity shop as this September the kids start at a new school with a blue uniform and Marks and Spencer will be our shop of choice.