I held my children closer over the weekend as my news feed on Facebook was filled with pictures that filled the hearts of my friends, family and the rest of the world with sadness, shock and the passion and power to challenge and make a difference. For 4 years now in a country many 1000's of miles away a situation reminiscent of the start of WWI and WWII has been happening. A country of 23 million people with over half of them children, persecuted for the colour of their skin, their religion, their sex, their jobs, their property, their beliefs, their language and forced to flee, abandoning everything they own, leaving those members of the family who couldn't or wouldn't go with them to whatever situation happens. 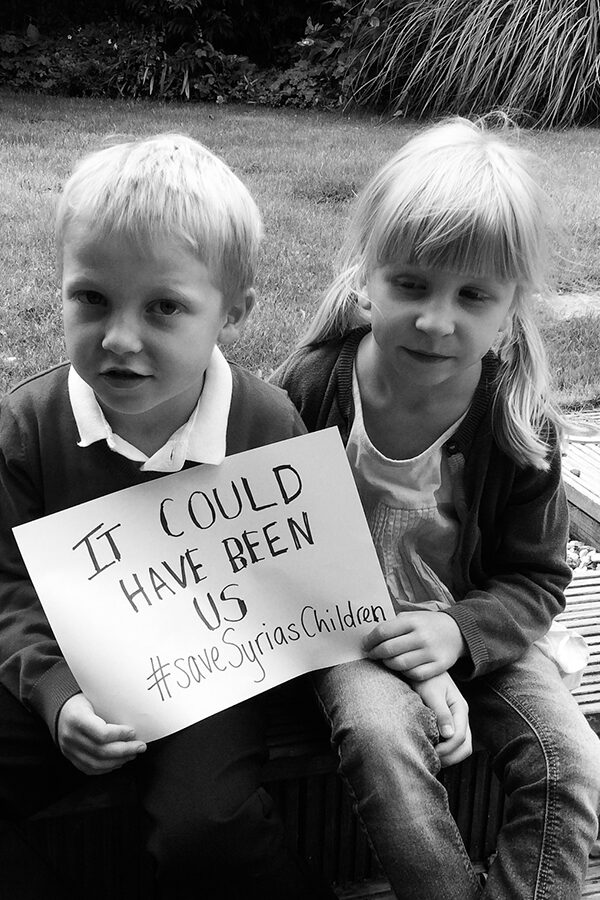 The families flee to the safety of another town, then the same happens again and again. Over the years between 2011 and now the problem escalates, the country isn't safe and instead of 10,000, 100,000, 1,000,000,000 people are displaced we arrive at today with over 11 million Syrians in need of aid.

Some 7.6 million are out of their homes and living in Syria facing life on the edge of a civil war, a further 220,000 people have been killed by the civil war with OVER HALF of those civilians. The rest an approximate 4 million people have left the country fleeing for their lives and the lives of their children. But surrounding Syria is Iraq, a country with internal wars and conflicts with their own over 1 million displaced families and children. The two small countries of Jordan and Lebanon, with weak infrastructure and a history of conflicts, facing their own problems with the refugees fleeing their are at breaking point. Others fled to Turkey, a country with a long history of  problems and conflicts.

With all of these together there is no other way but to flee further facing the risky, dangerous, expensive route to Western Europe. The pictures shared over the last few weeks and brought to the lives of millions of parents through the weekend of the death of 3 year old Aylan Kurdi, his brothers, mother and 7 others who had fled from town to town, to country to country on foot for 3 years with his family to what they could see as a hope the island of Kos across the short stretch of sea. But due to the greed of others, the acts of nature of the sea his final pictures shared across social media, printed around the world are making a difference.

As that image spread of Aylan the power of social media and the influence that we as users now have became apparent so we are asking you, as a reader, as a user of social media to help us make a difference to contribute to the bigger picture to support the families that are having to flee their homes.

We're spreading the message via social media - today our profile picture will be changed, this post will go live and I will be donating money as well as clearing out my husband's closet and heading to our nearest collection point with items that will help the refugees at the Refugee Camps in Calais - a matter of 24 miles from the British Coast, in a camp that looks like those after a natural disaster. Whether you live in the UK, Europe, USA, Canda, Australia of the rest of the world I urge you to share this with your friends, with your family, help to make a difference. 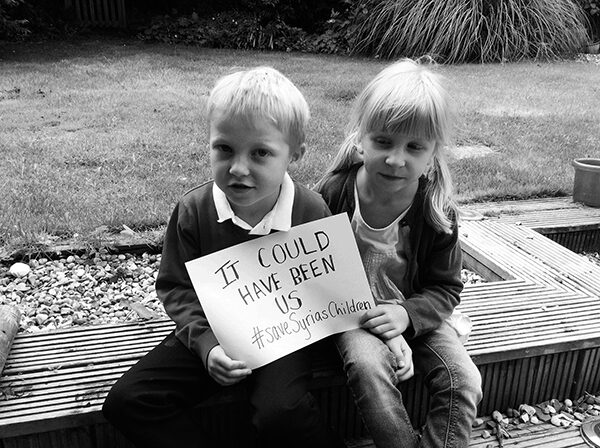 It's easy to donate - TEXT 70008 and the word SYRIA to donate £5 in the UK (for the terms and conditions of the text donation visit Save the Children). If you are in the rest of the world you can donate as well you can help #SaveSyriasChildren to by going to Save the Childrens Syria Appeal Site and donating that way via paypal to make it easy.

We will be sharing our image of J and T, who have been shocked and saddened by the images I've shared with them, like the overflowing train stations in Hungary shared on Budapest Seen and the images shown on the save the children website.

I am finishing this writing packing my bag and feeling privileged as although I am heading to hospital with T for another sleep study we are fortunate that this is available to us and that we have the power and the means to help make a difference to the lives of others.