Over the last few months we have been seeing a physiotherapist for my eldest as he has been behind his peers with gross motor development and we’re learning as we go. One of the key things is that he needs to work on his core strength – it was a problem that I had myself after having him as I am hyper-mobile and during pregnancy it was at it’s extreme however, because of the way he has worked through stages of development he lacks core strength. 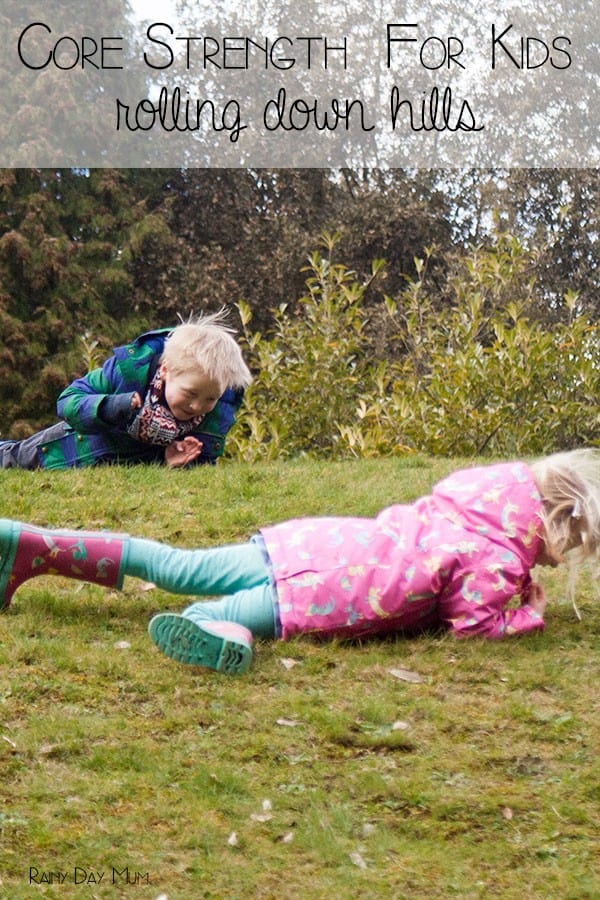 As a baby he was comfortable sitting and watching playing with the toys around him – however movement were just not on his agenda – I remember being excited that at 7 months he rolled – just the once that was it! – and again at 10 months he went straight into a full fledged crawl. He missed out on developing a lot of core strength by not rolling or developing a crawl by trail and error and now as he’s 5 and a half it’s easier to see what the effect of missing out those stages on his development has been. 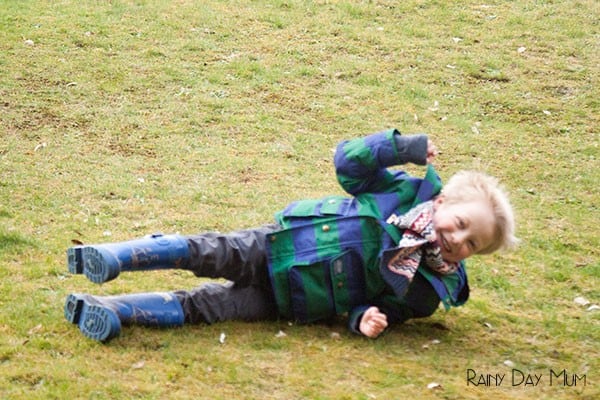 The pencil roll is one of the stages that babies do that develops the core strength and one thing that we have been working on at home with him – trying to find fun ways to get him rolling properly – the best and one of the 50 things from our Natural Childhood list has been rolling down a hill. 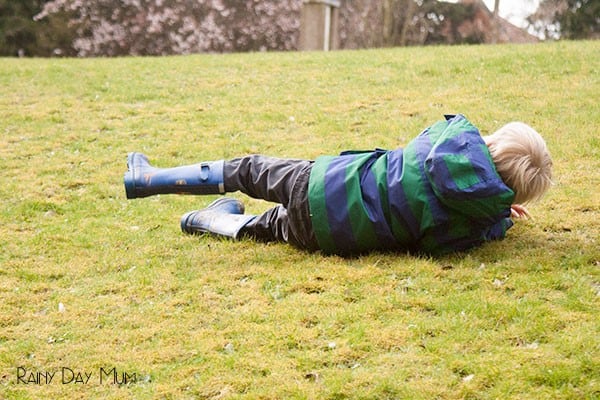 When activities are free and they work on things that the kids need to develop there is a huge bonus for us as a family and when the activities are fun and all of us can join in – yes I rolled as well although no evidence as I’m always behind the camera it’s got to be done. 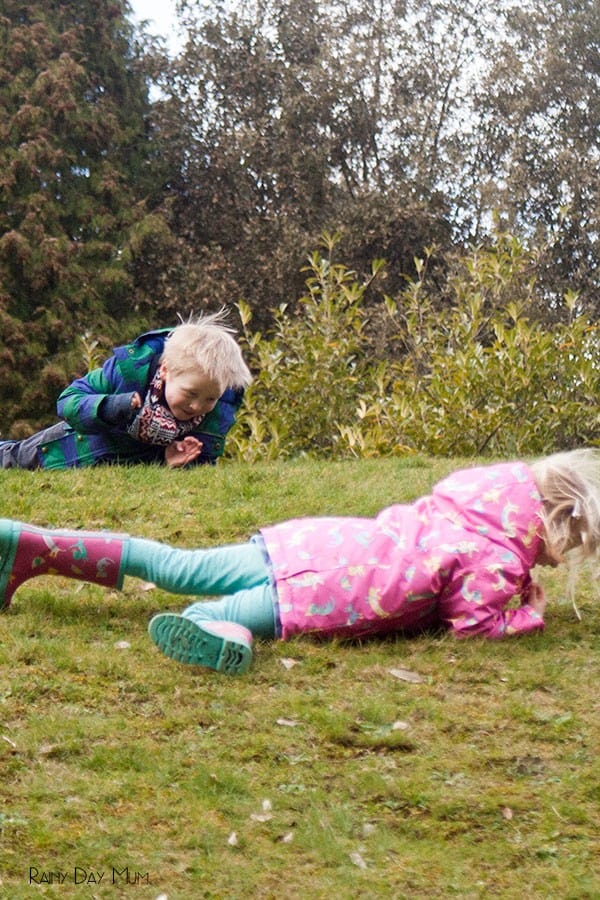 A warm welcome to Rainy Day Mum, your hub of ideas and inspiration for kids’ activities, learning, crafts, and tasty treats they can cook themselves. From tot to teen whatever the weather there’s always something fun to do.
492 shares
492 shares