Over the last few months, I’ve had to do something that as a parent I find so hard – walking away whilst my child cries. No I’m not talking when they are hurt, but leaving them at an organised event or nursery school. It broke my heart and I really didn’t know how to help them and how to cope myself. That anxiety of mummy leaving and not being there for them is heart-breaking.

With two children,  if I was to have guessed which of my children would be the one that would have anxiety about being left, I would have put money on my eldest. He’s quiet, shy, the youngest in his year group and also little. My youngest can be outgoing. She’s enthusiastic, and unlike him, she doesn’t appear to worry about things to the same level. But it was her, the child that I least expected to be anxious, that it happened with.

In September we started Preschool. We also started ballet classes, and everything was fine. In fact, for her first class where parents have the option of staying I was waved out of the door with a “See you later Mummy, you don’t have to stay!” and then just before Christmas everything changed. Every week I would leave her sobbing in the arms of the ballet teacher, or reluctant to go to preschool, dragging her feet and not wanting to eat breakfast, or extending breakfast so that instead of having time to read or play before preschool and school, we were rushing to get out the door.

The anxiety is fairly common – I remember my brother walking down the street screaming his head off because he didn’t want to go to play group. He wanted to stay with our mum. He would scream, holding onto her leg as she walked away. However, when she picked him up, the same would happen. He wouldn’t want to leave either, which is exactly how T was. She LOVED the ballet class and she adores preschool, wanting to go every day if she could. It was the just the anxiety of me leaving that was the problem.

Our solution for the preschool Anxiety

Now this may not work for everyone but it did for us. But even if it’s something that you have tried, carry on reading as I’ve asked experienced preschool teachers and other parents for some ideas that have worked and you can find some more below.

For us, the solution was simple. T took a doll to her class with her. The doll sat on the stage and watched the lesson, and then when I arrived to pick her up, whether it was Elsa, Anna, The Little Mermaid, Goldilocks etc., they told me all of the dances that she had been learning, the amazing singing and the fun that she had.

From a child that would cling to me, screaming that she didn’t want me to go, she was the first to sit in front of the teacher, waving me out of the room whilst her doll sat and watched, and could let me know how fantastic she was and the things that she was doing.

Solutions for Preschool Anxiety from teachers and other moms

What worked for us when my son was at preschool was making sure we were there early, so that we had time to go in with him, introduce him to a couple of the toys and once he was relaxed and interested in what he was doing we kissed him goodbye and he barely noticed. If we tried to drop him off and leave straight away or rushed he would cry his eyes out. We also tried getting him playing but then not saying goodbye and sneaking out, once he realised we were gone he would start crying anyway, so I always made sure I said goodbye and he knew I was going.- Raising Wild Ones

As a preschool teacher, we assure our parents that if they give a kiss, hug and goodbye, we will help ease them into the classroom. (Never sneak out, as this will make it harder the next time.) It’s easiest on young children that the parents don’t show any concern during this transition, or it can make it harder on the child. Stay matter-of-fact and cheerfully say goodbye. Once the child is settled and playing happily, we text the parents and let them know, often with a picture. Our parents love this, as it allows them to relax and know their children are okay. Almost always once the parents are gone, the tears stop. – Teaching 2 and 3 year olds

When I taught preschool, I kept my phone handy or a digital camera and took a picture with the kid and mama, so the child could see it anytime they were missing them. Then I would have mama make a special note for the little one to keep in their pocket all day. 9 times out of 10 this worked for the little, but mama needed more reassurance. So I would assure her that usually the crying subsides within minutes. It was important for mom to tell the little how safe they were and that they were okay. For some I would make a visual schedule, so they could see how many activities before home. Some needed that all day. – Lemon Lime Adventures

As a teacher I would say try not to worry, your child will be happily joining in within a minute or two of you leaving BUT as a parent I have found it really hard leaving Harry when he has been crying and hasn’t wanted me to leave. I have found finding him a friend or an adult to distract him or making sure he is busy with an activity definitely helps. I have called the pre school once or twice though just to check he was ok (which of course he was). – Messy Little Monsters

My eldest daughter was very attached when she was a toddler / early preschooler. So much so that we’d not felt comfortable leaving her with babysitters or even extended family, and so had not had any time away from my husband and I. She was (and is) a sensitive child, who likes to talk and hug though her emotions. (Distraction is a technique that never worked for her). So for her, I refused to leave her crying when she started preschool. I would wait until she told me she was ready for me to leave – sometimes I stayed all day, and sometimes she was ok with me sitting in the car outside the preschool (all day), but gradually as she became more familiar with the environment, she said I could go earlier and earlier. Now, 1.5 years later, I usually only stay about half an hour or so. Sometimes when she is settled and playing with her friends, I’ll quietly pop over and ask if I can go now, and she’ll say “not yet mum”, and go back to playing with her friends. These were the days when she just needed to know that I was there, even though she wasn’t playing with me directly. My second isn’t nearly as sensitive, so when her time comes, I don’t think I’ll have to stay as long – Danya Banya

My daughter’s teacher allowed my daughter to bring a picture of our family with her each day (until she didn’t need it anymore). That seemed to help her. – Crafty Moms Share

I think different strategies work for different kids. My husband and I believe it is O.K. to be sad or scared and try to focus on self regulating those feelings. A lot of that teaching happens prior to and after the moment. We use a lot of books and modeling with toys and dolls to teach words of frustration and breathing techniques. Then, in the moment of pure tears, we hug and remind the child of what we practiced. Reassure them that they will be safe at school and leav – Amanda from The Edcucators’ Spin On It

Ask the teachers how long it takes them to calm down. For some kids, it just becomes one of those ‘automatics’ that they do at drop off. If that’s the case, try creating a new tradition to put in it’s place. We came up doing a big hug and then an awesome hand bump as a way we left each other. – Jacquie

Different things work for different kids, but Mum’s be kind to yourself. It’s not bad to leave them crying with a member of staff who cares for them. Call back in half an hour, and check if they are still distressed then do what your heart told you to do in the first place, but the majority of the time once you have walked out of the door then those tears will stop and they will be having the time of their lives playing and learning together with their friends. 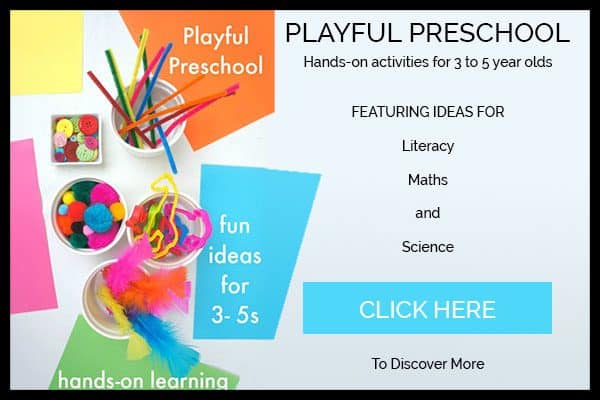 A warm welcome to Rainy Day Mum, your hub of ideas and inspiration for kids’ activities, learning, crafts, and tasty treats they can cook themselves. From tot to teen whatever the weather there’s always something fun to do.
3822 shares
3.8K shares