There seems to be a bit of a theme this week and we’re fascinated by sticks, we’ve ordered and sorted plus on our recent camping trip they became toys and today we’re sharing one of our favourite childhood games and a question that crops up any time our 50 Things to do before your 11 and 3/4 post which is what is Pooh Sticks and how do you play it. 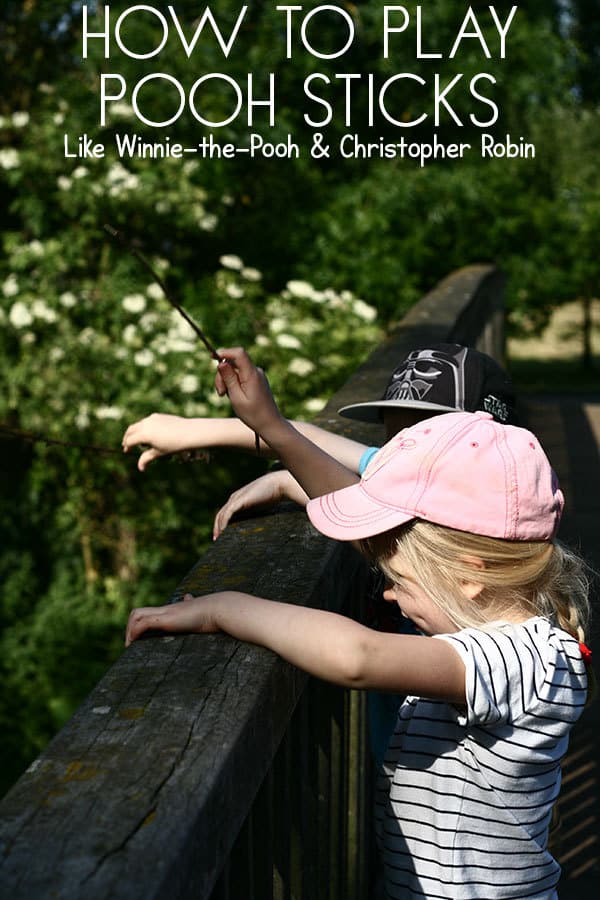 Sticks collected on a Nature Walk

Optional – chalks to decorate the sticks 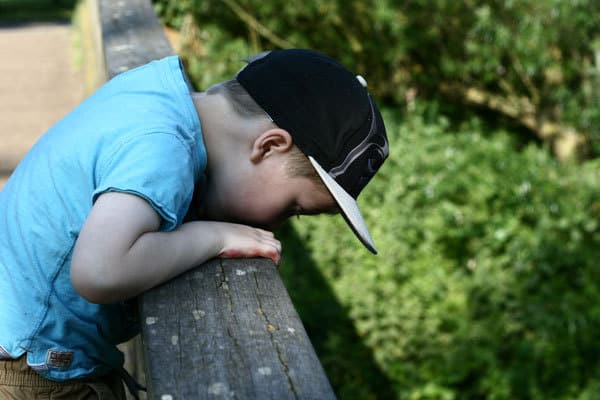 What is Pooh Sticks

In The House at Pooh Corner [affiliate link] by A.A. Milne Christopher Robin, Winnie the Pooh and friends play a game invented by A.A. Milne and Christopher at their local bridge and a firm favourite of children and families in the UK.

…and suddenly, there was his fir-cone slipping away too.

“That’s funny,” said Pooh. “I dropped it on the other side,” saide Pooh, “and it came out on this side! I wonder if it would do it again?” And he went back for some more fir-cones”.

At the start of the chapter, Pooh plays with fir-cones (pine cones) but as Pooh explains

And that was the beginning of the game called Poohsticks, which Pooh invented, and which he and his friends used to play on the edge of the Forest. But they played with sticks instead of fir-cones, because they were easier to mark.

How to play – pooh sticks

Because pooh sticks is a family game and competition much like our pie tin boats last week for #playfulpreschool you have to have a way to identify which stick is yours when it’s a two player game it’s easy to tell as you can position yourself at either end of the bridge and use really different size sticks, however, we play as a family every time we pass a bridge collecting sticks as we go. 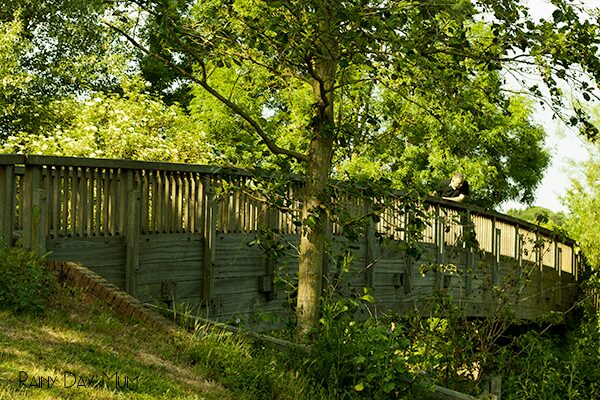 So we quickly use some chalk which will wash off and is safe for the environment to mark the sticks as we go. 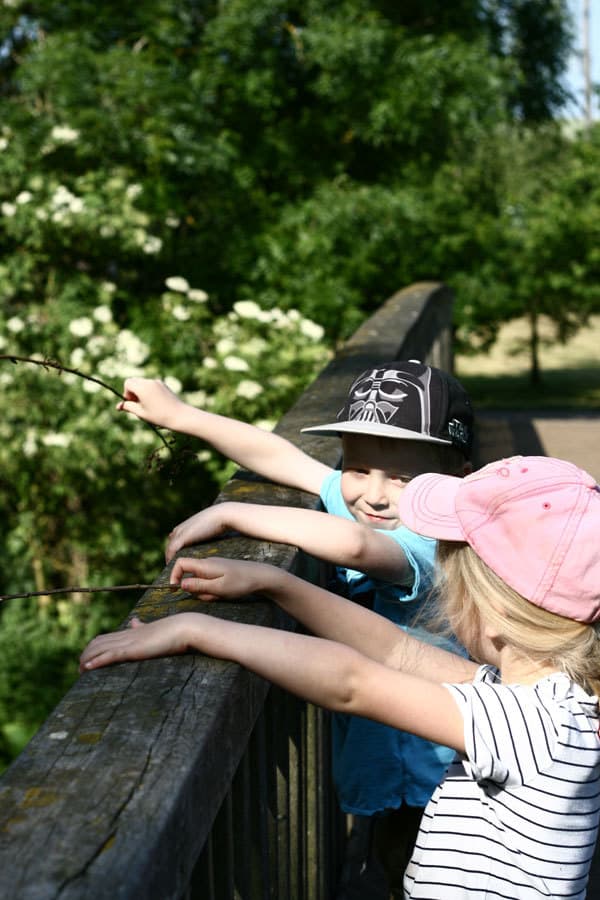 Standing on the side of the bridge that faces upstream (the direction that the water is coming from) count down from 3 and throw the sticks into the stream/river and then quickly run across the bridge to face downstream and guess whose stick will come out first. 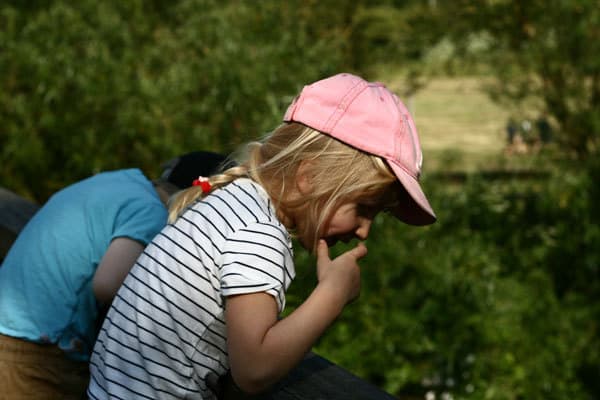 Adding learning to the family fun

If you want to add some learning into the fun, there are a couple questions you could ask –

Sticks that are hydrodynamic – streamlined almost straight with no extra branches will be faster than those that are a mass of branches and with leaves attached. 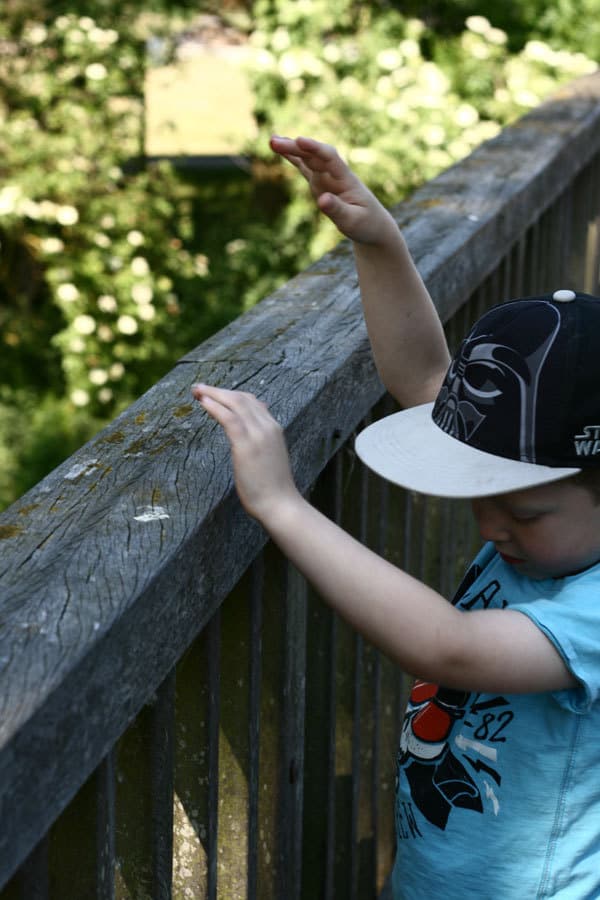 You could get the children to experiment with whether heavier sticks are faster or lighter sticks whether the length of the stick matters.

But most of all it’s about learning to win and lose gracefully, as well as creating great family memories this summer. 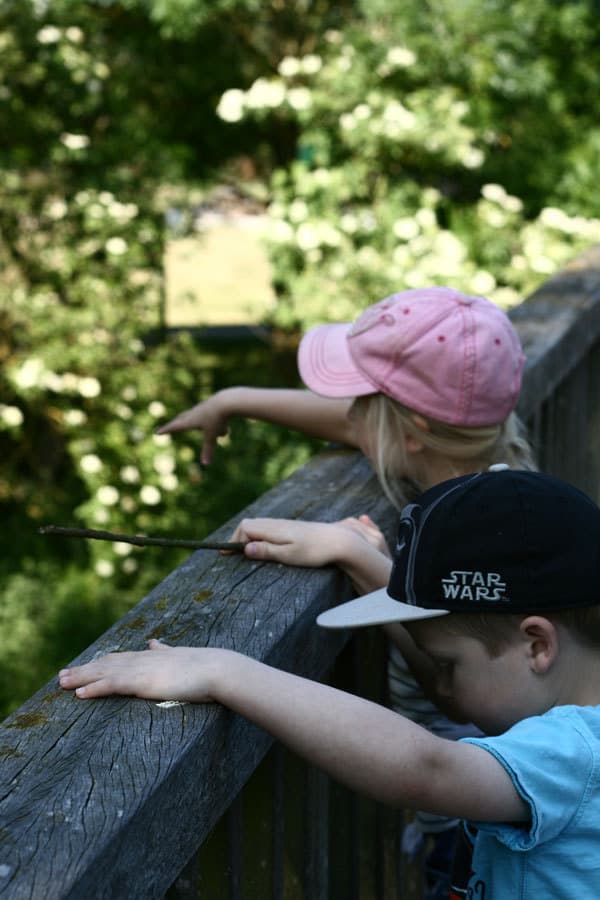 More fun learning with sticks from the #playfulpreschool blog team

Creating with sticks and playdough by Mom Inspired Life

Pooh Sticks YOU ARE HERE!

Nature Crafts for Kids – Beaded Sticks by Fun a Day 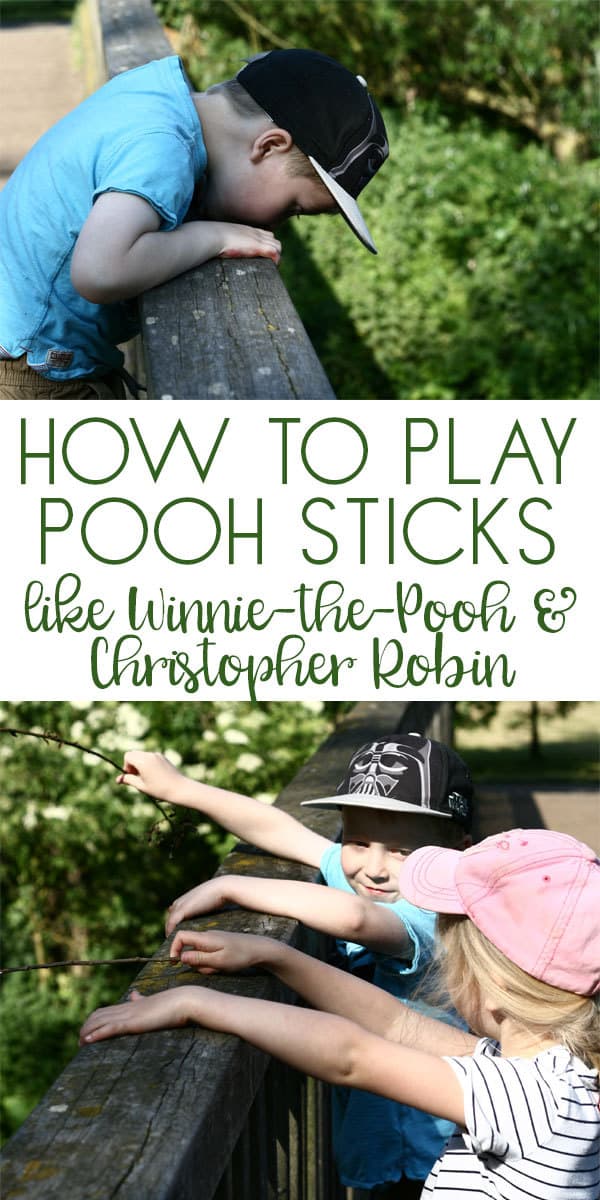 A warm welcome to Rainy Day Mum, your hub of ideas and inspiration for kids’ activities, learning, crafts, and tasty treats they can cook themselves. From tot to teen whatever the weather there’s always something fun to do.
233 shares
233 shares