It isn’t Christmas in our household until we have either read or watched The Polar Express. It is one of my favourite family Christmas traditions. My son is fascinated by the Polar Express tickets. He loves to watch the conductor punch the tickets to reveal the words COUNT ON, LEARN, LEAD and BELIEVE. I decided to use the tickets idea to create a Polar Express Fine Motor Play activity. 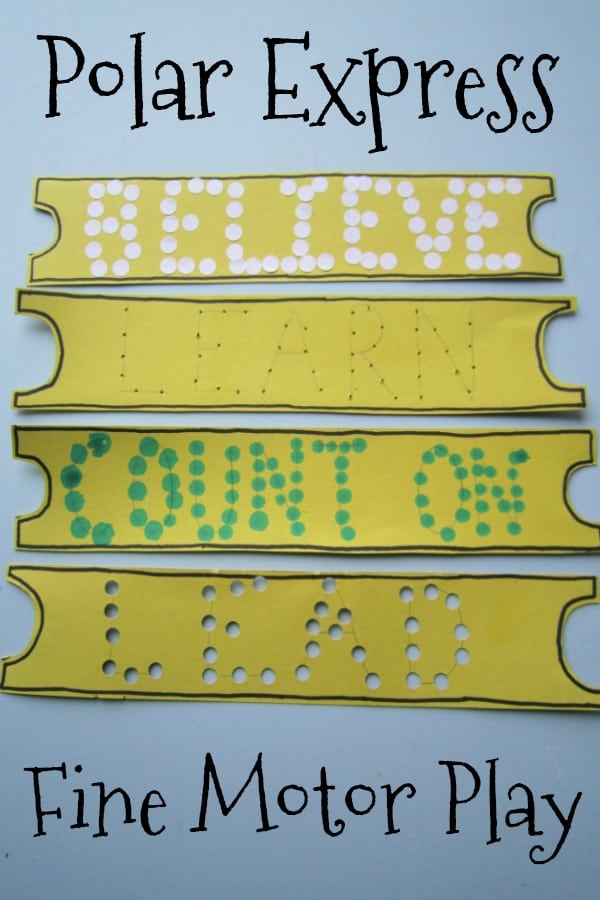 * Cork board and push pins 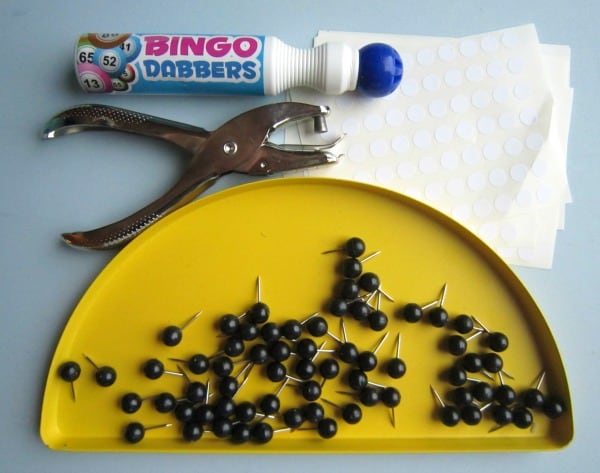 Take the yellow A4 card and fold it half and then half again. You will be left with four long strips. Cut out each strip and remove approximately 5cm from one end. Discard this small piece.

Cut a semi circle from each end of tickets and use a black marker pen to draw an outline around the ticket.

Use a pencil to write the following words on a ticket in capital letters – COUNT ON, LEARN, LEAD and BELIEVE. Make sure to leave a space between each letter. 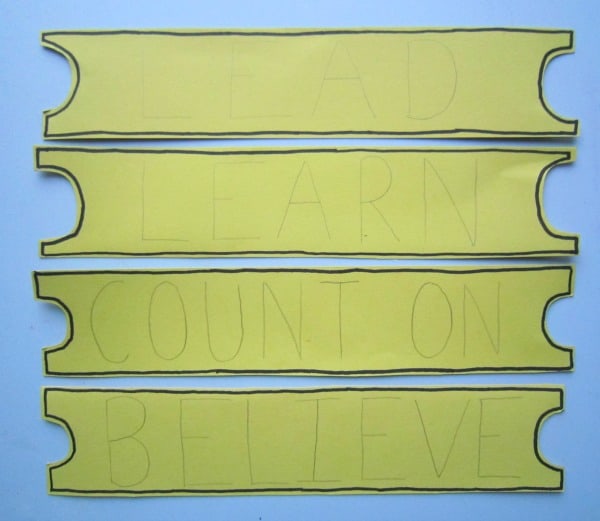 I gave my son four different ways to make a mark on the tickets – dot stickers, a bingo pen, push pins and a single hole punch. Each activity would develop his fine motor skills. 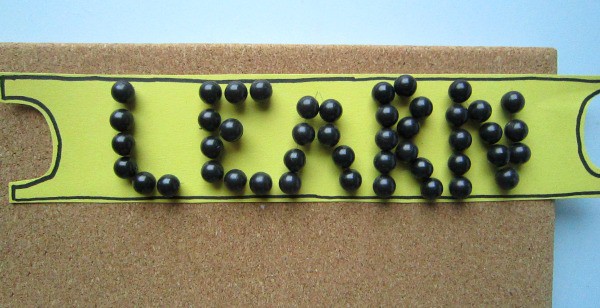 My son opted to test out the push pins first. He placed the LEARN ticket on top of a cork board and pushed the round black push pins through each letter. He had to work hard in order to create each letter with the black pins. Once the word LEARN had been completed he removed each pin to reveal the holes in the word. 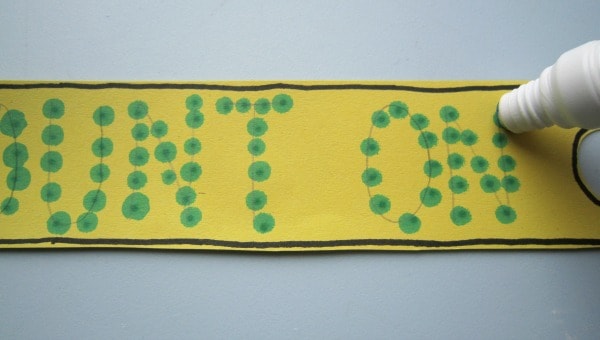 Next he used the Bingo marker pen to outline the word COUNT ON. He had to hold the Bingo Marker pen correctly and push it down onto the card. In order to leave a mark on the letters my son had to tilt his hand more than he would if he was writing. The activity also led to a conversation about colour mixing. Although he was using a blue Bingo marker pen the marks were coming out green due to the yellow card.

The third fine motor activity using the Polar Express tickets involved using small white dot stickers. My son had to position the dot stickers on top of the letters. Taking the small stickers off of the page can be quite tricky and is a skill that took my son a long time to learn. He now knows to slightly bend the paper in order for the sticker to lift away from the backing. He positioned the stickers along the lines until he had completed the word BELIEVE. 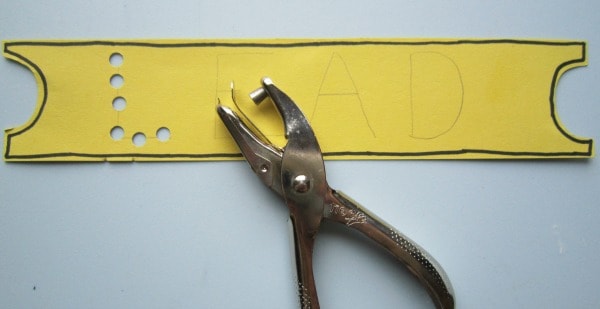 Finally my son couldn’t contain his excitement any longer at the idea of using the single hole punch plier. He found the hole punch difficult to use as it required him to use his muscles in the forearm, hand and fingers as well as coordinating the hole punch itself. He needed to move the ticket around in order for him to reach each letter. I think the activity gave him a whole new appreciation for the skill of the train conductor in the film!

In our Polar Express Fine Motor Play activity we used four different methods to mark make on the tickets. Can you think of any other methods?

Out Now! – Countdown to Christmas Ebook 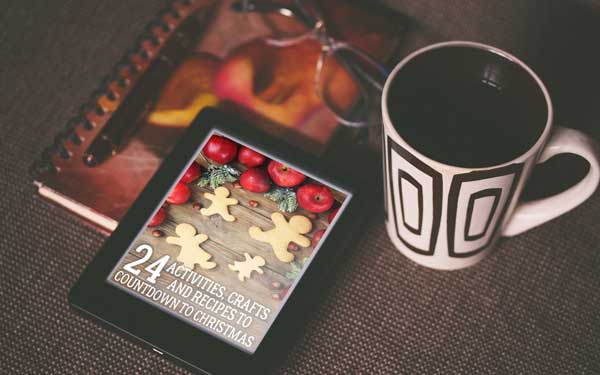 When life gets hectic in the lead up to Christmas wouldn’t it be great to be able to spend a little time with the family creating gifts for others, food to enjoy together and traditions that make magical Christmas Memories?

But what actually happens is you spend hours searching through Pinterest looking for ideas and realise halfway through saying you are going to start that you have only 1 thing on the materials list!

So that is why we’ve put together our 24 favourite Christmas Activities, Crafts and Recipes with full materials lists and step-by-step instructions so that you have everything at your fingertips.

Produced as a PDF you can download, print and use these ideas throughout the festive season with your children and families.

Find out more as we share with your our Favourite Ways to Countdown to Christmas. 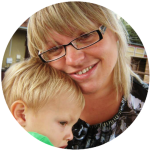 During a difficult pregnancy suffering from Hyperemesis Gravidarum (HG) Emma vowed to make every day an adventure once she had recovered. Adventures of Adam is the outcome of completing a 100 day play challenge with Adam as part of that promise. Emma has a section dedicated to HG friendly play activities so that Mums can still be part of their children’s play whilst they are ill.

A warm welcome to Rainy Day Mum, your hub of ideas and inspiration for kids’ activities, learning, crafts, and tasty treats they can cook themselves. From tot to teen whatever the weather there’s always something fun to do.
589 shares
589 shares