Everyone goes on and on about plastic and plastic bags being bad for the environment but if your children are anything like mine they like to ask why? Why are the plastic bags bad for the environment? As a marine biologist I experienced first hand two of the reasons why plastic bags were so bad, the other - well I'm nowhere near the 500 years old that they predict that it will take plastic bags to decompose so I can't say if that's true from first-hand experience. But, what I did see were the effect that plastic bags had on the marine animals that I was working with as well as on the natural environment. Walking along beaches in Greece, Costa Rica and the UK it was eye-opening to see where the plastic bags were from - and let me tell you it was worldwide. The ocean currents had brought them from all 4 corners of the world to the beaches. The effect on the animals was even more obvious, plastic bags in the ocean mimic jellyfish and jellyfish are one of the food sources of lots of our large ocean predators. In this simple science experiment, you and your children can show easily that this is true and help you to understand a little more about the effect that our human impact is having on the planet. Check out this quick model to make of a plastic bag jellyfish. 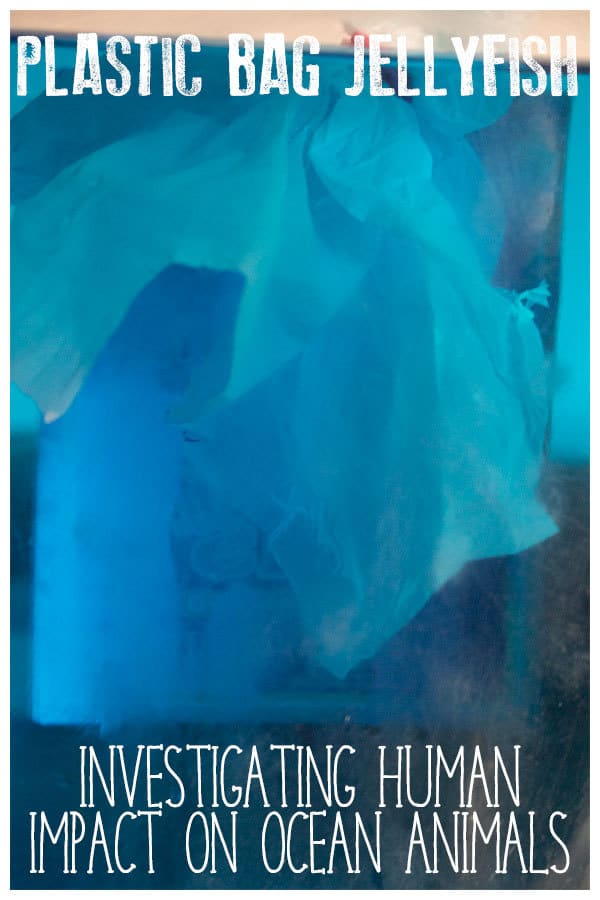 Background on Plastic for you and your Child

When I taught this lesson to a group of 7 to 9-year-olds last year one of the questions that they asked about plastics was how long they took to disappear. With an apple core or newspaper, we know that they decompose to substances that can be used in the soil in a matter of weeks to months. But plastics don't. They are man-made meaning that instead of occurring in nature they have been produced in a lab from chemicals. They are made from polyethene, this has an estimated decomposition to microplastics of between 500 and 1000 years but as they have only been around about 50 - 60 years nobody really knows how long they will actually take.

Microplastics are so small that they mimic things like krill and other microscopic animals that filter feeders eat when they arrive in the oceans and rivers. So whether you look at plastic bags affecting now for the predators or their future effect on the filter feeders they are a serious issue to marine life. 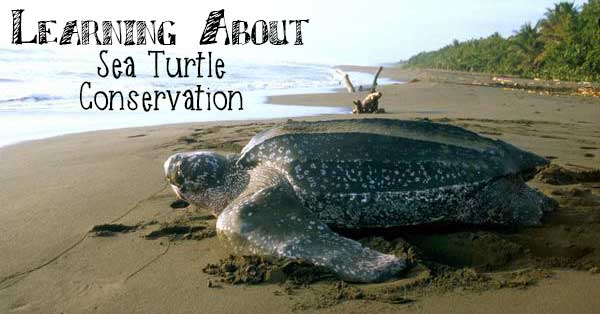 Although lots of ocean predators will eat jellyfish, the Leatherback Sea Turtle eats only jellyfish, they have adapted to eat them. Back in the 1980's and 1990's it became obvious the effect that plastic bags were having on these ocean creatures as endangered animals were washed up dead on beaches around the world and inside their stomachs were large quantities of plastic bags. So many that the sea turtles own stomachs had foiled them into thinking they were full and they were dying from starvation as they couldn't eat any real jellyfish.

We have included affiliate links to resources and books that we recommend. If you purchase via these links we may earn a small commission.

As I love to link learning with books here on Rainy Day Mum when I discovered Follow the Moon Home by Philippe Cousteau and Deborah Hopkinson I immediately added it to our bookshelf and when any of my friends have children that express an interest in sea turtle or the environment it's one of the first books that I recommend to them. The story covers two areas - that of the sea turtles but more importantly the effect that children can have as advocates for the world and the environment.

Once you have discussed plastic bags and their effect on the environment read the book it's time to show to your children in reality what we are saying is true. This is so easy and once you have made the model it's something that you can use on display as part of a waste, habitat, environmental impact work.

Large Jar or Bottle from the recycling

Blue food Colouring (optional but does produce a nice effect) 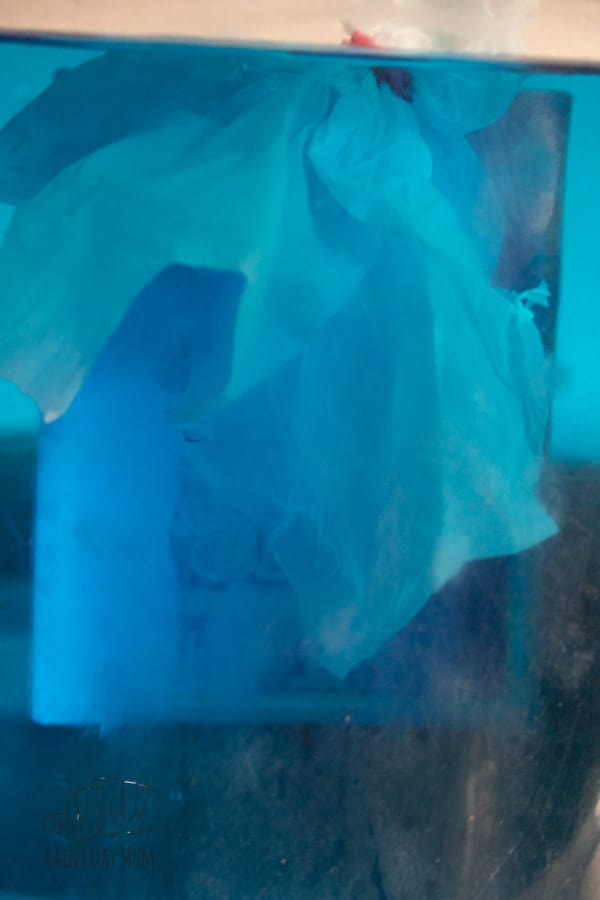 From a distance, the plastic bag will look more like a jellyfish through the bottle - but we have to remember that if we were an animal with poorer eyesight than ourselves this will look even more like their main food source. 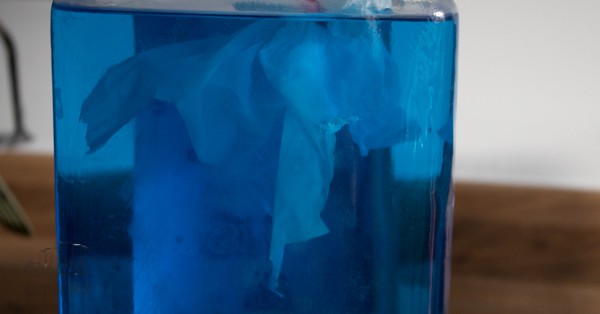 Linking the Learning to the UK National Curriculum

This model of a jellyfish is a quick and easy model to use in a science lesson and can be used with different ages groups. I have pinpointed some particular areas that it is relevant to from my own teaching and where my children have been talking about these topics. 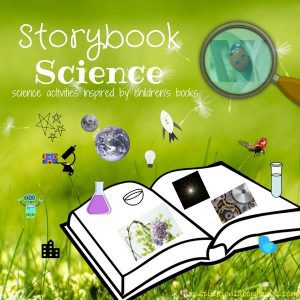 As I mentioned above linking learning with reading is one of my favourite ways to help children develop a love of reading, start to encourage them to read outside and around the subjects (a very useful skill as they get older) and to extend their own interest and book selection away from their favourites. So hosting and joining in with series that do this is a passion. For the last 3 years we have been joining in with Storybook Science hosted by Trisha (one of our contributors here on Rainy Day Mum) over on Inspiration Laboratories.

You can find our previous posts here for the series 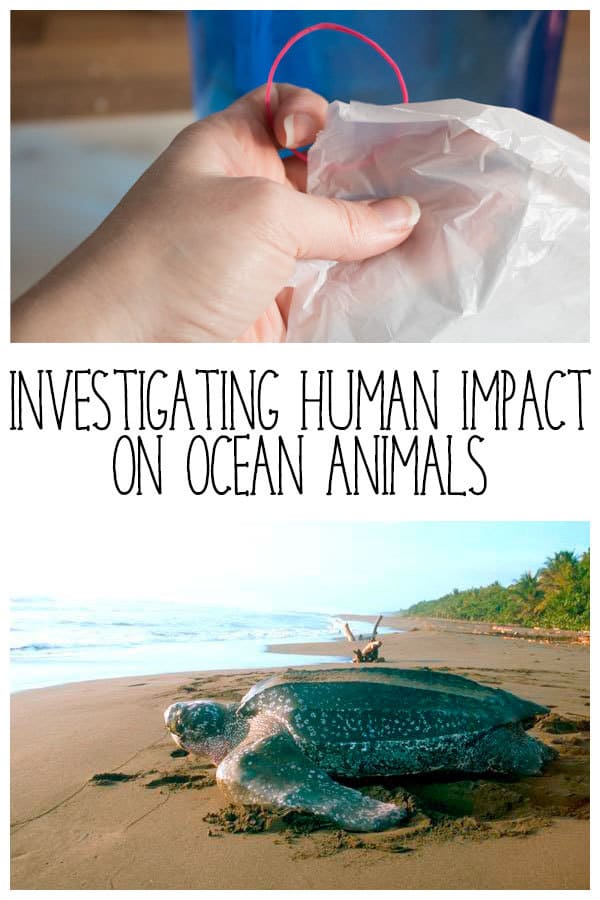 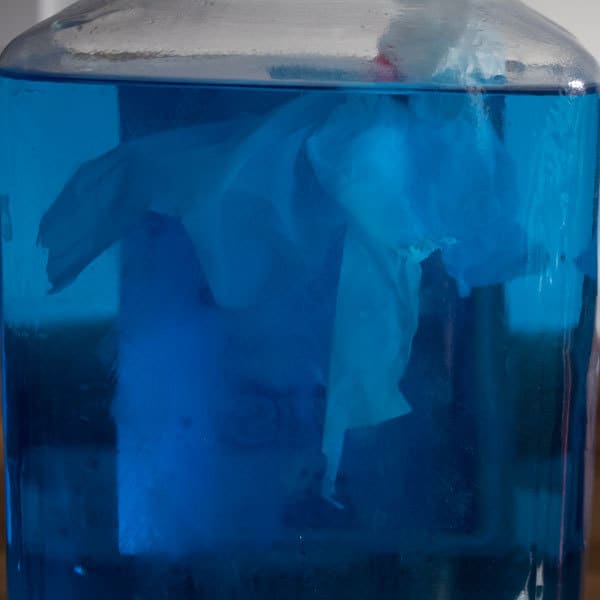