Yes we are back again with the Outside Play party and this months theme is Games.

J and T are just at the stage of starting to want to play games. In my Back to Basics Series I did G is for Games showing some of the games that we have been playing recently that are suitable for Toddlers and Preschoolers. Our in our garden we've started to play some of the games that I used to play in my childhood and they have also started to invent their own games the way that a 1 and 3 year old can do. 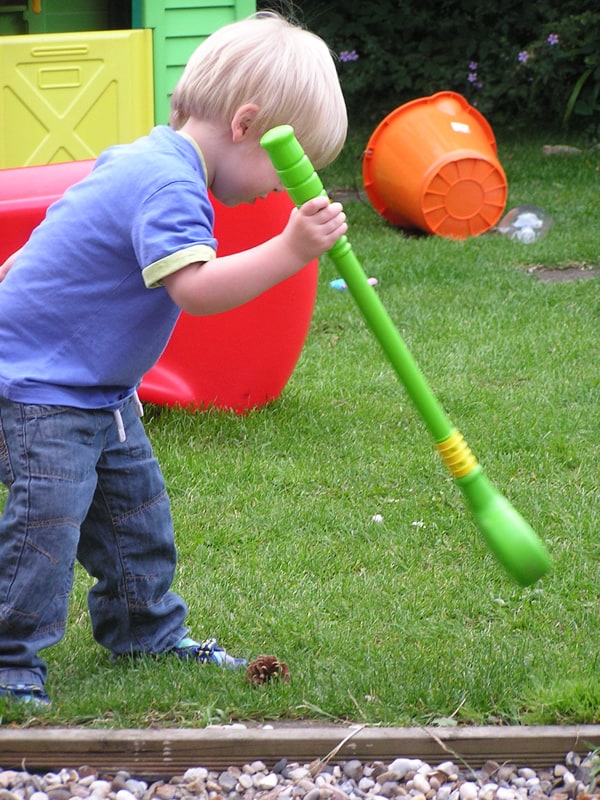 The most popular game is a combination of golf (well it uses golf clubs), hockey - you tend to run and hit something and rugby (well in the fact that at any moment you can pick up and run). 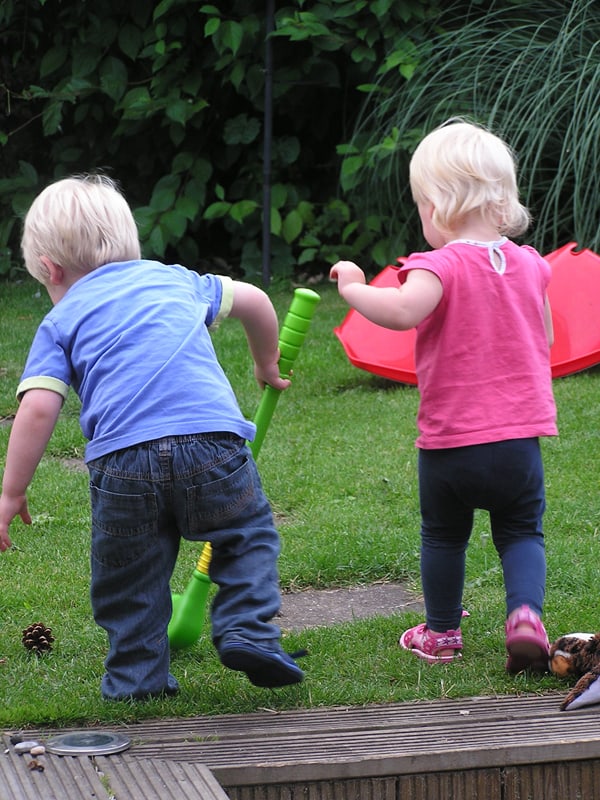 What amazes me is the fact that the two of them play together at it. T will attack the target - currently a pine cone but we have had a ball and a stone used (the stone was the most interesting as they kept changing which stone they were using) with the golf club hitting it and then will pick it up and run off with it. 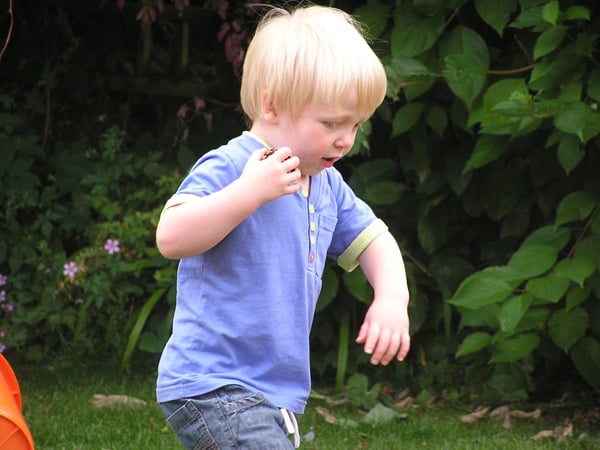 J is more consistent and will hit it towards a goal the posts of our swing set but every so often picks up the ball, stone, pine cone and runs off and deposits it in the goal (well most of the time - other times in the pampas grass or the hole he's dug and even in the middle of the bushes at the edge of the garden). 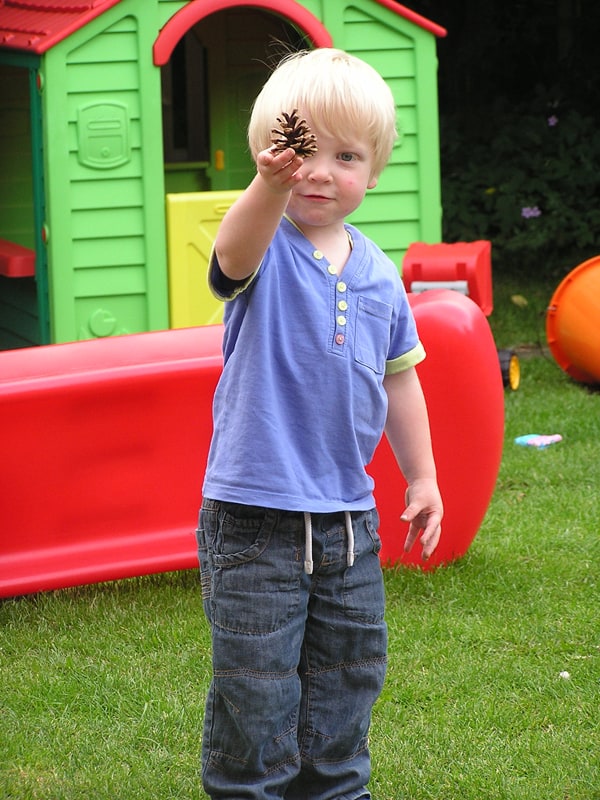 This will never make the Olympic games - however it's the first time that I have seen co-orporation and the two of them working together to create something unique and to them.