Some very simple number fun in the garden again – we love these foam numbers that we brought from Tesco’s and they are featuring a lot in our number fun at the moment. Last time we had some Number Line Fun and this time we’ve been hiding numbers around the garden. 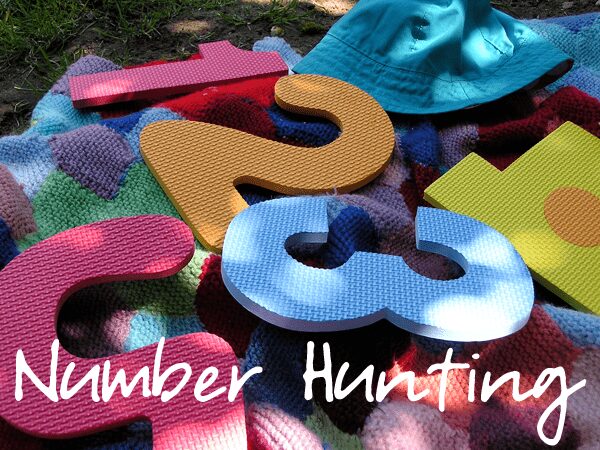 While J was having his afternoon snack I went out into the garden and hid the numbers 1 – 9 around the bushes and in more obvious places. The numbers that we have are nice and large as well as being colourful which is great for hiding and also for recognising them easily. 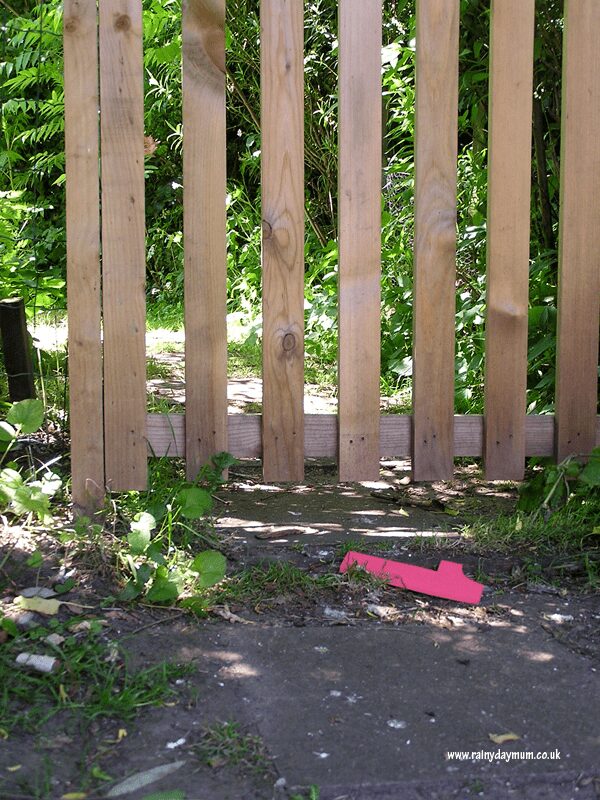 When J had finished his snack I told him that we were going to hunt for the numbers around the garden. We played this a couple of times – the first he found the numbers out of order – which ever he found he then had to place in a number line on the ground afterwards. 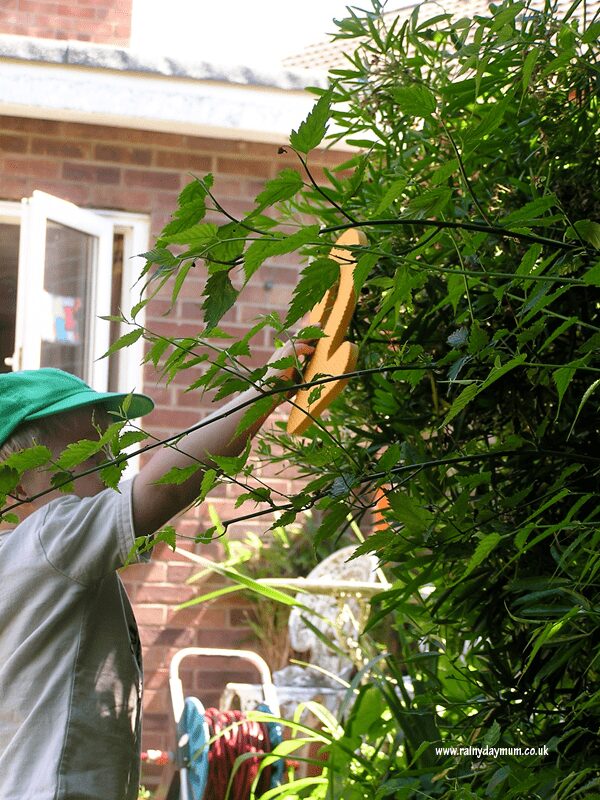 Once he had got used to finding the numbers – we then decided to change it slightly and J then looked for the numbers in order – he initially found this quite difficult but after 3 times of going through it he got the idea. This is great for helping children to learn how to focus – by playing a game following one set of rules and then playing the same game with changing the rules slightly children learn how to focus more. J is 32 months old and from the research somewhere between the ages of 3 and 4 this switching of rules will become slightly less confusing children will be able to quickly switch between the two different games.

A warm welcome to Rainy Day Mum, your hub of ideas and inspiration for kids’ activities, learning, crafts, and tasty treats they can cook themselves. From tot to teen whatever the weather there’s always something fun to do.
1592 shares
1.6K shares