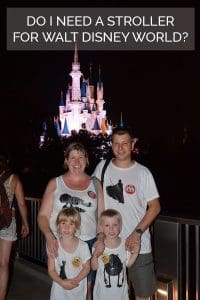 Planning our first trip to Walt Disney World last summer there was one question that myself and my husband kept puzzling over time and time again – will we need a stroller for the trip. We asked in Facebook groups, we searched the net and I did a couple of “Tips for taking young kids to Walt Disney World” searches on Pinterest and everyone came back with YES you will need a stroller, the parks are huge, it’s expensive to hire in the park if you don’t. There was also the tips on don’t bother taking a stroller on the plane buy a fold up one from Walmart or similar. But there was a resounding YES we would need one. 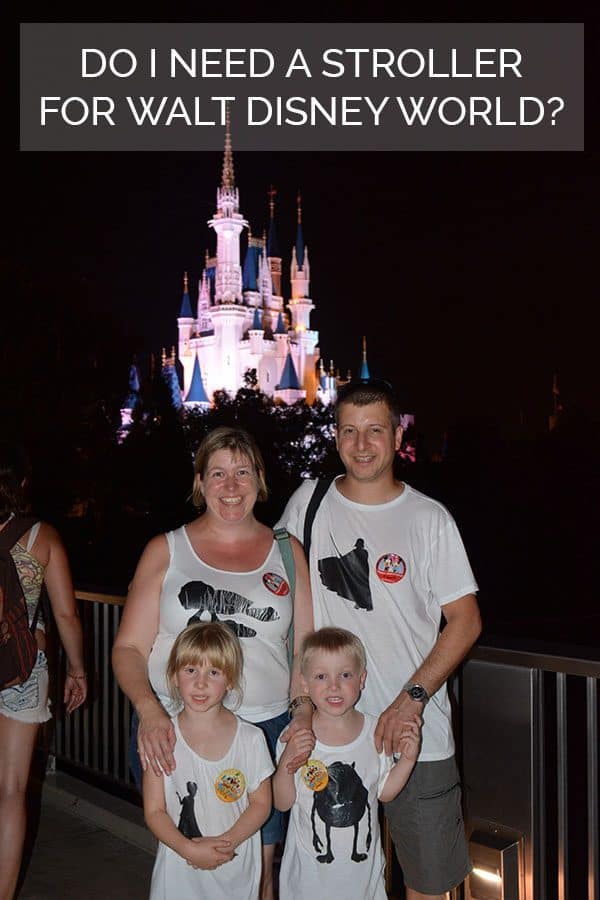 We had visited the parks before so knew there was a lot of walking to do – we’d already solved the problem that we had in previous visits of shoes – I’ll be coming to that in another post. But, really for a 4 and 6 year old would they actually need a stroller and would I have to return to the days of pushing a stroller around worrying that I would lose it – but that became less of a worry when I found this post from Suburban Wife City Life on How to find your Stroller at Disney World. The more we read posts about it the more we were unsure.

PS. Love our T-shirts in the pictures then find out how we went about making them with our DIY Disney T-shirts.

A little background J was a late walker, in fact, he walked for the first time outside of the house the week that T was born – actually from the car with my parents to us in the hospital was his first real walk and he was carried back. His little legs struggled and at 3, he would still use the stroller regularly. T, on the other hand, was walking at 9 months and at 13 months did her first full day of walking at a Farm Park by 18 months – the same time as J was 3 she was refusing to use the stroller at all. At that point we started to walk around a mile and half minimum a day to preschool and back and the following year when J started school our walk to school was a mile and half each way and T who was 2 and a half when he started school used to walk there and back with me unless she was ill.

Our strollers were still in the garage as my husband is a hoarder and we hadn’t thrown them away. We looked at our double stroller – really heavy and would add even more luggage something that I am not fond of – and then there was the umbrella stroller, lightweight and easy to carry we had used it on a few trips when the kids were very young – but when asked both kids adamantly refused to use their baby stroller. In the end, we decided that we weren’t going to take our double with us and in reality, the umbrella stroller was probably on its last legs and handling at the airport wouldn’t be good for it at all. So we left them both behind! We could always take the advice and either hire or buy one over there. 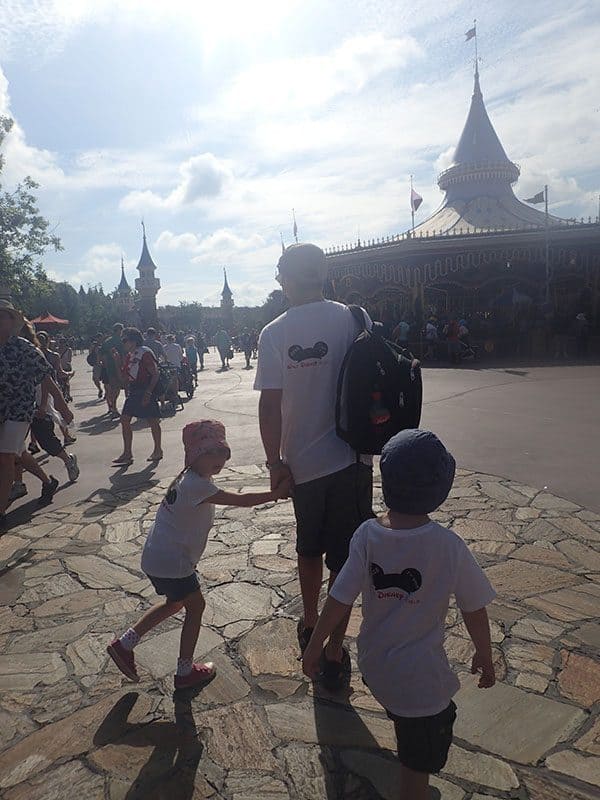 So 14 days in Florida – Orlando for most of them, not every day in the parks we had some days away visiting relatives on the coast as well as days spent at the water parks our families idea of relaxing by the pool is going mad in the water park as we can’t sit still and do nothing much just not us.

Our days were sometimes long – first day in magic kingdom started at 7:30 leaving the villa and although we popped back around 2 to the villa we returned to the park at 5 for the evening and left at 11 pm at which point we did have to carry out 1 sleeping child and help the other one with the last bit to the car park after sitting down on the ferry to the car park.

BUT, at no point did we need a stroller, there was so much going on that we never experienced the I’m tired or my feet hurt, we split up days with either shows or parades for a sit-down or returning to the villa for a break after the morning and I am sure if they were anyone else’s, kids, they would have fallen asleep but not in our case.

What to Read Next -> Important Dates for you to know when planning your Walt Disney World Vacation.

Now back to the question – Do I Need a Stroller for Disney World?

You know your kids – our friend’s daughters 2 and 5 did, but ours didn’t. I saw little tots running around when ours were being carried out asleep (likely that they had had a nap at some point) and I saw much bigger kids having a rest of their legs in younger siblings strollers at various other times.

My advice though coming from the UK if you are unsure because you don’t use one at home then don’t buy one especially to bring, head out on that first day and if need be that first day hire one in the park then return and before coming in on another day head to Walmart and get yourself a cheap one.

Use it and then leave it there or even bring it back with you especially if you have a late flight and an early morning arrival it may come in very handy then as well.

BUT, if like us you are unsure then wait to see what happens. Your kids may just surprise everyone’s recommendations and not need one at all.

Pin this Post to your Walt Disney World Planning Board 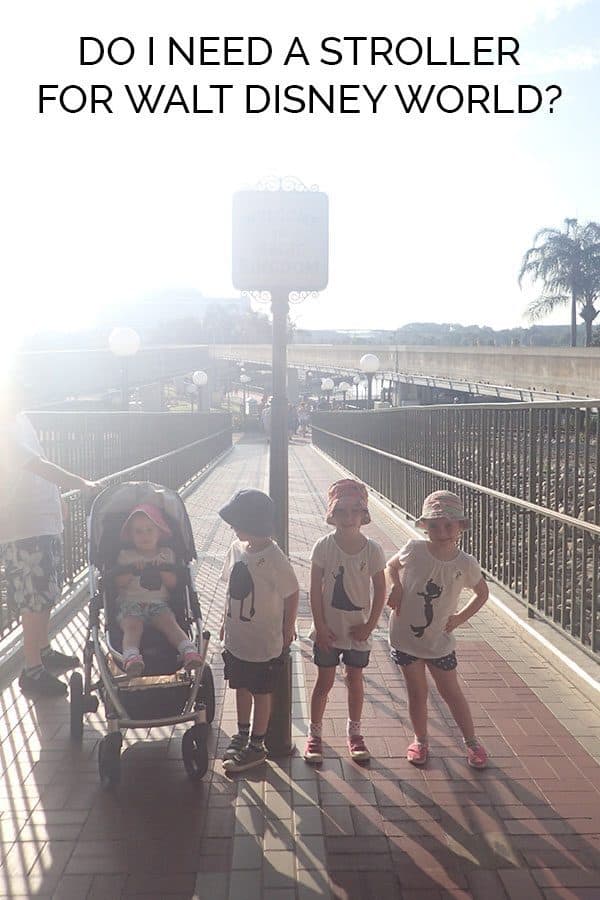