Sitting last week with my kids and husband at the theatre in our hometown watching Naomi Wilkinson the presenter of a couple of award winning wildlife shows for kids may just have been the highlight of our break it certainly inspired and energised me that we should be doing even more with the kids than we do already and I hope would help my daughter know that fear is normal and my son who this holiday made leaps and bounds with getting closer to nature that you can overcome your fears - because you know someone else saying it is always more powerful than your parents right! 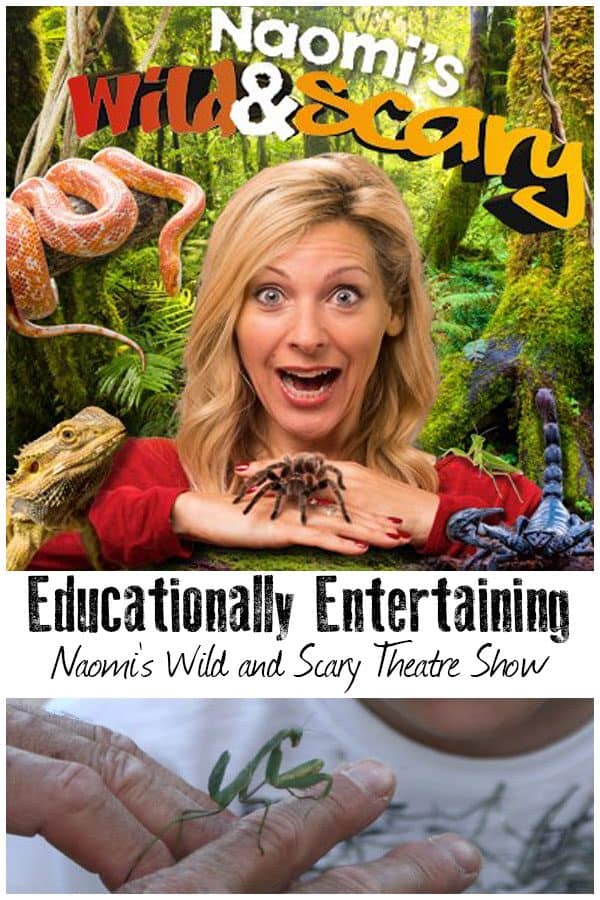 I'll tell you a secret I have a phobia - it's not to one of the normal animals, I love spiders, snakes, mice, rats, sharks, butterflies, moths, bee's, wasps even scorpions. But the creatures that I fear well as a Marine Biologist they were particularly hard to avoid - I am scared of crabs. I didn't know about this fear until one night on a patrol in Costa Rica during the rainy season when suddenly the beach underneath my feet was moving in the darkness and it was covered in crabs. They were everywhere, I would go to the shower and there they were climbing up the stilts on the cabin into the bathroom.... To say they were the stuff of my nightmares was an understatement. BUT.... it was something that I had to learn to live with or get out and there was no way that I was leaving my little project just because I was scared. I was certainly made of more grit than that. I still don't like them it takes me an effort to go anywhere near them but I do. Watching the show it was great to see a strong female naturalist up there giving off the same message it's ok to be scared, it's natural but you can overcome the fear. 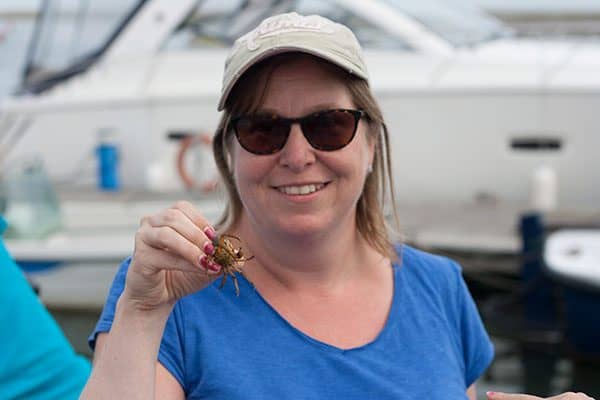 Naomi Wilkinson is the present of two of my eldest's favourite shows - Naomi's Nightmares of Nature and Wild and Weird both of which are on CBBC. She unlike some of the male presenters who appear to have no fear of anything is real. Travelling around the world she lets children learn about some of the more scary, wild and weird animals that are found on this planet that we call home.

With a fantastic underlying message of knowledge and conservation, both the TV shows and the theatre show are so good in this day and age when climate change, global warming, and environmental issues are being pushed under the carpets.

In the show Naomi who is a born entertainer, starts the show with a song and again in the second interval (and as someone who has worked in the field, lived wild for months and done research trips around the world that second song had me in absolute stitches) and then it gets less theatrical and more educational. Not that the kids in the audience knew that they were learning it was a laughter filled and seeing my husband do the scary shake out ~ well that was worth everything!

Travelling around the global you are lead from the USA to Central America, Africa to Australia watching some of the best bits from her TV shows and then the fun bit starts. Bringing out the animals that you see on the screen.

Each of the creatures is brought on stage by the fantastically knowledgeable "Animal" Mark, handling them with care, a video camera giving you a close up of them on screen as Mark and Naomi tell you more about some of the animals weirder attributes.

Naomi's Wild and Scary show was great, my best bit was the funny names that Naomi gave the trolley of animals that Animal Mark brought on the stage and the animals that they showed. I also liked the video's, my favourite the cave in Boreno when Naomi stepped in the bat poo! ~ J age 7 and 3/4

I liked the bit when Naomi and Animal Mark had the animals on the stage. I thought I was going to be scared before we got in but I wasn't actually! The animals were good because they were like jumping far and some were very fast! ~ T age 6

Although the show is entertaining, the animals amazing and not at all scary even the snake and spider. For me as a parent, a teacher, a conservationist and a marine biologist, the messages shared throughout, the shark conservation sections and the end were by far my highlights.

Our world is shrinking, the natural world at an alarming rate and from my point of view, there seems to be less and less emphasis put on it and educating our children about it. Growing up I remember lots of discussion about the natural world, climate change, deforestation and more. Watching those clips, reading about it, and listening to inspirational people, much like Naomi, spurred me on and despite the naysayers, I did exactly what I wanted to do I went out and I made a difference.

My hope, that shows like Naomi's Wild and Scary which get kids closer to nature through the more gross, scary or weird creatures that can be found and giving the messages about conservation, the ecosystems and the destruction that we as the most dangerous animal on the planet can do will spur on our children to be the advocates, the policy changers, the researchers, the activists and the ones that make a difference in the future.

Naomi's Wild and Scary - The details

There are tickets available at the 7 remaining shows around the UK and you can find out all of the details at Naomi's Wild and Scary show page. I can highly recommend it even if you have Arachnophobia or even like me Kabourophobia then go, learn about fear and watch Naomi conquer her own fear Galeophobia or Selachophobia (yes it's really that scary it has two names!) time and time again. 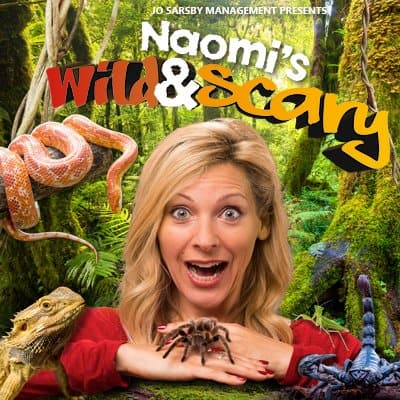 We were provided with press tickets for the show for review purposes but all of the thoughts expressed are our own for more information please see our disclosure page.