It’s getting near Christmas and darker evenings again which also means family games nights and we’re always open for new games to play together. Megableu is a newer game manufacturer with some fun games for the family to play together. These are interactive, stomach busting with laughter games that you and the kids can play together. Cobrattack, Trickin Camel and Alien Mission are three new games launched this year that will have you running all over the lounge, ducking from a hissing camel and shooting aliens in the lounge.


This was by far our favourite game and has been played over and over again. Based on the popular sleeping lions playground game a cobra is placed within a basket that has a mystical jewel, when you add the batteries (AA batteries don’t come with the game) and lock the cobra in place you have to try and retrieve the jewel from the basket without the Cobra jumping out of the basket. 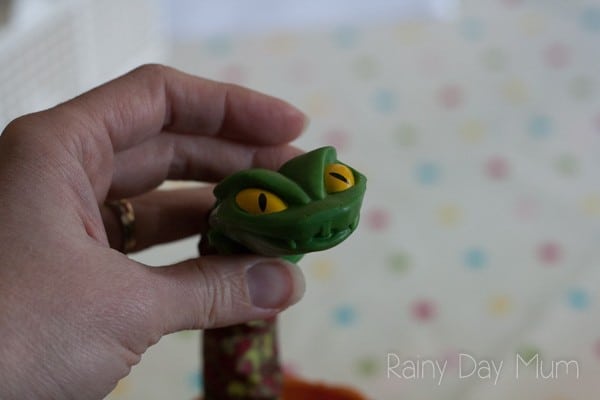 To make it a little more tricky the cobra has glowing eyes – when the eyes are green you can walk forward as soon as they turn red you need to stand still. We discovered that not only is the cobra sensitive to movement but also to sound as well, so be as quite as you can. 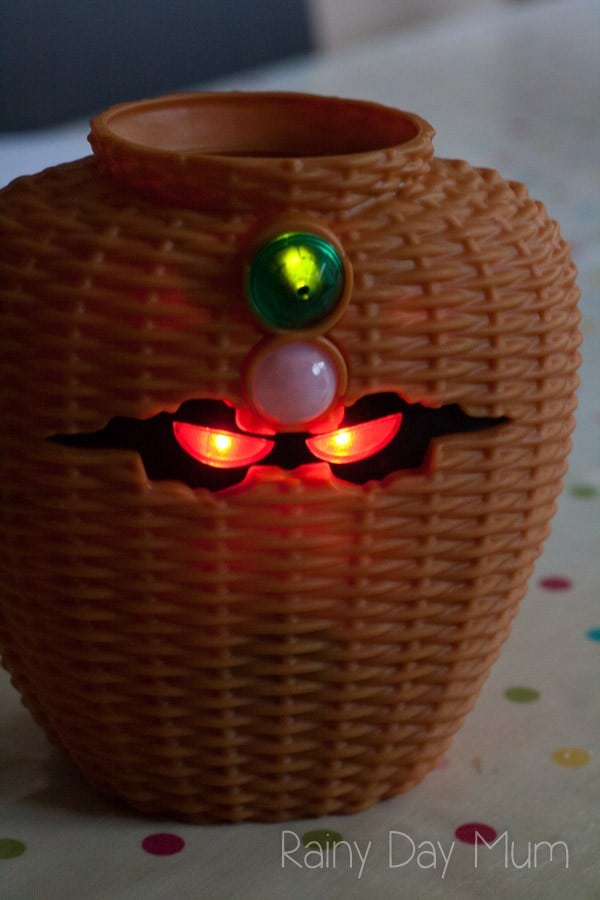 Get to the basket as quickly as possible and get the jewel and if you succeed some music is played in victory. If you don’t then you get a little fright and the cobra springs out of the basket straight into the air. 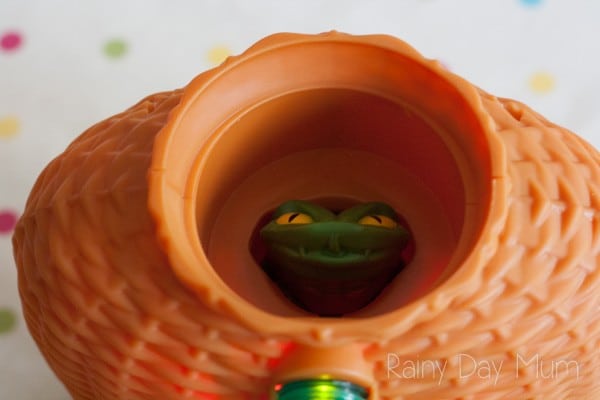 Although only one person can play at a time – we added a little competition and had a timer to see which of us could get the jewel the quickest without waking the cobra from his sleep.

Although we could all play this game together and the kids thought it was hillarious that they got wet occasionally – or more accurately when I got wet this really wasn’t as much fun as the Cobrattack was. 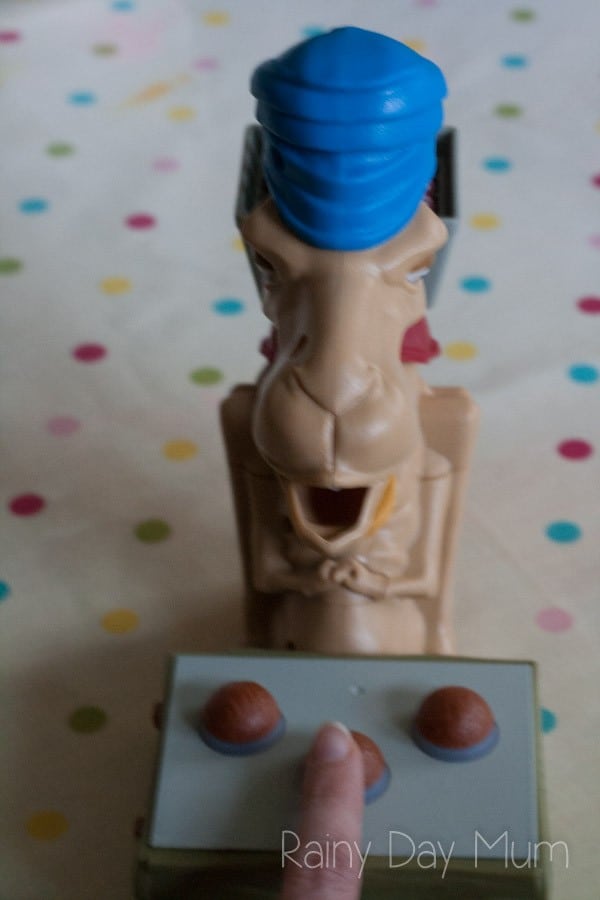 Again required batteries we quickly set up the game following the clear instructions – filling the camels mouth with a little water. With the camel’s mouth full we set it for 4 players and sat and played. There are 3 different challenges that you complete as you play together. The first a guessing game – similar to the cup and ball game played on street corners you have to guess which light was played last – if you are write the the heavy load that the camel is holding you help him with and remove a bottle. If you are wrong then true to life the camel will spit at you.

The second game similar to Simple Simon where you remember the pattern of lights – this time the number of lights increases and you don’t move on till the first player gets it wrong – at which point you all move on and one person gets wet whilst the others all have a bottle from the camels back.

The last challenge is a speed challenge. A sequence of lights will play and you have to press them as quickly as possible if you make a mistake the sequence stops, the camel spits and the others get to take the bottles out of the camels create.

At this point it starts again – the winner being the person with the most bottles when the crate is empty – but watch out there is occasionally a little surprise. 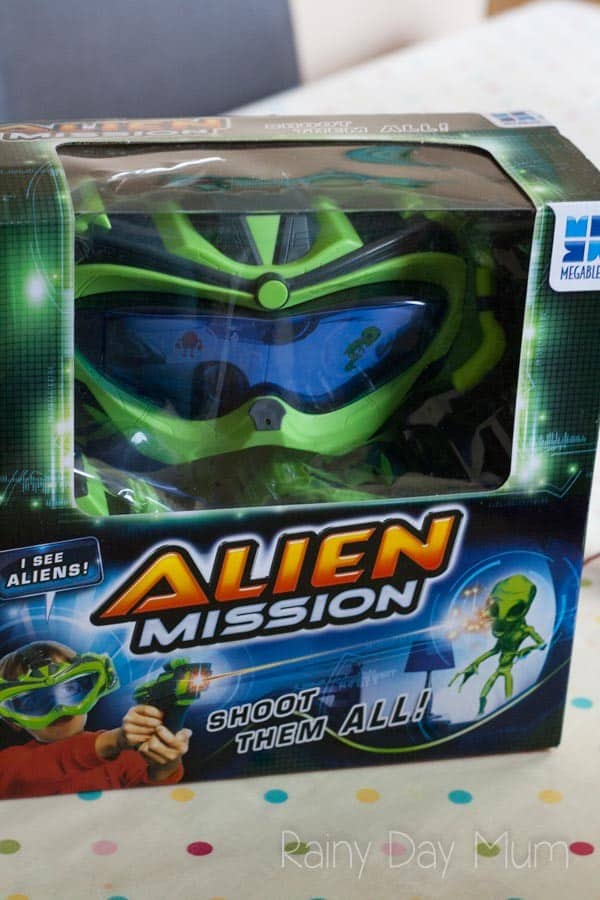 Get ready to battle aliens in your own home with this 3d shoot em up game. Not on a video screen but in real life – although I’m not really into these style games it definitely got our family moving around the house. 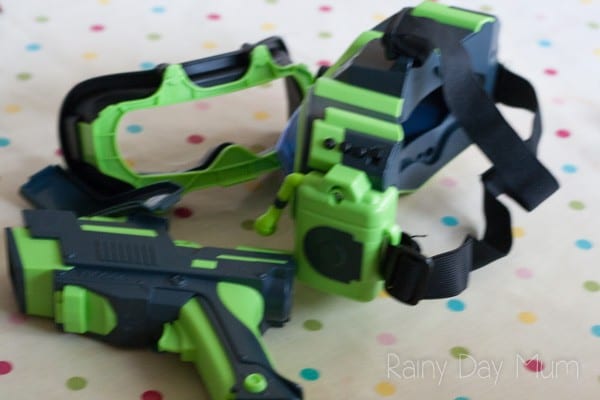 With your own set of goggles that project an alien you need to shoot them as you see them wherever they are in the house but watch out as there are some friendlies which will take points away. 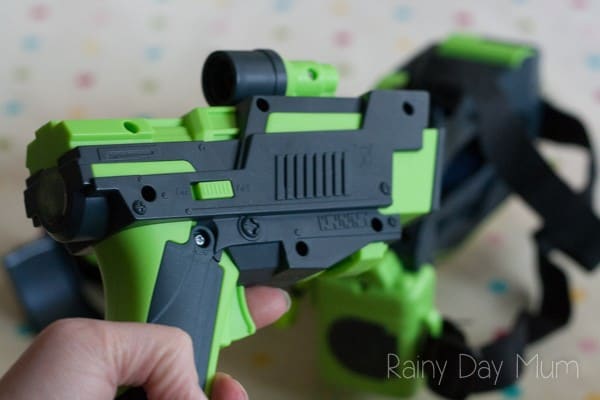 You can play this solo or as against each other totalling up your scores to see who has managed to destroy more aliens than others.

We received these games from Megableu for review purposes.