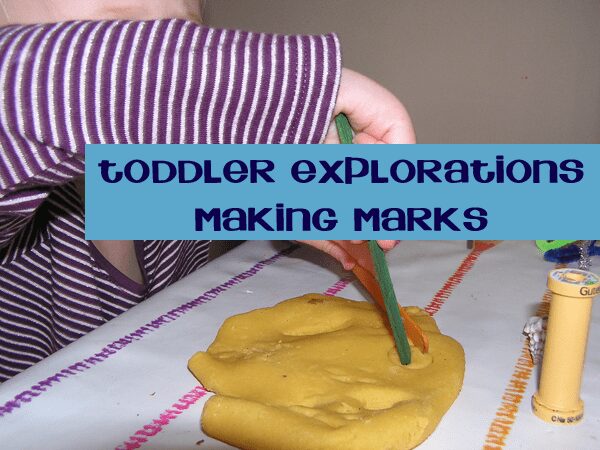 With J now at preschool T and I get some 1 on 1 time which is great, we've started very recently to set up some Toddler Explorations - these are  Invitations to Play with a strong element of exploration finding out what things do what happens when? Our first that I'm sharing with your is Mark Making with playdough. 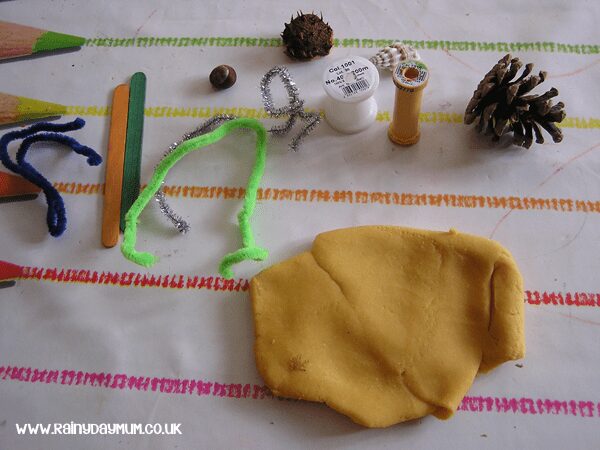 Setting this up with some homemade playdough using The Imagination Tree's No Cook Playdough Recipe and a variety of different obects that T could use to make marks in the playdough with - I included objects from our craft boxes, nature table and my sewing box for some Mark Making fun. 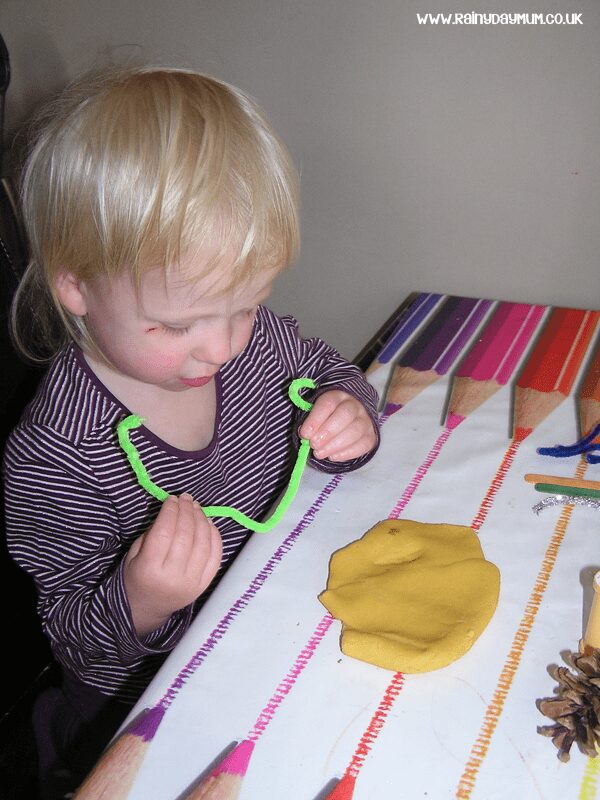 Before mark making we investigated the different objects, there was lots of "What is it" which is great for extending toddlers vocabulary especially at 19/20 months which appears to be a language explosion time with T and toddler friends of a similar age.  Then describing the object in terms of colour, texture, what it does. Once each object had been investigated T set about mark making with them. 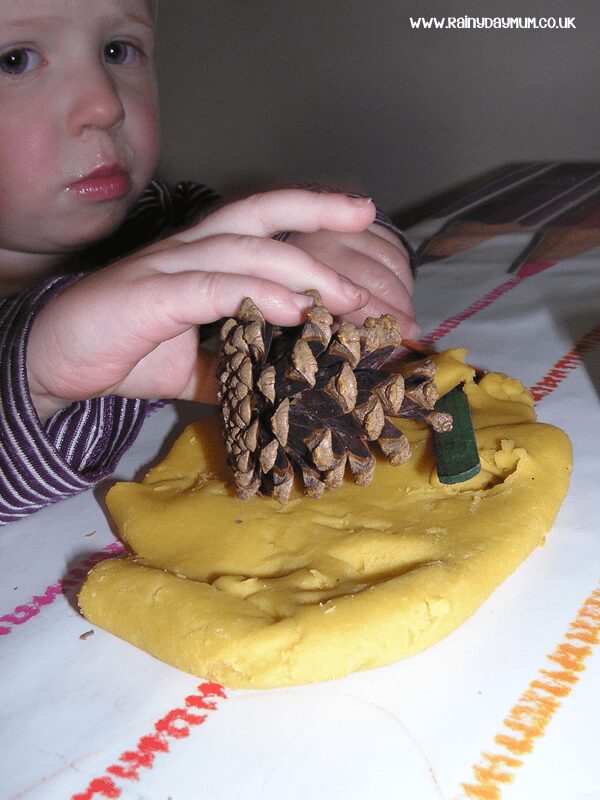 T set about rolling the objects first, she threw some to the side as they wouldn't roll, each made different marks in the playdough and she pointed out the marks that they made. 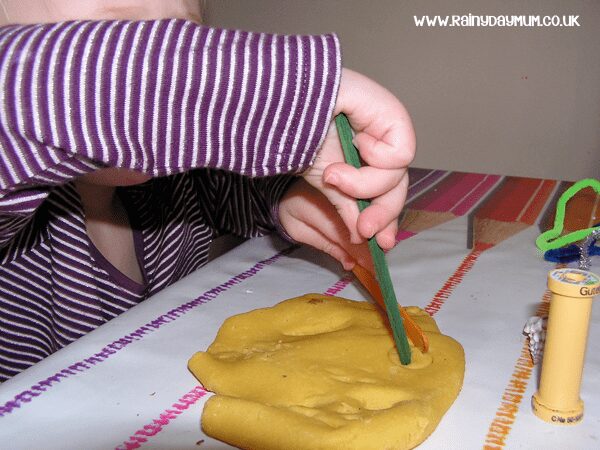 After rolling the objects she set about digging in the objects into playdough - by far her favourite was two craft sticks - which as you can see from this picture she is trying to use as a Knife and Fork.