Before Christmas, I wrote about Making a White Christmas a reality for your kids and said that this year we would – well we did. We were very lucky and won a weeks ski trip to France to spend Christmas in one of the best ski areas in the Alps for families. The Paradiski area is made up of 2 distinct resorts connected by a cable car and most of my teens was spent skiing in La Plagne including my one and only race, but this time, we ventured to the other side of the mountain and the family friendly ski runs of Les Arcs and the resort of Les Arcs 1950.

Whilst the kids had had an hour ski lesson back in October at Hemel Hempstead Snow Centre it’s been a long time since either of them saw proper snow and being able to spend Christmas in a Winter Wonderland. It’s also been a long time since myself or my husband slipped on some snow boots and strapped ourselves into ski and board bindings.

Having skied both as a child and with friends and my husband with friends, we knew what we both liked in resorts – but skiing with kids as a family is a little different. Les Arcs 1950 though is ideal for EVERYONE and yes I do mean everyone. Set up in the mountain with ski from the door accommodation it was typical of what I had come to expect from previous ski trips but that was where the similarity stopped. Les Arcs 1950 offered so much more.

Our kids are only 4 and 6 which although older than I was when I learnt to ski were still young in comparison to many that head off skiing for the first time and from talking with my parents who remember those days with me and my brother we knew that skiing would be different this time and instead of just ski focused it would include much more. 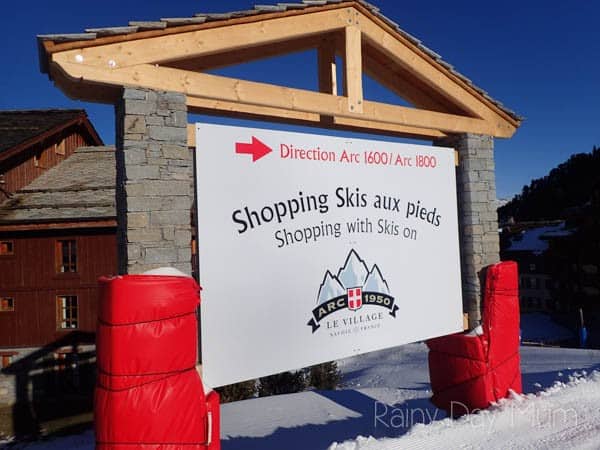 The resort of Les Arcs 1950 is a pedestrianised village – apart from dodging the skiers, sledges and boarders who use the streets there are no cars – a huge underground car park houses the cars of guests, residents and staff with a road curving up to one side of it the rest it is your feet, skis, board or sledge taking you around the village. 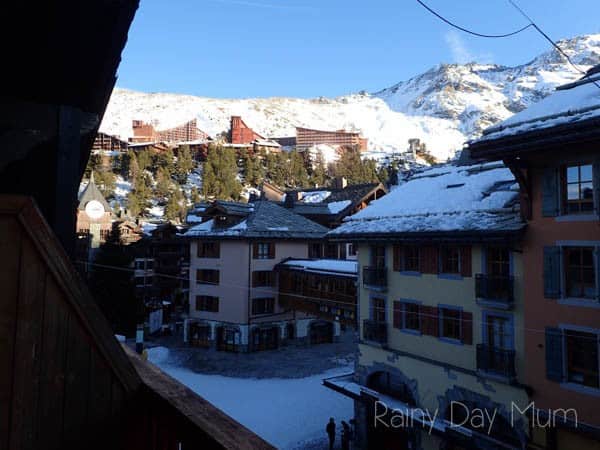 The accommodation in the resort is provided by 2 chains Radisson Blu and Pierre et Vacances in Le Village. My childhood was spent in Pierre et Vacances apartments and studio’s so I knew that these would be ideal and what’s more, they take it to a whole new level – more on that later!

There are shops and restaurants making it easy for us to cope with fussy and picky eaters by preparing meals that we knew they would eat all of, as well as get to go out for meals as a family something that we hardly do at home.

So was the skiing good – YES it was amazing to get back on the skis after a big break I think I may have been 20 last time I went however before that I had skied every winter of my life as well as training and racing one year whilst at university so I wasn’t a beginner but putting on those skis on the first day I felt like it. The choice of good blue runs was fabulous and the benefit of early in the season (it was the first proper weekend) was that the longest queue we were in was only 7 minutes long all week. 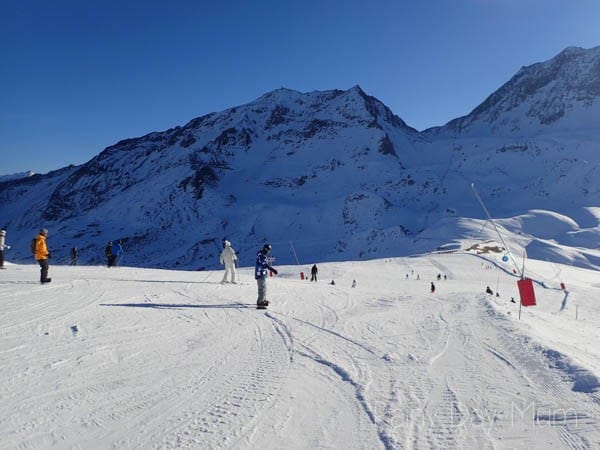 By the end of the week, my husband and myself were zooming up and down the slopes on the morning and the kids who had never skied before were also out on the blue runs with their instructor. 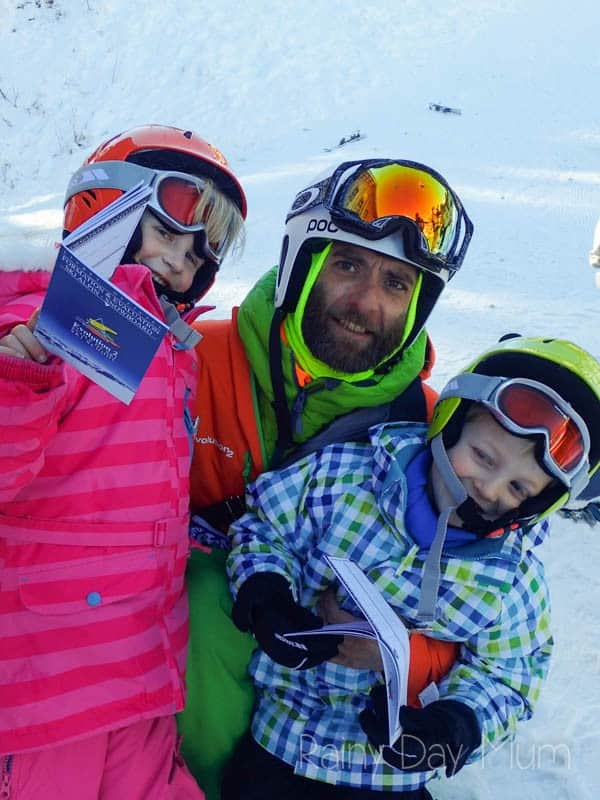 There hadn’t been a lot of snow so far this season when we headed out but there was enough on the top slopes that we had good ski and snowboard conditions and my husband will tell you lots of soft landings as well! 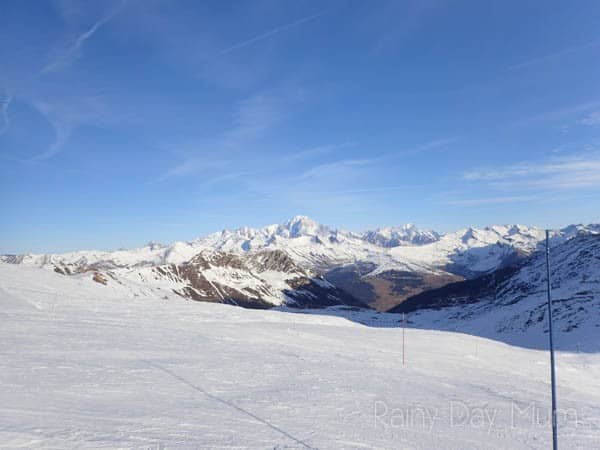 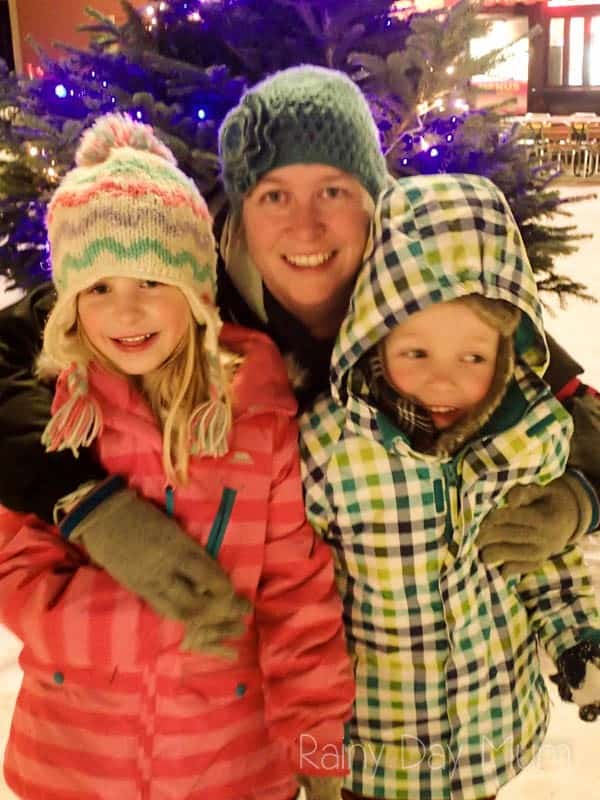 So what makes Les Arcs 1950 especially family friendly apart from being pedestrianised and having shops and restaurants. That would be the facilities.

When you ski with young kids it’s not like skiing with teens or with your friends instead you have a morning or afternoon of skiing perhaps a little hour in the snow park and that’s it – after all, they only have little legs and those runs are long! So a ski trip with a young family you discover all of the other features of a resort. 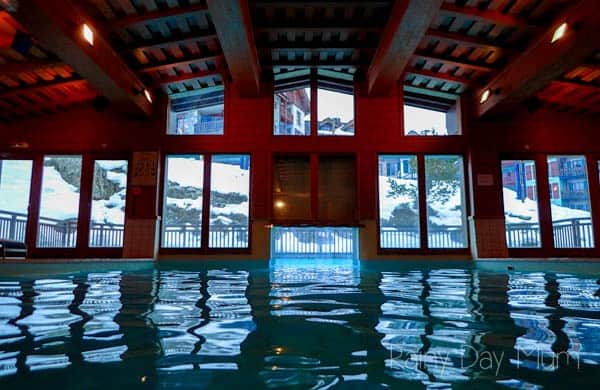 Les Arcs 1950 has 2 swimming pools one that we frequented had an indoor section and an outdoor section – yes swimming in the snow! Plus there is a spa and fitness rooms for those that want to use them.

Inside the village, you can hire sledges from most of the shops and use them on the small slopes going in and out of the village. 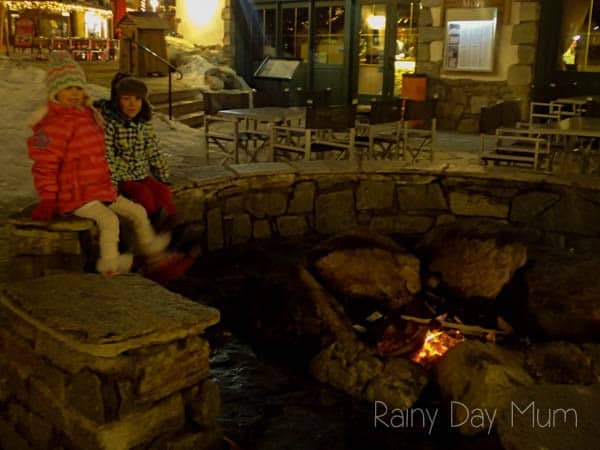 There is also a firepit which is lit regularly for you to toast some marshmallows on and sit by and have a glass of vin chaud and a delicious crepe. 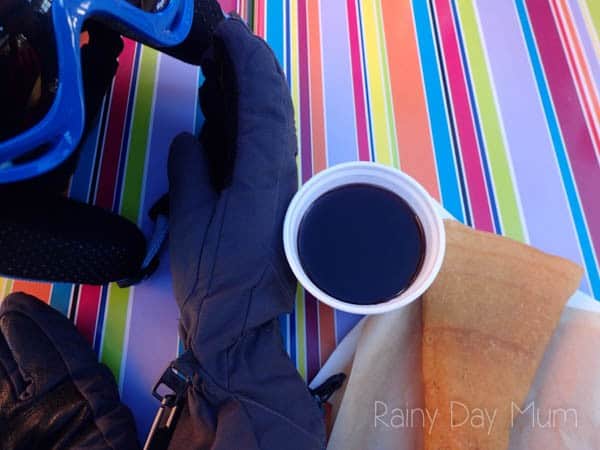 What stood out for us was also the entertainment programme that the village puts on, yes we were there for Christmas Week however, I’ve sneaked a peek at this weeks and there are things like street entertainment, lantern ski parade by the staff of the ski schools and remote control races as well as Finnish Bowling!

As Les Arcs 1950 is connected to the other resorts of Les Arcs – Les Arcs 1600, 1800 and 2000 it’s easy to move between them using buses or the cable car. Between the different resorts, you can find bowling alleys, aqua parks, ice skating as well as some real treats on the slopes like the Snow Igloo and Rodeo Park! 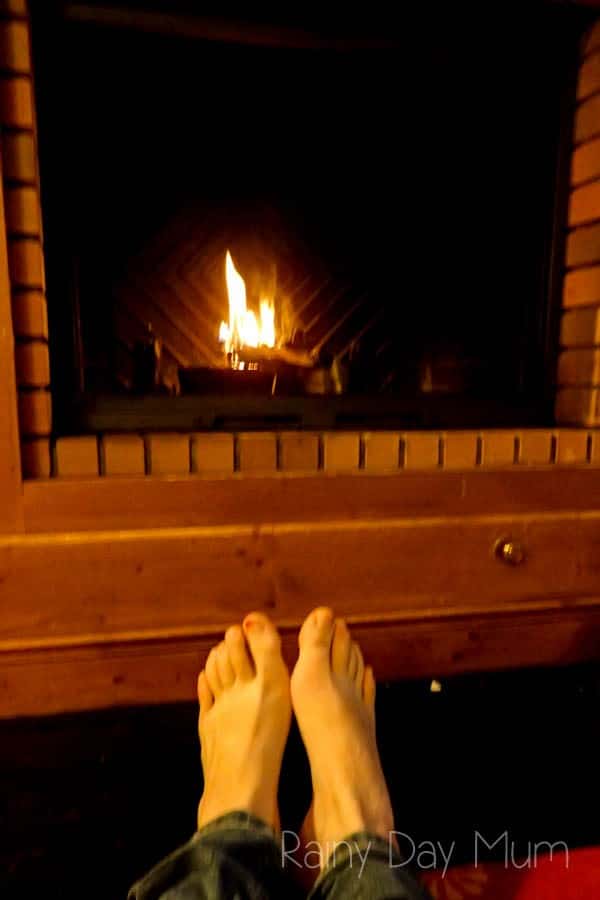 Being able to move between the villages also increases the events and activities on and we found that by using the Crystal Ski Explorer App we were able to see the tweets from the Les Arcs Ski Team and find out when events were on – however with young kids what we tended to do was light a fire in our apartment and snuggle up on the sofa whilst the kids were asleep.

Today see’s the start of our Family Skiing Series – over the coming weeks we will be sharing advice and tips for your family ski trips from packing guides, when to and when not to have ski lessons and some destinations that are amazing for families. Next week – Why Ski lesson work for young kids

As I mentioned we won the ski holiday but I know you want details about it – you can check out the Crystal Ski information about Les Arcs in the Paradiski area and find out more about Le Village and the Pierre et Vacances apartments.