We have looked at fairly modern Artists as part of Red Ted Art’s Kids Get Arty so this time we took a step back all the way to Renaissance Italy and looked at Michelangelo. 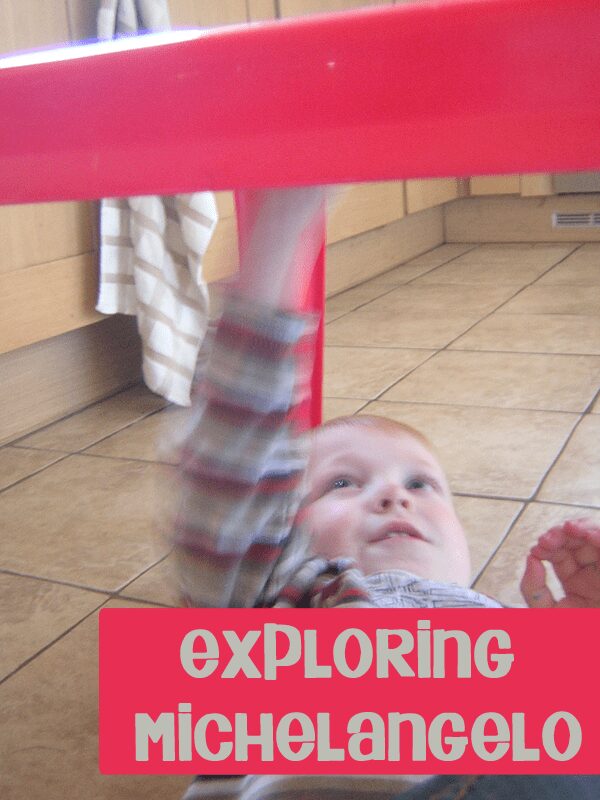 It wasn’t possible for us to go and visit any of Michelangelo’s work – however we used the Internet and some books to explore Michelanglo looking at the variety of different art work that he completed and where he worked and lived. We started off with Wikipedia – yes I know J can’t read, but looking at the images on the site we were able to see the variety of his work from the Statue David to the Sistine chapel.

The Sistine Chapel grabed J’s attention and we delved in further he liked that the pictures looked real – unlike Mondrian, Monet and Lichtenstein who were have looked at before Michelangelo drew and painted life like images.

A picture of the chapel brought about the question… “how did he paint it”, J’s first suggestion was he painted it on paper and then someone glued it to the roof of the building. Some further investigation and we discovered that he used scaffolds and laid down to paint his images.

So we decided to draw like Michelangelo and create a “ceiling” of our own. 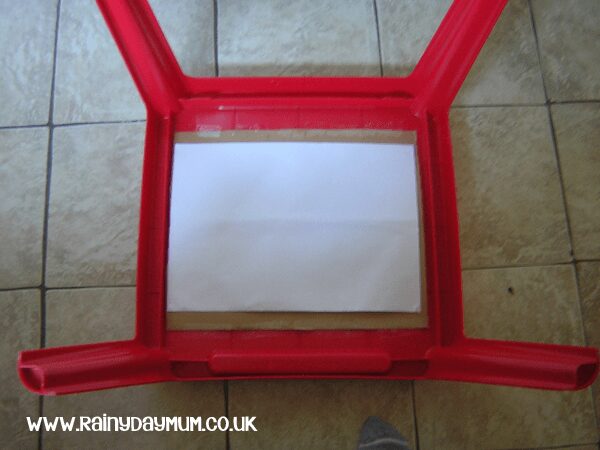 I set up J’s table with a piece of cardboard on the bottom which I used Sticky Tape to secure in place. Then using sticky tack I added a piece of paper and turned the table over. J and I then laid down on the floor and looked at our ceiling and started to draw together. The first thing that he wanted to draw was the picture of God Creating Adam or more accurately the hands so we drew around my hand first and then around his with his finger touching mine. 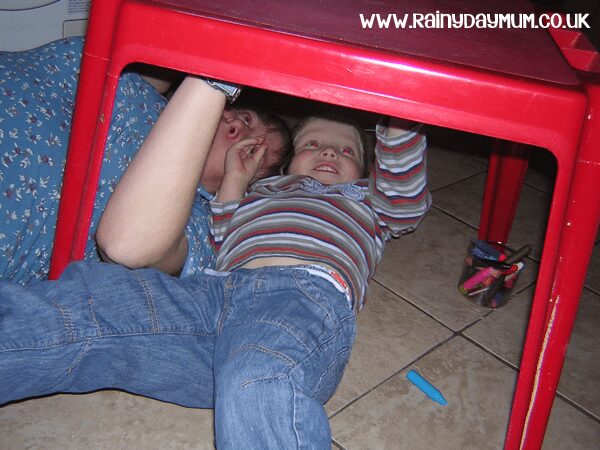 He then decided like Michelangelo he wanted to complete his ceiling himself and he set about creating a face with “pupils” in the eyes and asked me to come back and add a tree to his picture. 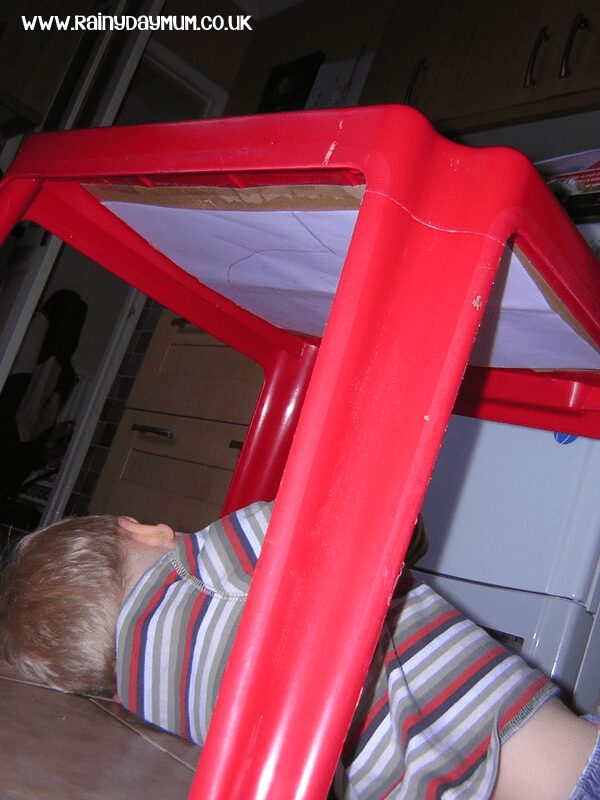 He’s really pleased with his “Sistine Chapel” picture and has decided that it should be placed on the ceiling of his and T’s den (under the dinning room table) so I’ve had to attach it to that. 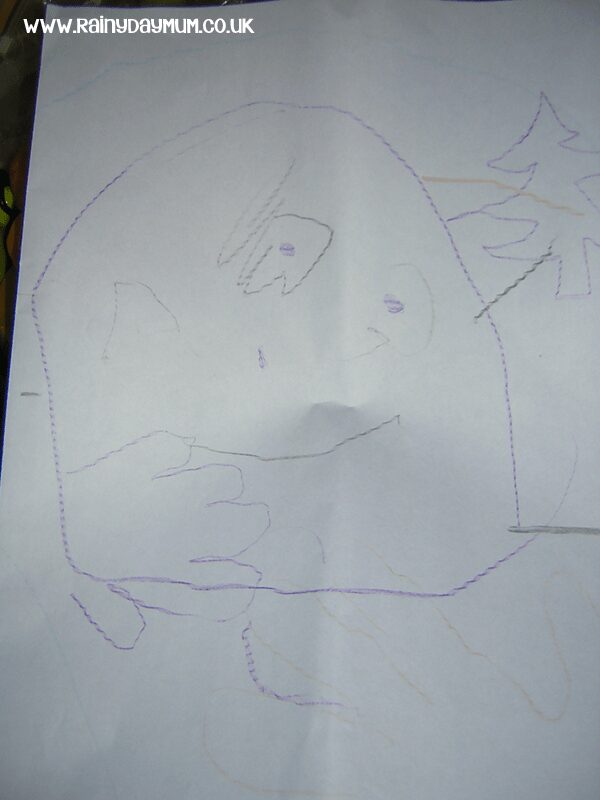 A warm welcome to Rainy Day Mum, your hub of ideas and inspiration for kids’ activities, learning, crafts, and tasty treats they can cook themselves. From tot to teen whatever the weather there’s always something fun to do.
2638 shares
2.6K shares