One of the first artists that many children are exposed to are children’s book illustrators – by far my favourite illustrator/artists is Eric Carle so when J posed the questions “How does he make his pictures?” we decided to explore Eric Carle as an artists as opposed to an Author. 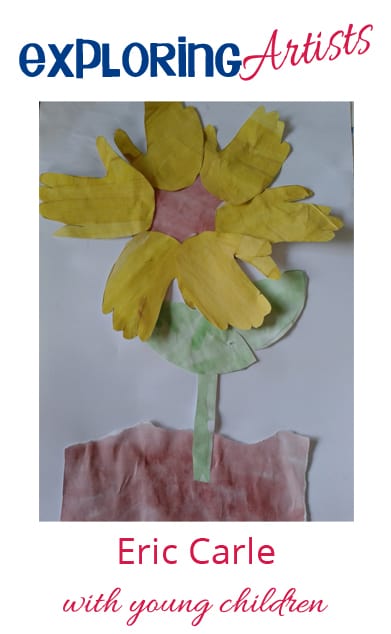 Our first stop of was looking at the pictures and working out what makes his work stand out – J decided it was the colours used and the way it looked it was different to the illustrations by Alex Scheffler in the Gruffalo. We looked at the books that we had in our collection and noticed that Eric Carle’s illustrations were similar to the illustrations on It’s Mine by Leo Lionni in that they are both made of bits (collages) but something about Eric Carle’s were different.

With a prompt we looked at the colours – J is very into tones and shades of a colour at the moment pointing out how he’s got a light green or a dark green t-shirt on and how bright blue the sky is so when looking at the colours he started to notice that there wasn’t just light green or dark green like the cover of Mine Mine Mine instead it was a mix of colours in each part of the collages.

I have had bookmarked for a long time The Official Eric Carle site and the document on how Eric Carle creates his art as well as the slide show showing his process and J, T and I watched the slide show and talked about how the paper that he used in the collages is made and then how he goes about creating the illustrations for the books.

Working with Toddlers and Preschoolers I knew that following the process exactly wasn’t going to be possible – tissue paper is too fine for them to work with easily especially when wet so with some modifications we went about creating some Eric Carle inspired art.

What you need to create some Eric Carle inspired Art work

How to create some Eric Carle inspired Art Work 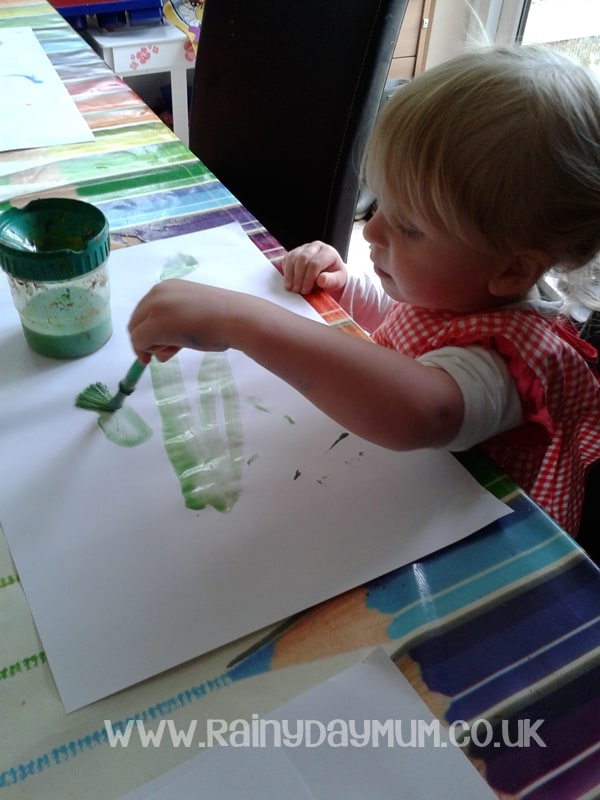 We started of by mixing up some very watered down paint – T and I squeezed some paint into our paint pots and added water and then mixed and mixed until we had dilute paint to use. We then set about painting the paper – she’s just 2 and loves painting but doesn’t have the patience to wait for colours to dry to apply more so we simplified the process by applying 1 coat of paint and adding in some different colours and blending them in as well – this way we got an effect of having more than one shade of colour and also could see the brush strokes in the art work. 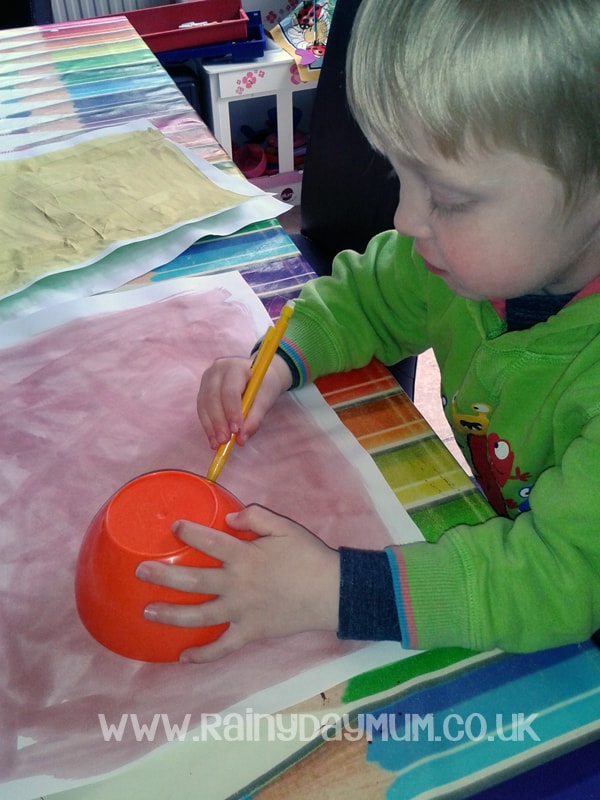 Once dry we then set about creating our collage pieces – as summer is on the way we decided that a sunflower would make a good piece of art work and we could draw and trace pieces to make the collage easily. So with a bowl J drew around the outside to create the centre of the sunflower. 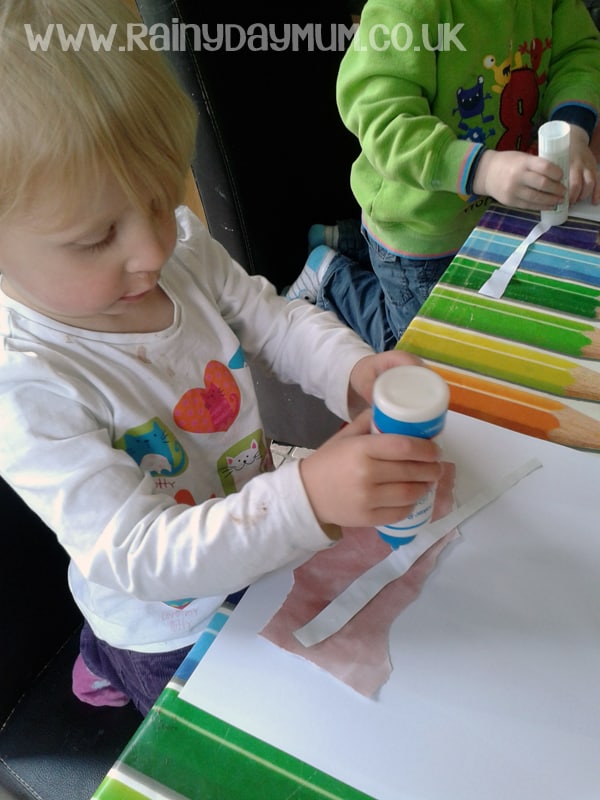 To form the leaves J and T drew on the paper leaf shapes which we could then cut out and our petals we traced around their hands and cut them out. J has been working on cutting skills and he used the scissors to cut out the stems. Once all pieces were assembled then J and T set about gluing the pieces in place on their paper. 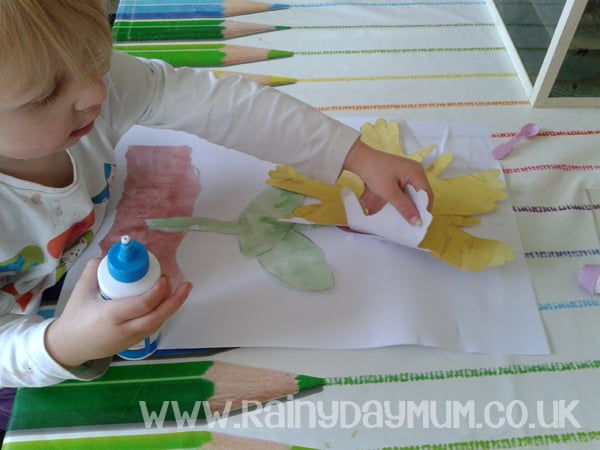 With everything in place the Sunflowers inspired by Eric Carle’s process of making the illustrations for his books and for others were left to dry and tomorrow we will add them to our art wall. 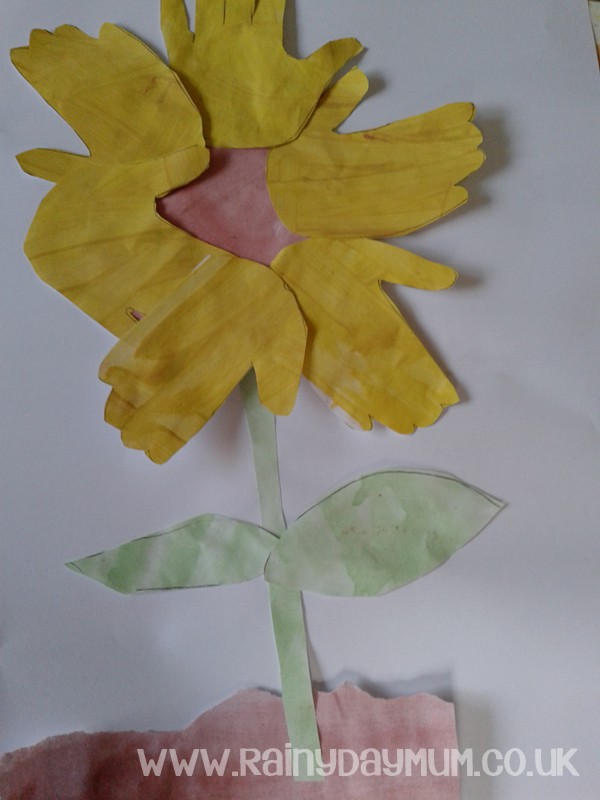