Dragons have always fascinated me and I think I probably encouraged my children to love the topic. There is just something so magical about the beasts and whether they were real, are real or just from stories. And boy are there are many stories about them from different cultures and times in histories that you can't but wonder! Within the first few months of the year I haev read books about dragons from Chinese Culture as we learn about the Chinese New Year, and then as we move into Spring and St George's day comes around I liked to read more books about knights and dragons so I've put together my favourite Dragon Books to read together with your Toddlers and Preschoolers. 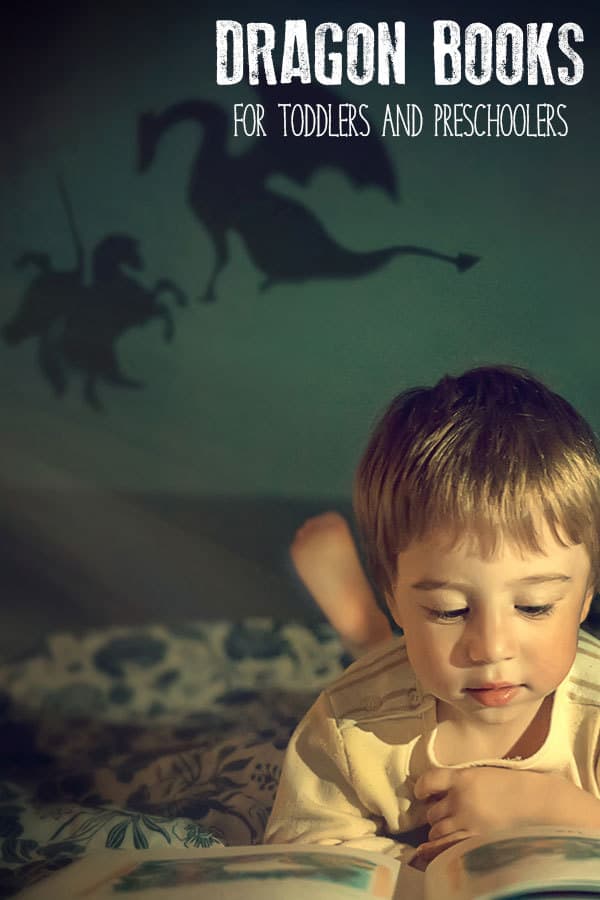 Dragon Books for Toddlers and Preschoolers

I've tried to split this list up into different sections so that you can pick general dragon books as well as more specifically focused on different dragons that relate to celebrations and festivals in the year.

We have included affiliate links to books and resources we recommended if you make a purchase by this link we may earn a small commission.

In Dragon Dance: A Chinese New Year Lift-the-Flap Book by Joan Holub lots of the traditions associated with the Chinese New Year are featured including the impressive Dragon Dance. I love the lift the flaps in this book and the way that it introduces the culture and customs through a story.

In Chelseas Chinese New Year by Lisa Bullard Chelsea's family is celebrating Chinese New Year and in the book she learns about the fancy dragon dances throughout the streets. This is a non-fiction storybook so although the character of Chelsea is fictional and her journey through the celebrations is full of facts that can help you talk about a different culture.

In The Day the Dragon Danced by Kay Haugaard through a tale of a little girl watching the Chinese Lunar Year parade and the Dragon Dance we learn a little more about the culture of the dance and those of Chinese New Year too.

Using the Chinese Dragon as inspiration in Red is a Dragon is a great way to explore colours through dragons and the Chinese New Year and Chinese Culture.

Discover more Books for Toddlers and Preschoolers on the Chinese New Year.

St George and the Dragon

As I am English and our patron saint is St George I grew up listening to stories about St George and the Dragon every April. How he fought the dragon and won. With my children I wanted them to learn a little about the story as well before they started school so we picked up a couple of books to read together from the library to learn a little more of the story of St George and the Dragon.

In this retelling of the tale of the Red Cross Knight and the Dragon from Stories of the Faerie Queen Margaret Hodges and Trina Schart Hyman produce a beautifully illustrated book in Saint George and the Dragon. This version of the two is one that I have brought and added to our collection as I loved the illustrations so much.

A second version of the retelling of the tale is St George and the Dragon: A Short Fairy Tale for Children by Edmund Spenser and Jeanie Lang. Staying true to the version in Stories from the Faerie Queen it's a great retelling and we loved taking it from the library but really preferred the images in the first version as they were more traditional and medieval in appearance.

Dragons have a pretty bad reputation - they were generally the bad guys stealing the princess, terrorising the kingdom and burning their way through the lands. So they became quickly associated with knights of old that wearing their armor like St George above would fight the dragons and free the princess, rid the land of them and live happily ever after. Not all stories though are about the fierce dragons and this mix of tales and stories contains some shy, friendly and less than fierce dragons.

When neither the dragon is fierce nor the knight is brave you have some fun and in The Knight and the Dragon by Tomie De Paola which has been one of our featured books on The Virtual Book Club for Kids you find out what happens when these two go against each other in battle.

King, Knights and Dragons are featured in this fun tale by Peter Bently and Helen Oxenbury - King Jack and the Dragon. In this book which shows the extent of children's imagination and then turns how their play can lead to being scared when it comes to bedtime. It both tells tales of dragons and brave dragon slayers as well as a comforting bedtime tale for little knights that at the end of the day may not be up for slaying the same dragons they fought in the light.

Do your kids love the Rhyme There was an Old Lady Who... then they will also love There Was an Old Dragon Who Swallowed a Knight with bright colourful illustrations and fantastic rhymes it is a fun book to read to preschoolers who will laugh as the dragon swallows basically the whole Kingdom

What happens when you are friends wth both a Knight and a dragon well Kenny the rabbit is just that and in Kenny & the Dragon his two best friends go into battle but neither really wants to fight, but you know that dragons and knights have to fight! Read the book together with your little ones and discover how Kenny helps his two friends overcome this problem.

We all know that dragons are terrible right - well the dragon in Dragon was Terrible is by far the worst. The things he gets up to will shock and astound you from burping in church to scribbling on the books. Everyone in the kingdom tries to sort him out - but well you have to read it to find out what happens but as books go it had my eldest on the burping because we know that all boys love when the stories include bodily functions (and my daughter thought it was worth a giggle or two as well).
Why not make a knights helmet to imagine you are one of the knights in the books above slaying or befriending one of the dragons featured.

Fun Dragon Books to Read together 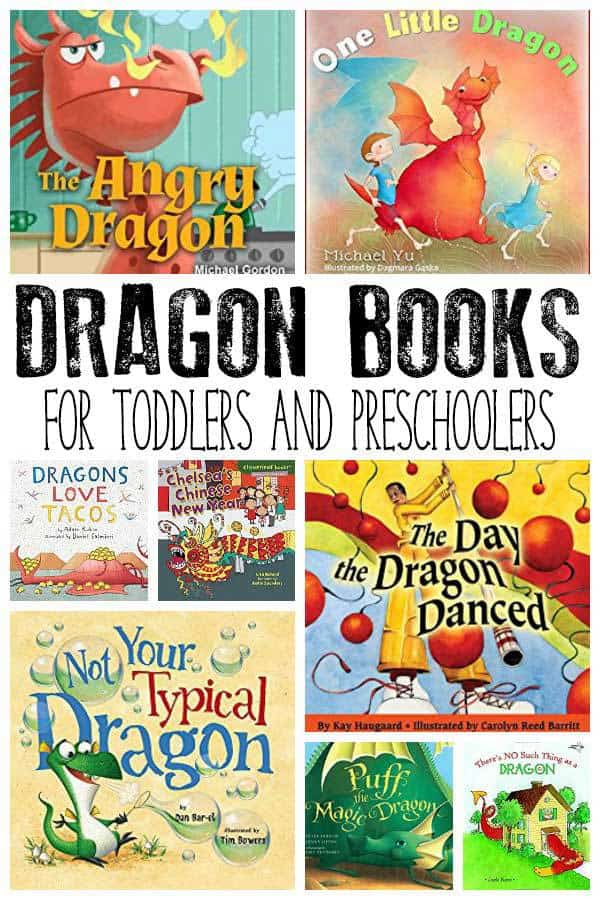 As well as the more traditional dragon books featured above for Chinese New Year, St George's Day and with those Knights there are lots of books that just have dragons because they are such a fun theme for toddlers and preschoolers. Check out our favourites below.

My daughter's favourite dragon book is Dragons Love Tacos because so does she. We're lucky though that unlike the dragons in the book spicy salsa doesn't effect my daughter! This is such a fun book for toddlers and preschoolers with friendly funny dragons inside as well. It's also featured in our Virtual Book Club for Kids.

My absolute favourite of the tales featured and probably why we have more than one copy as well as the CD with the song on is Puff, the Magic Dragon. I love the tale and although it is sad as childhood passes by the end we are reminded that what once a childhood vision of us becomes that of our own children. I would recommend this as a keepsake book to read together and listen to the music.

No matter how many times you tell me I refuse to believe that there's no such thing as dragons and I'm pretty glad that we picked up the book Theres No Such Thing as a Dragon when my kids were young. This is a fun story to read together and made us all smile especially when it became pretty obvious that there was indeed a dragon.

Dragons are fierce and dragons are angry, RIGHT! But in The Angry Dragon: Childrens book about a Dragon Who Learns How To be Patient the little friend of the dragon a boy teaches him that being angry isn't the way to go. This book is great to read together either for the theme of dragons or when talking about emotions and feelings with toddlers and preschoolers.

For your little dragon lovers Good Night, Little Dragons is a lovely little book that will help encourage bedtimes. With little dragons brushing their fangs and taking a bath it's easy for toddlers and preschoolers to relate to these common habits and may even encourage them to follow in their footprints.

If you've ever had the getting dressed battle with your toddlers and preschoolers then you will laugh along with How to Dress a Dragon as the little boy in the story tries to dress a dragon and finds all sorts of things difficult to do but overcomes them with ideas like Tickles and chases... All sounds a little too familiar to me but a lot of fun to read together.

This book based on the popular Nickelodeon series Wallykazam and matches up with one of the episodes Dragon Hiccups Wallykazam! In which Norvil the dragon has the hiccups and together they try and find a cure for them. In the episode of the same name they focus on a specific letter "m" in this case and this would be an ideal opportunity to expand on that work on some alphabet and phonics work with your toddlers and preschoolers.

There's another not so scary dragon in Not Your Typical Dragon in fact he's trying to become more scary and breath fire like all of the other dragons - but he's not very good at it. In fact he's muddled up and breathes teddy bears and whipped cream. My kids loved this and laughed along with the tale of this funny little dragon.

In this rhyming book, One Little Dragon find out how Drake the Dragon can overcome his fear of making friends. A sweet little book to read together and would be perfect for the start of a new school year or reading aloud to your own child if they are off to experience something new. 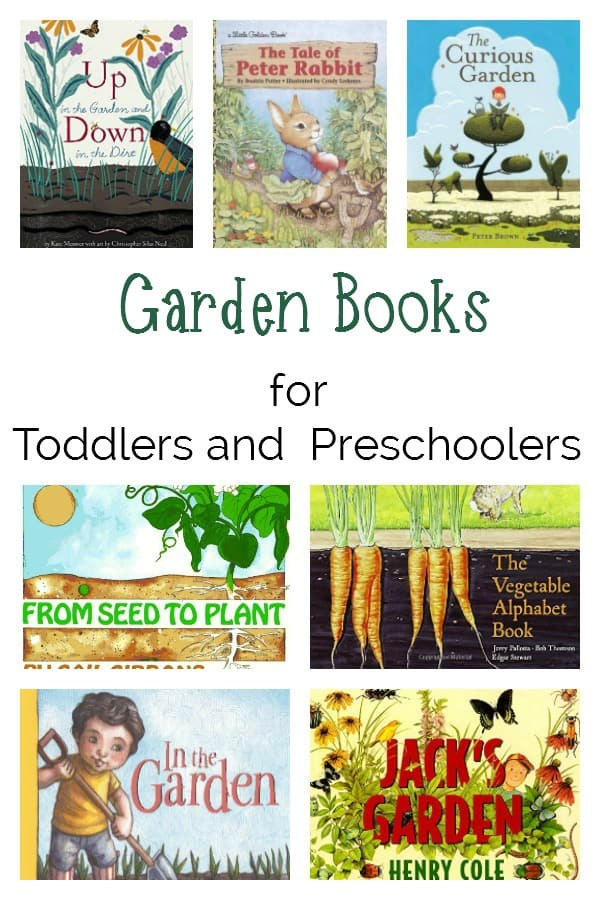 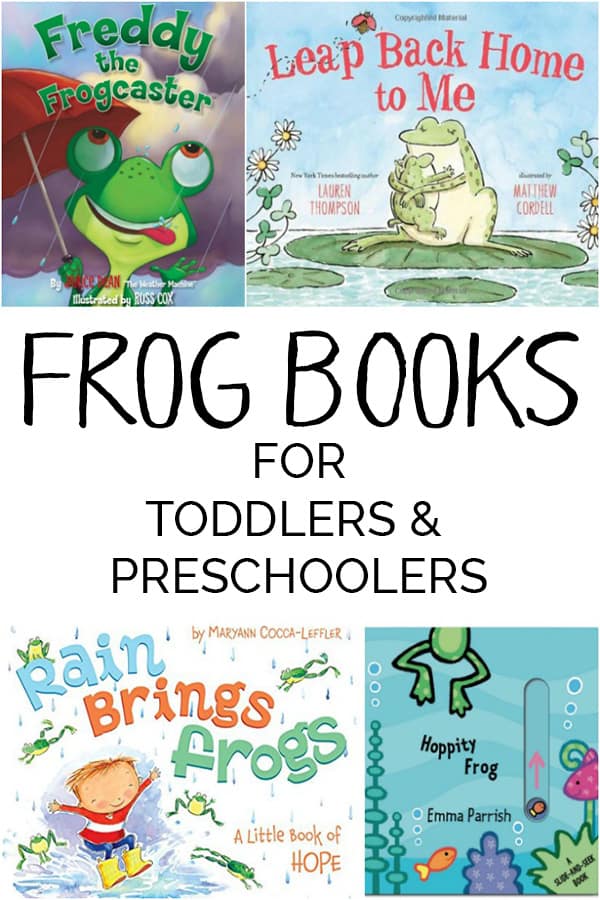 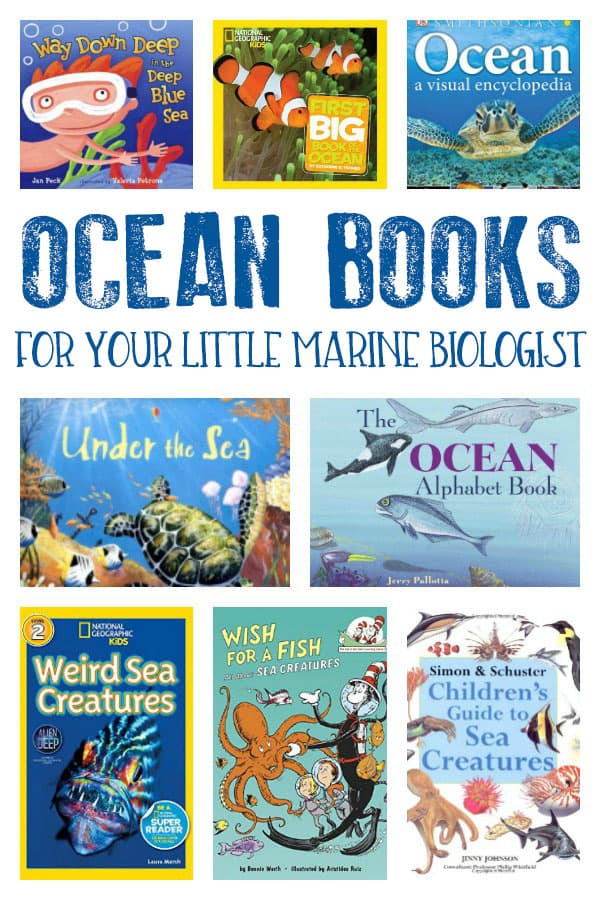 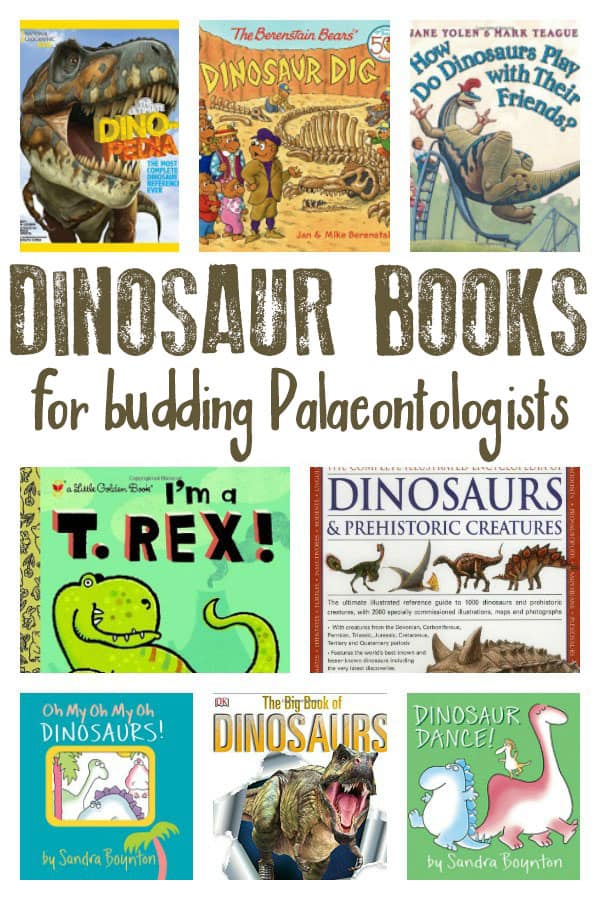 Garden Books for Toddlers and Preschoolers

Frog Books for Toddlers and Preschoolers

Ocean Books for Toddlers and Preschoolers

Dinosaur Books for Toddlers and Preschoolers 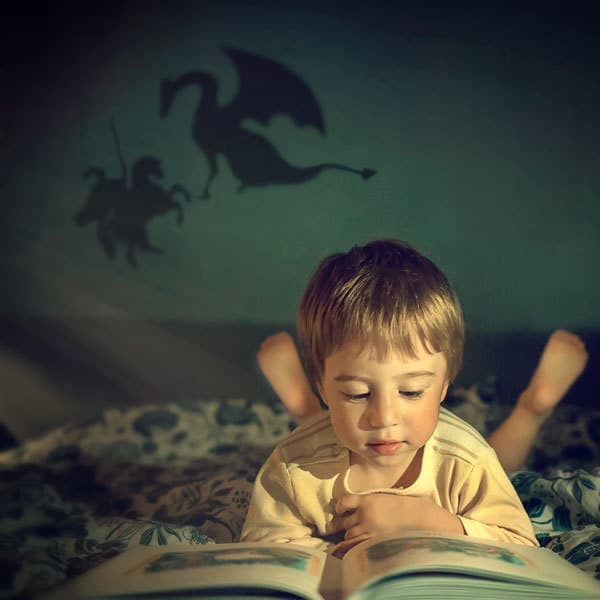