For the final activities for our Ocean week for Storybook Summer here on Rainy Day Mum we have a fun DIY game that you can create for your kids that is also great for Shark Week at the end of July. This Feed the Shark Game can be used for counting, fine motor skills work, posting letters and any number of ideas that you could feed the shark. So here it is how to make this simple DIY Feed the Shark Game for your kids. 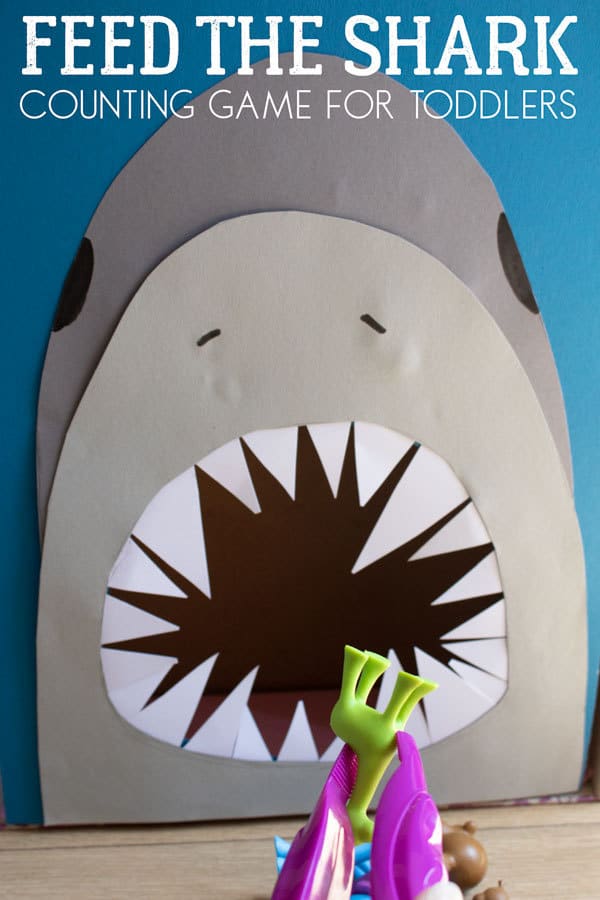 We have included links to the books and resources we used to make this DIY Game. If you buy via these links we may earn a small commission.

Of the Ocean books we have at home one of our favourites is Commotion in the Ocean by Giles Andreae it’s a collection of poetry about the animals in the ocean and of course one of the featured animals is a Shark although there are lost of others including Whales, Sea Turtles and even the deep sea Angler Fish.

As it’s poems rather than a full story we can quickly read a specific poem about one of the animals in the book and then get creating, playing or learning with an activity featuring that animal. So this Shark feeding game is ideal for making and playing after you have read the shark poem.

There are so many ways to use this game as one of the easiest is to use it to count out the animals that you feed the shark. We used a set of animals counters as it what we have around the house, however, if you frequently do Ocean Units or have under the sea mad preschoolers then you should check out the set of Ocean Counters by Learning Resources as they would be ideal to use for any of the activities that week. 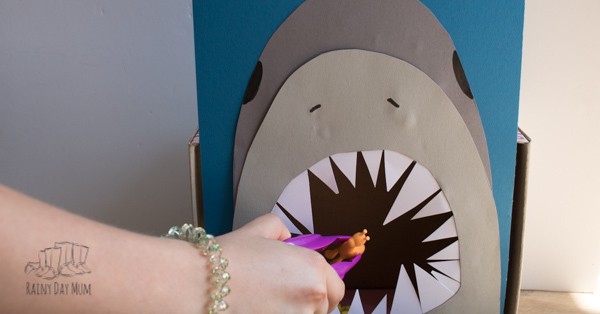 Cardstock in 2 different colours of grey

Large Blue Cardstock to attach your shark to 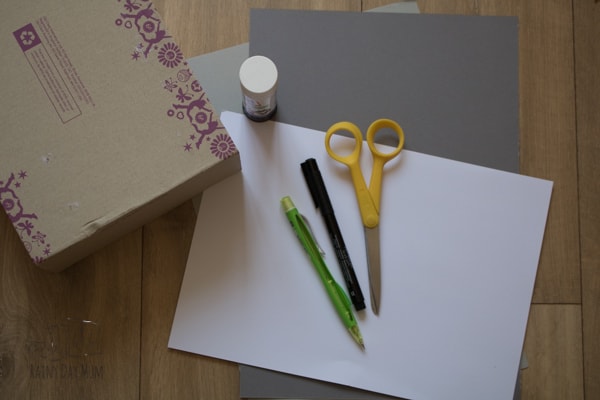 How to make your Feed the Shark Game for Ocean Week 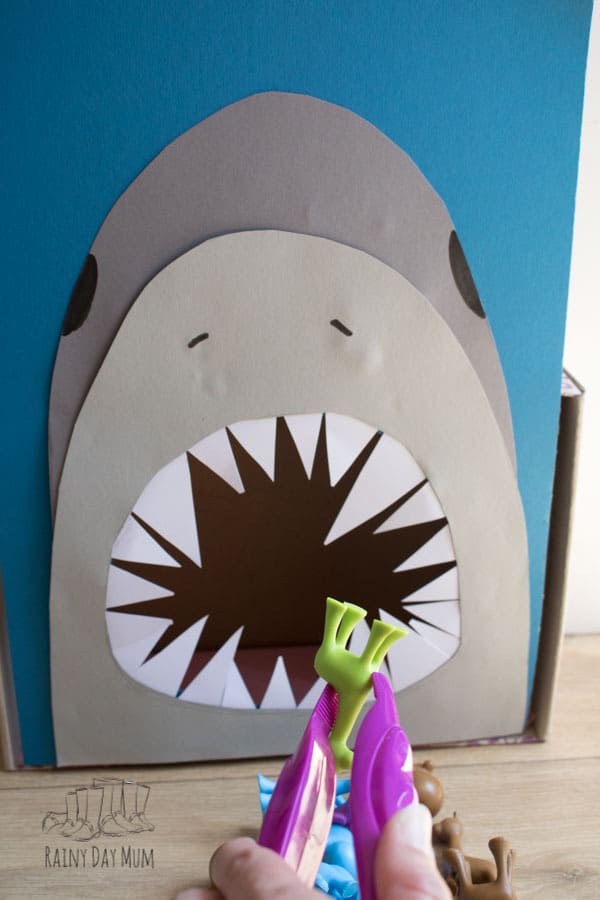 Feed the Shark Game Ideas for Toddlers and Preschoolers

Some suggestions of games that you could play

Using counters and a set of tongs roll a die and then count how many animals the shark eats write this down and then roll again. Count these into the sharks mouth feeding it with the tongs and then add the numbers together. 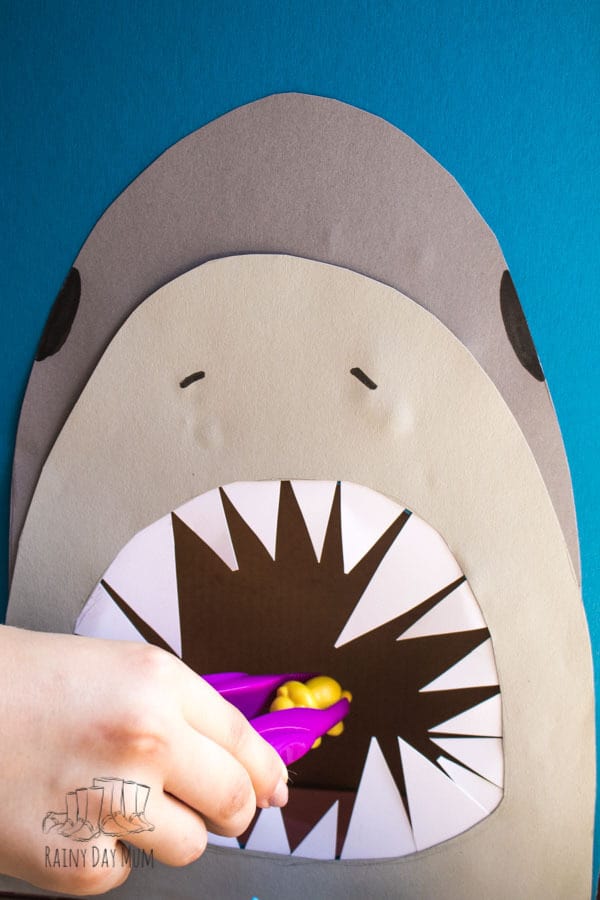 Collect objects of a similar colour and add those to the sharks mouth.

When working on letters why not use a set of magnetic letters and ask your preschooler to feed the shark all of the letter S for Shark or something similar.

Get these free shark pre-writing printables from Teach Me Mommy

More Feed the Animal Games for Toddlers and Preschoolers 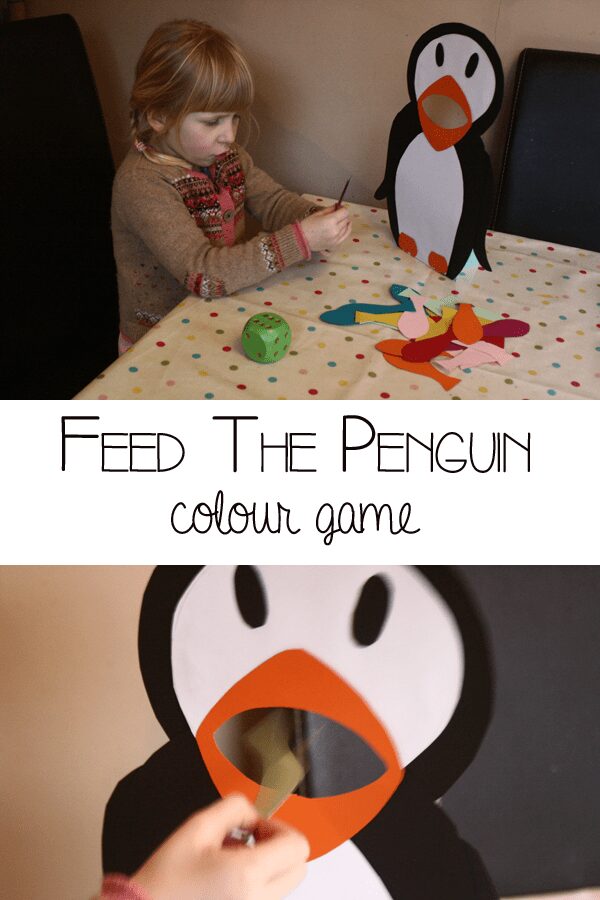 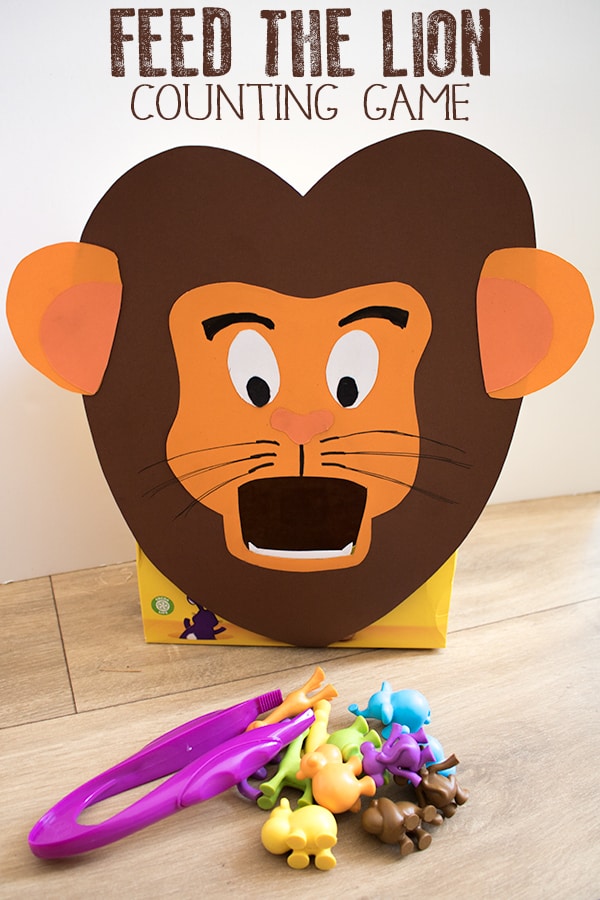 Pin This Feed the Shark Game to Make Later 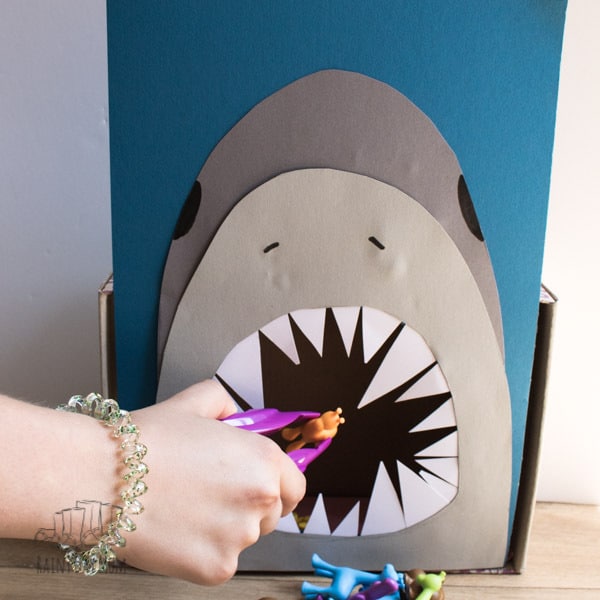 A warm welcome to Rainy Day Mum, your hub of ideas and inspiration for kids’ activities, learning, crafts, and tasty treats they can cook themselves. From tot to teen whatever the weather there’s always something fun to do.
520 shares
520 shares