At there moment there are very few films that J will sit through but of them he loves all 3 of the Toy Story films. His favourite is Buzz Lightyear and we frequently see him playing with his spacemen pretending that they are Buzz. Have been sent the Toy Story Power Up Buzz to review and been having a lot of fun with it 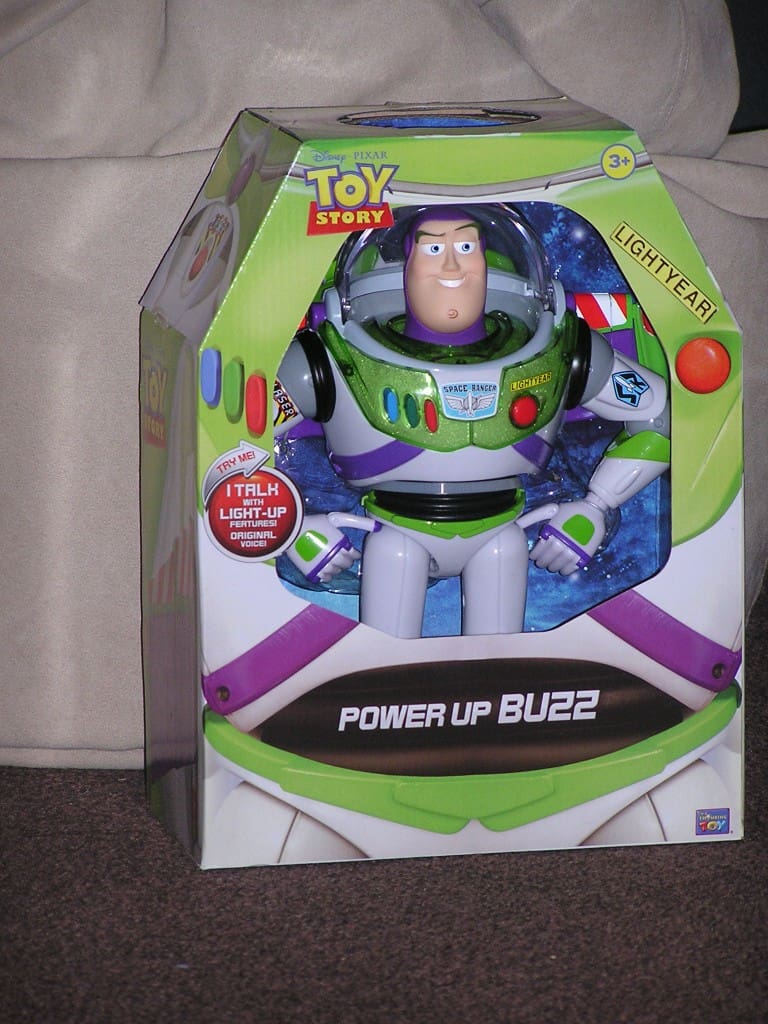 Power Up Buzz is a Disney Store exclusive and suitable for 3+. It has various different sayings which alerted J to what was inside the box as it arrived with the postman. 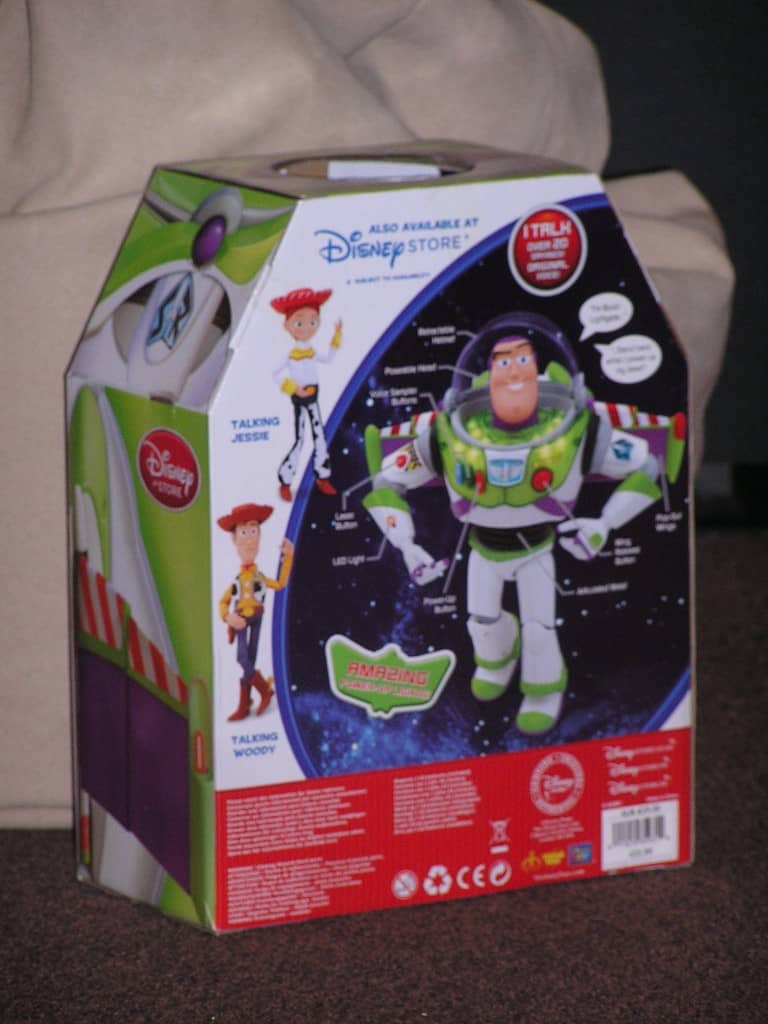 With buttons to press, helmet to go over the head, light up lazer and a movable waist and arms we knew it would be a hit – J at the moment wants a person/toy to do more and more like real life and gets frustrated when toys won’t sit down properly or walk. With one of the buttons setting off the various Buzz phrases and another setting off his lazer with a light showing up. 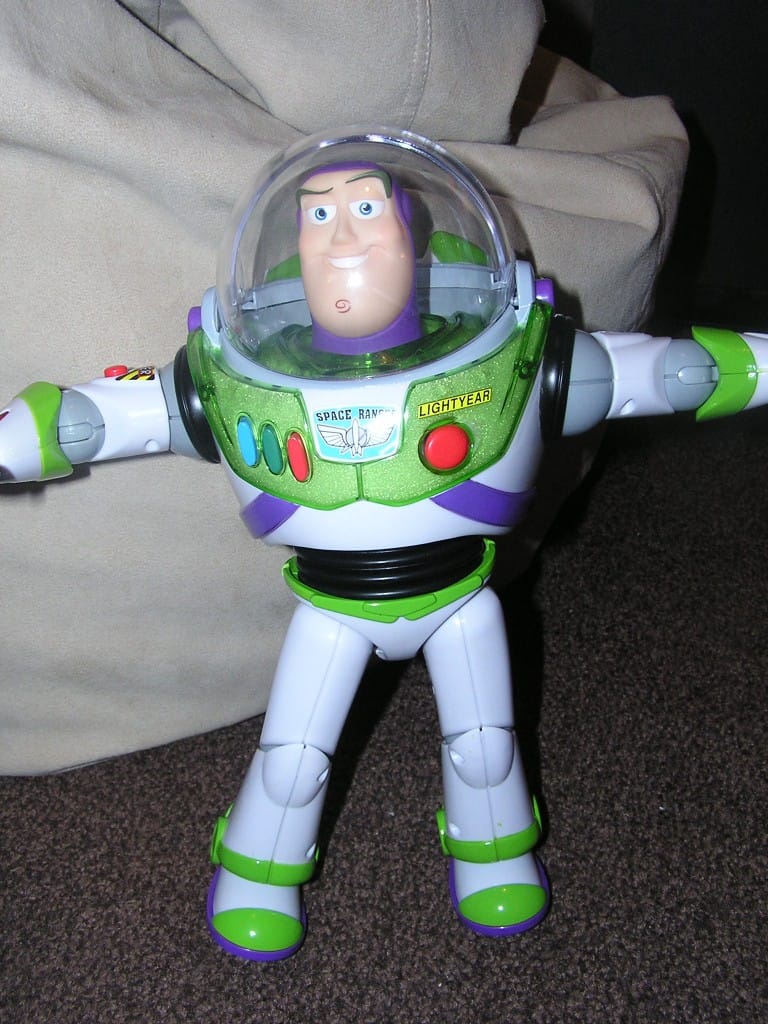 With a helmet which can be put on and taken off of Buzz’s head we were able to get right into charcter and when Buzz went it to Space to fit the evil Zurg he put his helemet on and then when the fight was over he was fine to remove his helmet when back on earth. 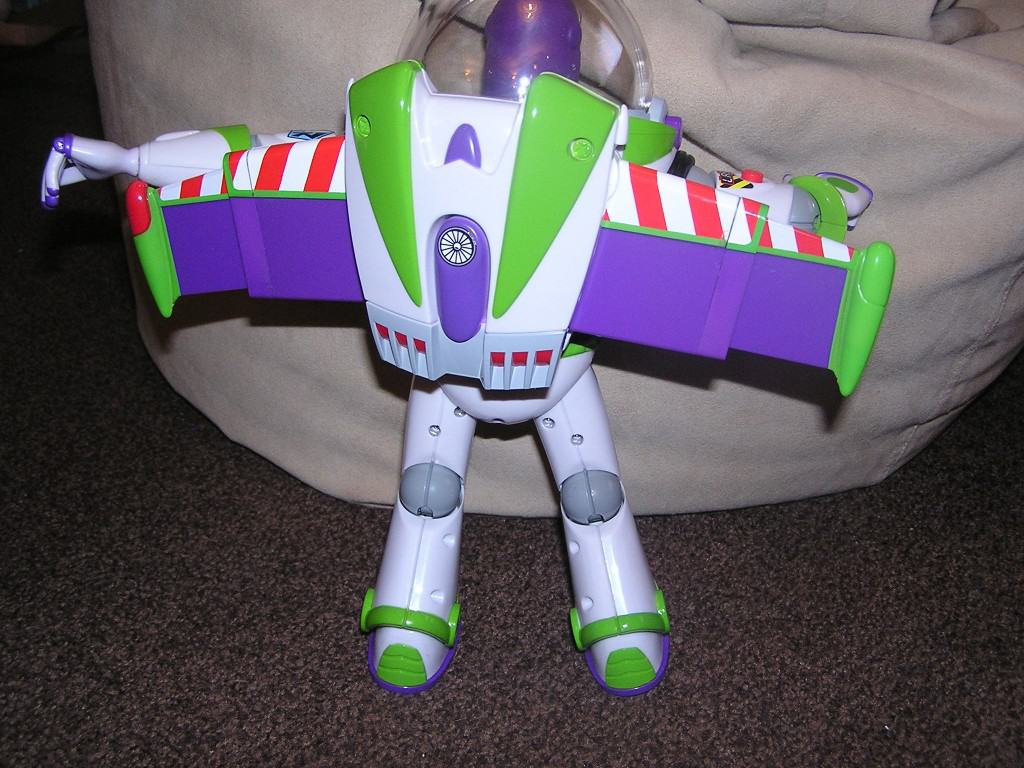 As we all know Buzz loves to fly and with a press of a button his retractable wings come out and he can fly around the room. Usually not a fan of “character” toys I love the Buzz lightyear toy. He’s sturdy and the different interactive features including the helmet, wings and lazer means that we can really bring the story to life for J.

For fans of Toy Story I can really recommend this, being exclusive to Disney Store Toys it’s a little different than the ones that I’ve seen in the supermarket – but the difference is good it allows more creativity and fun for the little Toy Story Fans in your life.

We received the toy to review, but all of the opions expressed in the post are my own and those of J.