I can’t see us ever being screen free completely the TV for us is used for pleasure and for learning, but making decisions on what the children watch is getting harder and harder. When I was young – it was easy – children’s TV was on twice a day, toddler and preschool programmes at lunch and then a children’s hour or two after school with young children’s programming scheduled first older towards when it would switch to the news and then weekend morning TV and school holiday mornings. Now of course there are channels of the stuff, I took a quick look at our sky kids and there are pages of channels with the majority of them running 24 hours a day.

With new programmes, lots coming from the US to our TV and of course the ever present peer pressure, we’re are starting to enter the minefield that is kids TV. When they were babies and toddlers even with my eldest as a preschooler it was easy to sort out what I wanted them to watch – we watched Disney Jr, CBeebies, Baby TV and the occasional programme on Nick Jr with the majority split with Disney Jr and CBeebies as both of those had no commercial advertising.

When J started school as the youngest in his year my eyes were opened wide, he came home talking about programmes that his school friends watched that I had never heard of and when he recounted as much as he knew about them to me sounded unsuitable for him. As he progresses each year it’s getting worse with more programmes, movies, video games, toys etc… and I am clueless, I don’t have the time to watch all of the programmes and decide that way as it seems that things change weekly.

With talks over Ben 10, Star Wars, Spider Man, Marvel Heroes etc… it’s really hard to know what is right for his age and what is too violent, inappropriate language or content however searching around I discovered Common Sense Media – a site with age guidelines for new and older TV, Movies, Games, Apps, Books and Music.

Take a favourite superhero Spider-Man – now from my own childhood I remember the Spider-man cartoons – there was Spider-man, Ice Man and Fire lady – remember them? It was fine for me and my younger brother to watch after school quite fun and Spider-man ALWAYS saved the day. Now there’s new Spider-man – my first thought was OK it was suitable then so we sat down to watch it together – how wrong was I gone was the hero that I remember instead he still saved the day but it was dark and violent especially for my 5 year old. Common Sense Media has both versions of Spider-man in it’s database – Spider-man and His Amazing Friends (from my childhood rated as a 6) and The Ultimate Spider-man (the version that I watched recent rated as for age 7 – although that’s the kids verdict the parents say 9!) a big difference especially when I was watching with my just turned 5 year old who is the in the school year that he will turn 6 and most of the friends already are.

As a parent we make the decisions on what the children watch until an certain age and it is our responsibility to make sure what they watch and come in contact with is suitable for their age range and them. Common Sense Media gives you information about the shows so you can then filter out those that you know will not be suitable and then watch those that could be to make the judgement yourself. 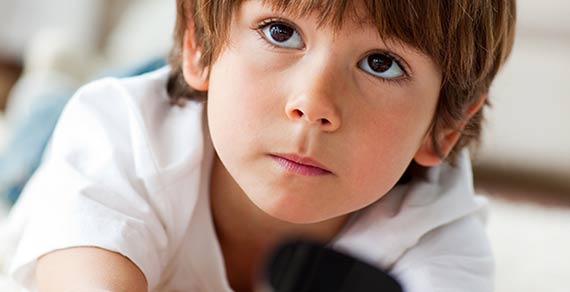 A warm welcome to Rainy Day Mum, your hub of ideas and inspiration for kids’ activities, learning, crafts, and tasty treats they can cook themselves. From tot to teen whatever the weather there’s always something fun to do.
214 shares
214 shares