Home » Family Time » Parenting » Back to basics T is for

T is for Trains 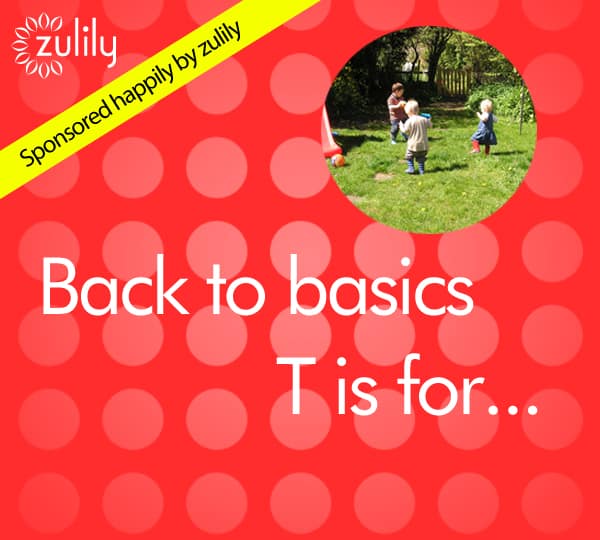 It’s that time of the week again and this week we are sharing T (it’s getting so near the end of the alphabet) and it’s T is for Trains as this weeks Back to basics post. Whether you have a little boy or girl they are probably fascinated by Trains – I know both of mine are – we stop and wave at them when ever we see then which when your back garden backs onto the train line is very very often it was in the first few words for both of them.

So here goes Back to Basics and T is for Trains.

Whether it’s a wooden train set, a plastic train set or a full scale model train set kids young and old just love playing with them. We have started to build a collection of wooden trains and tracks which get brought out and the lounge becomes the world with train tracks going everywhere and two little people crawling around on the floor pushing trains around saying choo choo choo choo. Whether it’s stand alone or added into a larger scale small world play – this was our Farm Small World Play that had a train taking passengers around to the farm.

Put some chairs or cushions in a row, find a train conductors hat and that’s it you have a train and it will go whether your imagination takes you. Ours goes to the shops, the beach and California quite often, I’m usually the train conductor telling everyone to stay in their seats (we don’t take a lot of train journeys!) and collect their fares as they board the train. We have lots of “Mind the gap” as they get on. 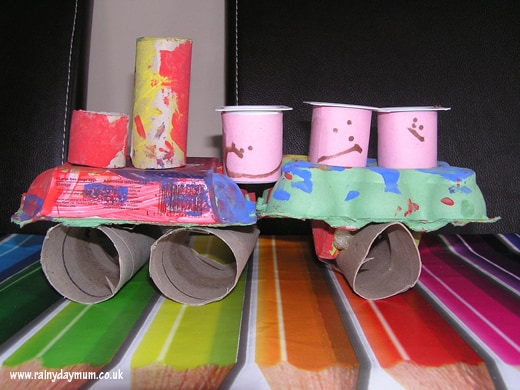 Whether you use boxes, egg cartons or other junk you can make some fun trains – this was our egg carton train with yoghurt pot passengers that we made back last spring.

Back to basics is happily sponsored by Zulily UK – with amazing offers (up to 90% off) on kids fashion, accessories for you and your home, toys and books. This week I’ve brought the gorgeous town rug shown above