Home » Family Time » Parenting » Back to Basics – G is for Games

Welcome back to Back to Basics  – This week its G is for Games. We have been playing games but I will be truthful and say I left it to this week to take pictures for this weeks post and all I’ve had this week from J is “I don’t like……..” which means no pictures. However I’m bringing some ideas for other blogs and the 1 picture that I managed to find from my archives for ideas. (Don’t you just love phases!)

This traditional playground time is great for starting to introduce preschoolers to the idea of time. T also joins in following the lead of J and her big cousin. With Mr Wolf one person stands at the opposite end of the room and is the Wolf – then others stand as far away from him as possible. As a group they shout out “What’s the time Mr Wolf” and the Wolf replies a time e.g. 3 o’clock the group moves forward that many of paces and then stops. This continues until the Wolf decides it’s dinner time at which point he turns around and tries to catch everyone – you can play this with 2 or more people. J and I will play this together whilst T has a nap. 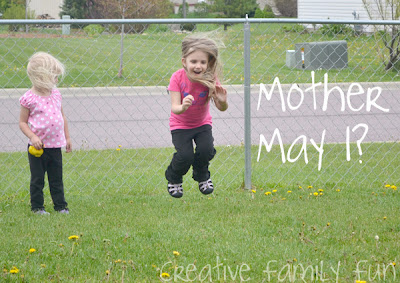 A new to me game Mother May I? but explained brilliantly over at Creative Family Fun – and what a great fun way to teach manners to very young children outdoors and having lots of fun as well. We have had a lot of fun playing this and have used “Mummy please may I?” instead of Mother May I

This is a great game for teaching “Same” and “Different” and fun to play. A bit like snap with the hands showing to the player this is a great first card game and thank to In Lieu of Preschool for reminding me about the game. We love playing I spy and at Life at the Zoo they are playing it as well.

Yes even at turning 3 some games are suitable – we have got Snakes and Ladders (or Chutes and Ladders as I believe it’s called in the US) and looking out to get some more. I’m actually really excited to buy hungry Hippo’s – yes I know but it was the one game I wanted as a child but never got. PlayDrMom has a 3 part series on games for kids and the importance of them. 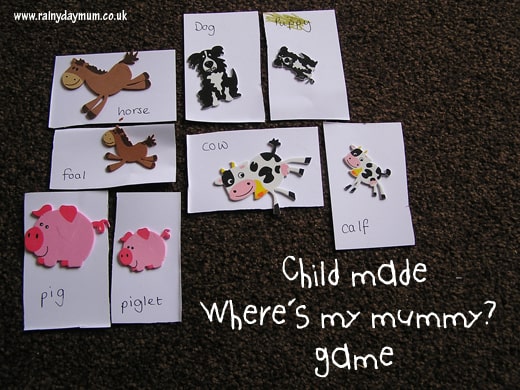 Way back in the spring we made well J made a matching game and we have been playing snap with that matching up the animals. At the moment the most fun is being Snap and snatching them up – but it’s great to talk about same and different.