I have wrote previously about using finger paints with T – I made my own which is a great recipe for anyone who would like to make their own and has a much younger baby than T. 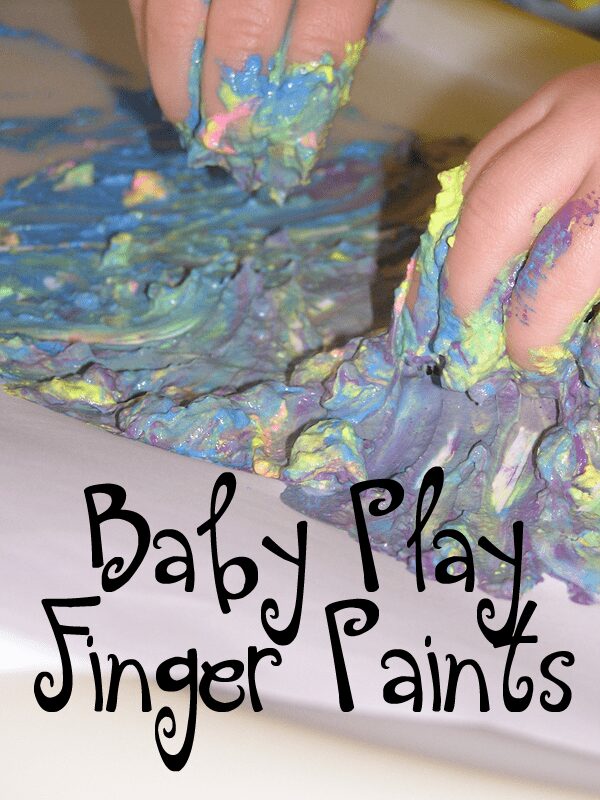 T is very into trying to do what ever J is doing at the moment – and one of the things that we are working on is a big project which involves lots of paint and using our hands. T wants to get involved as well but J doesn’t want her to as she messes with his ideas so I set up T with some of her own paints and paper. 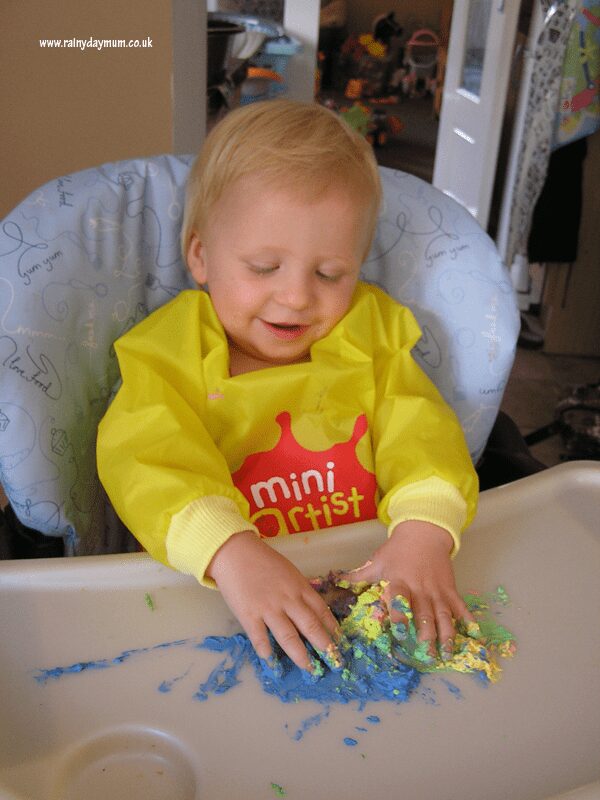 She’s getting past the stage of trying to eat everything but the paints that I chose were no toxic so if she decided to have a taste it would be safe.

The pack comes with 6 colours – no I wanted to make this about as many of her senses as possible – we learn through our senses and using finger paints means that the sense of touch will be used but with multiple colours and them mixing her sense of sight would be used as well. 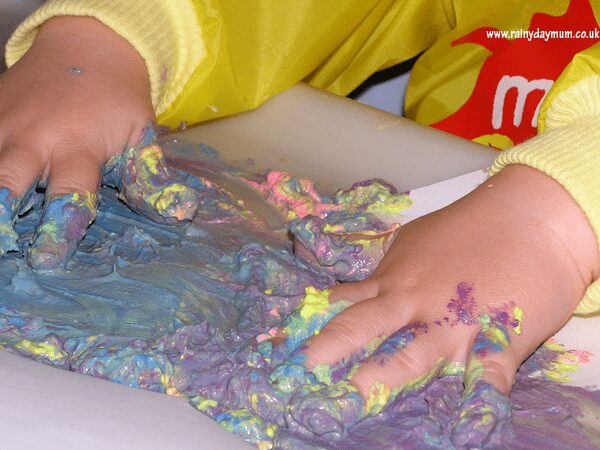 With her in her high chair – so I could contain the mess and stop her from trying to decorate J’s project as well I spooned some finger paints onto her tray and we talked about the colours and the texture as she played with it.

Check out these other arts and crafts projects as well as many more activities for babies and young toddlers here on Rainy Day Mum. 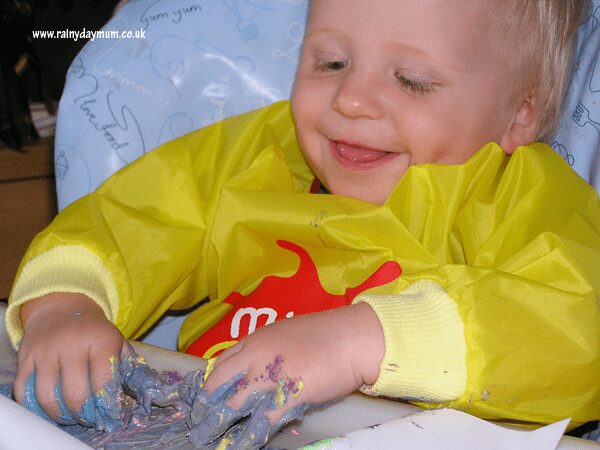 When she started to get bored with the talk I gave her a piece of paper as well – her eyes lit up, I think she felt like she was doing what J was doing and proceeded to copy him covering the paper in her paint.

It won’t be long before T will be able to work on projects with J but at the moment I’m facing the new challenge of two little ones that both want to create at the same time with different skill levels – so it’s some creative thinking needed. 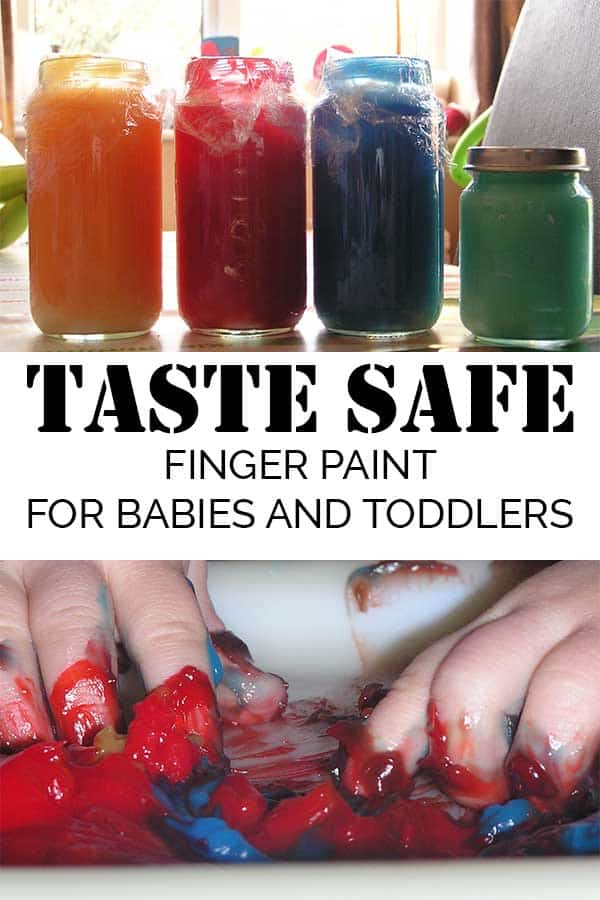 A warm welcome to Rainy Day Mum, your hub of ideas and inspiration for kids’ activities, learning, crafts, and tasty treats they can cook themselves. From tot to teen whatever the weather there’s always something fun to do.
376 shares
376 shares