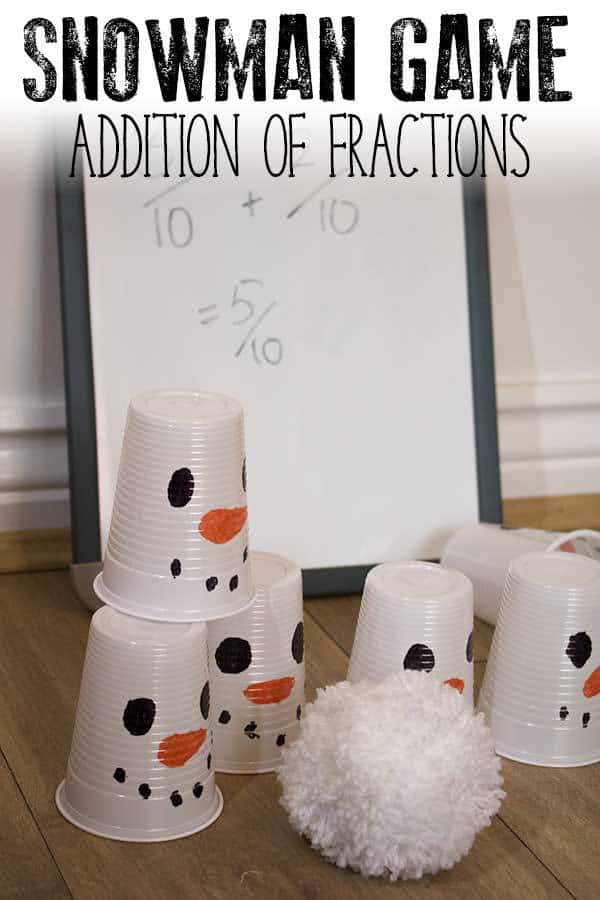 Materials Needed for the Snowman Addition of Fractions Game

10 cups (ours were reused from a party)

Whiteboard or paper to write the fractions on

Work on Fraction Equivalency with our Pumpkin Pie Fraction Snap Game available to download or purchase from our store.

Preparation Needed for your Addition and Subtraction of Fractions Maths Game

On the 10 cups draw a simple snowman face – so that they balance you need to have the base of the cup at the top. 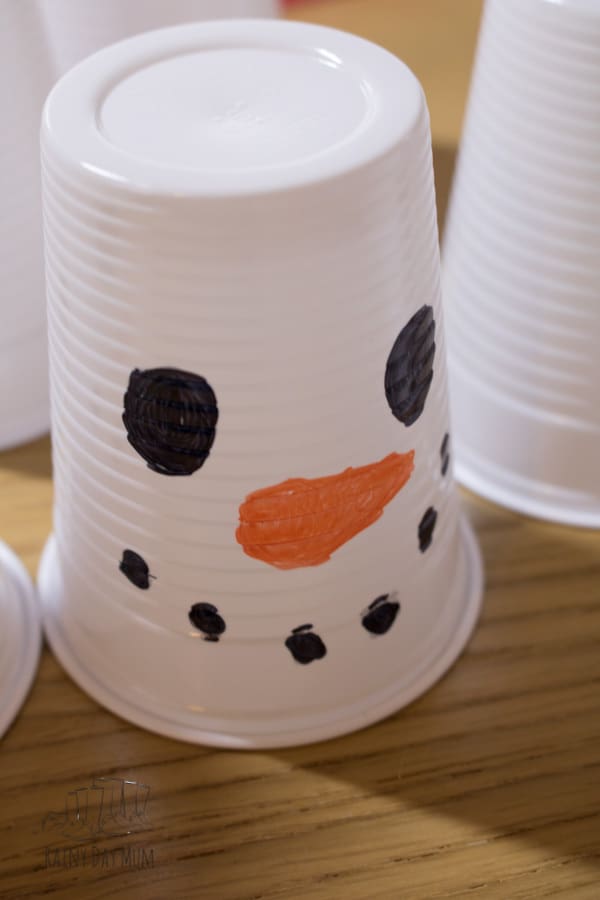 I used a black and an orange sharpie and drew on two large eyes and then some black dots for the mouth. Plus a “carrot” shaped nose. 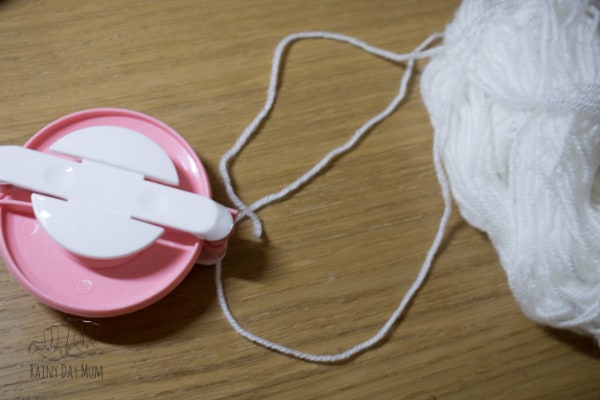 You could use a ready-made pom pom but with one of our pom pom makers, I created a white snowball that we could use in the game. 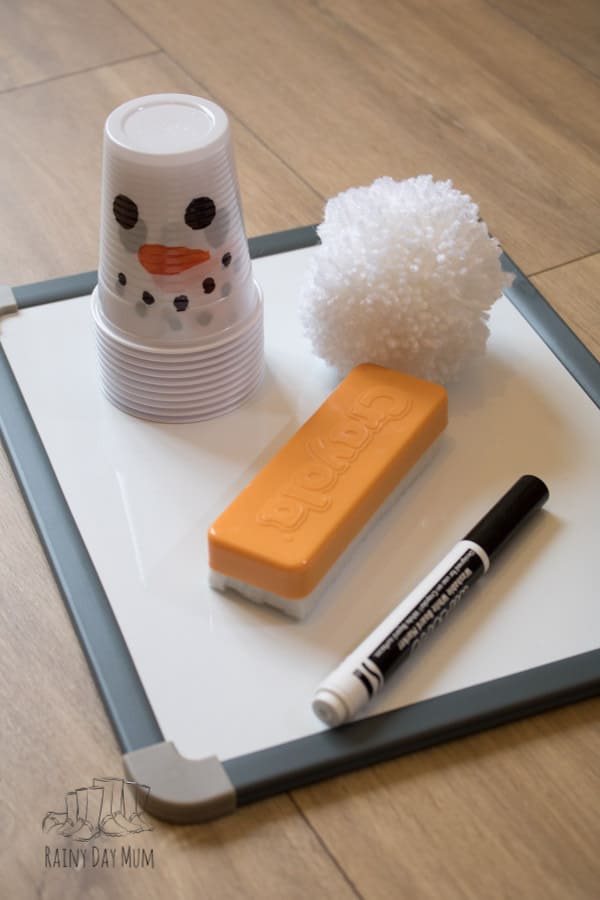 This game can be played in a single match with 1 person, or you can play a set of games or multiple players – see the instructions for different games below. 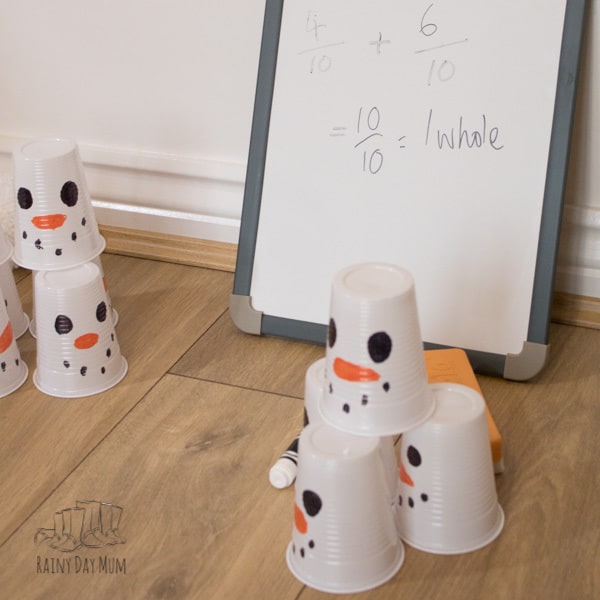 The common issue when children start adding the fractions is that they add both the numerators and the denominators so you could end up with an answer like 8/20 if they have knocked down 2/10 and 6/10. Using a game like this you can ask them to check their answer. 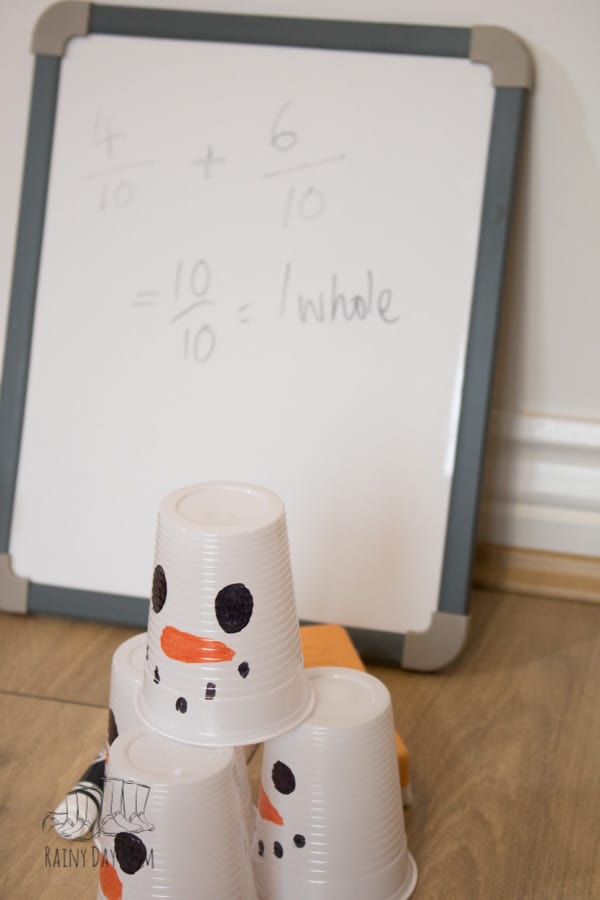 In this version a single player will play multiple rounds of the game as above recording the score as a fraction for each game – they will then add they rounds together.

Unlike the single round game, this works on the addition of fractions over the whole but still uses the same common denominator. 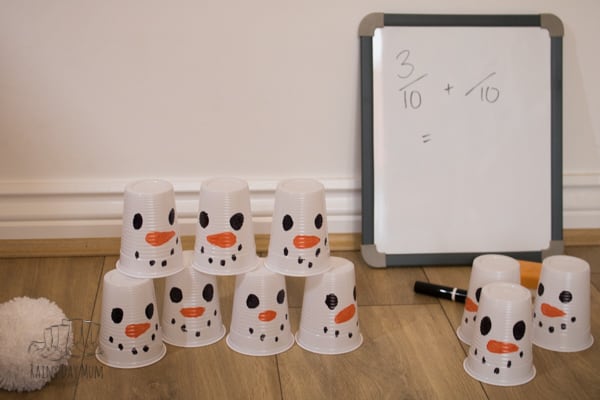 A two player game is played the same as with single players, taking turns to knock over the snowmen. 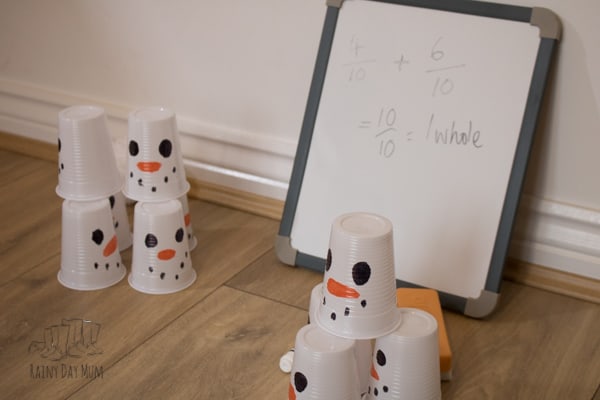 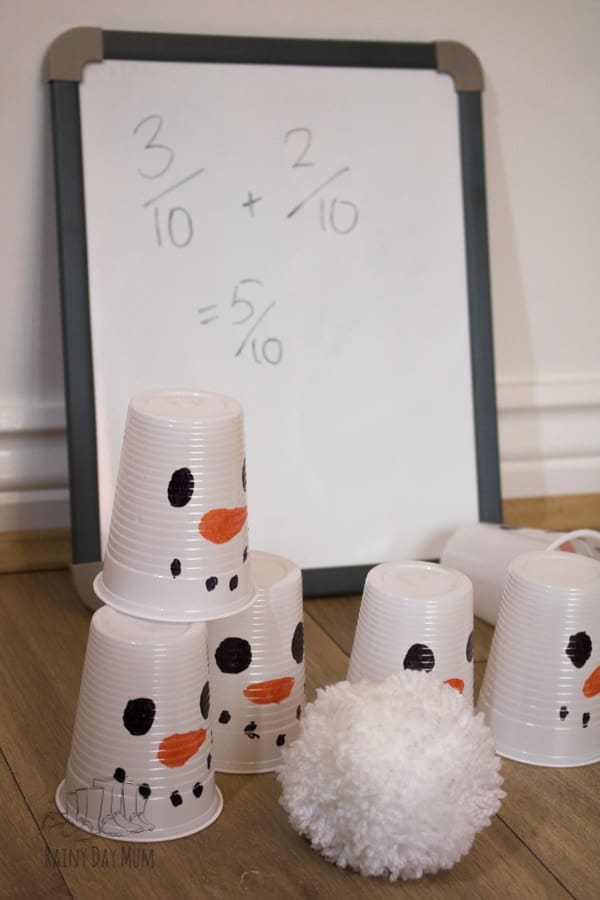 Pin this Addition of Fractions Game to Make and Play Later 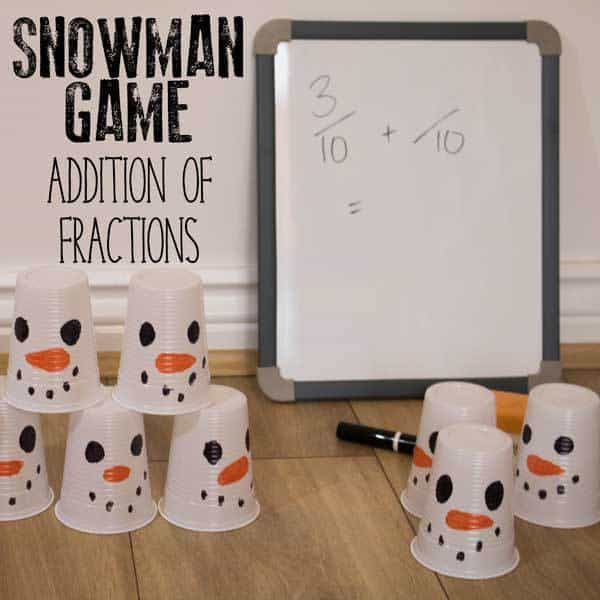 A warm welcome to Rainy Day Mum, your hub of ideas and inspiration for kids’ activities, learning, crafts, and tasty treats they can cook themselves. From tot to teen whatever the weather there’s always something fun to do.
38 shares
38 shares